When I started visiting Irish lighthouses, they seemed a most unwelcoming lot. The yellow 'Trespassers will be shot' signs were often placed a long way up the roads to the lighthouse, thus ensuring you couldn't take photos from different angles. You got one shot from outside the gates and that's your lot. Now turn around and go away. (I must confess, I always saw the yellow signs as a challenge rather than a deterrent, the way Dougal viewed the red 'Do not press' button in the aeroplane. And it will always be on my conscience, if I had one)

Slowly, though, the times are a-changing and CIL are starting to understand that a lot of people like lighthouses and there's a tourist potential there. Plus it's somewhere unusual and educational to bring the kids. Hook, Fanad, Loop Head, Mizen Head, Ballycotton and Valentia are now open to the public for at least most of the summer months and fantastic places they are too.

However, the good news is that during lockdown, people have been busy. A number of other communities are realising that a lighthouse is a wonderful piece of maritime history - the keepers who served there, the disasters at sea, the power of the ocean, the families, the ferrymen, the science of the lighting equipment. And plans are afoot to seek out this history and record it for posterity, as well as maybe opening up the lighthouses a little bit. 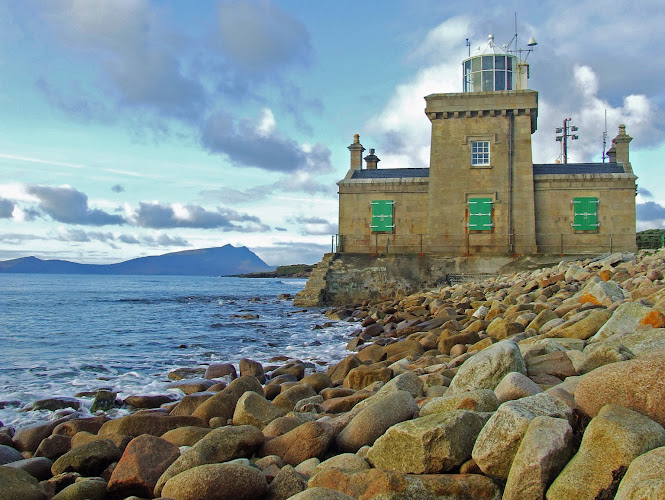 John Kelly's wonderful photo of Blacksod lighthouse
To the fore in this department are the good folk at Blacksod lighthouse on the Mullet peninsula in Mayo, who are opening up their doors to the public in the very near future. Rosemarie, Laura, Tina and Evin have been working tirelessly, researching the histories of the Erris lighthouses - Blacksod, Blackrock, Eagle Island and Broadhaven - and it looks set to be a major tourist draw on that beautiful peninsula (seriously, have you seen some of the beaches out there?)

Fanad is also looking for people with connections to the lighthouse there to get in touch with their stories and tales to form the basis of compiling the history of that wonderful lighthouse.

Exciting things are also happening at Fenit with an aim of reopening up one of my favourite lighthouses, Little Samphire Island. Planning is at an early stage but it is hoped that lighthouse tours will be available and also the possibility of using the building as a research centre. If it had more beds, I'd say it would make a wonderful artists' retreat! 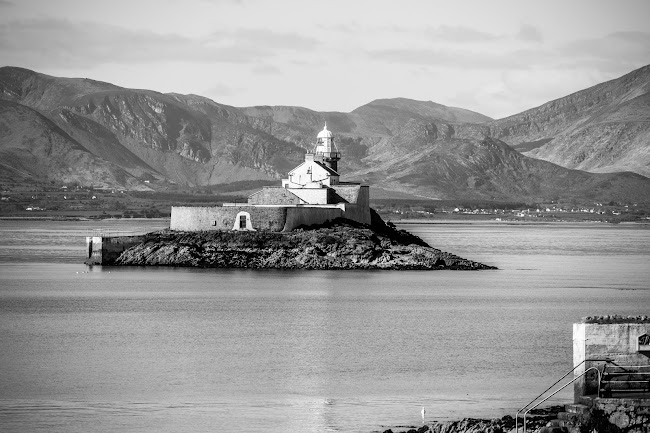 Rathlin Island East is also looking for information from the public about the history of the lighthouse there - folk memories, former keepers, triumphs and disasters - with a view to installing an exhibition there.

And there are also tentative plans to open the North Wall Quay in Dublin to the public, probably by appointment only, though this seems to be a good way off.

Other lighthouses have Open Days, often during Heritage Week, when they fling open their doors and allow people in. Wicklow Head has done them, the Old Head of Kinsale too. I daresay there would be plenty of scope to extend this right around the country. So, although some of the buildings are going to rack and ruin, at least some of our lighthouses are being a little bit more welcoming. 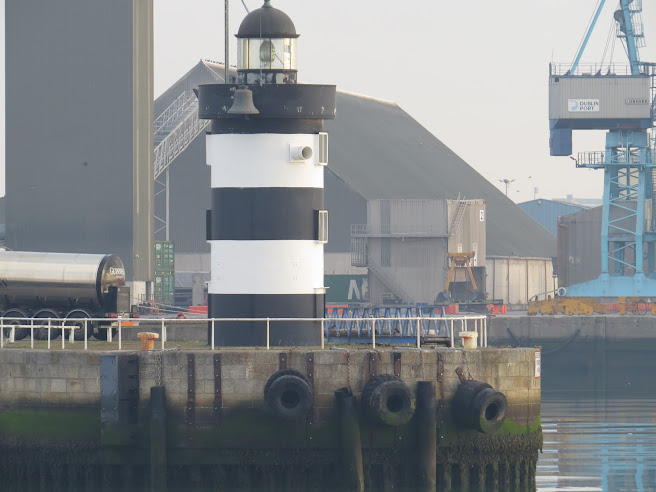 Posted by Peter Goulding at 2:29 PM