Lighthouses of Ireland by Roger O'Reilly 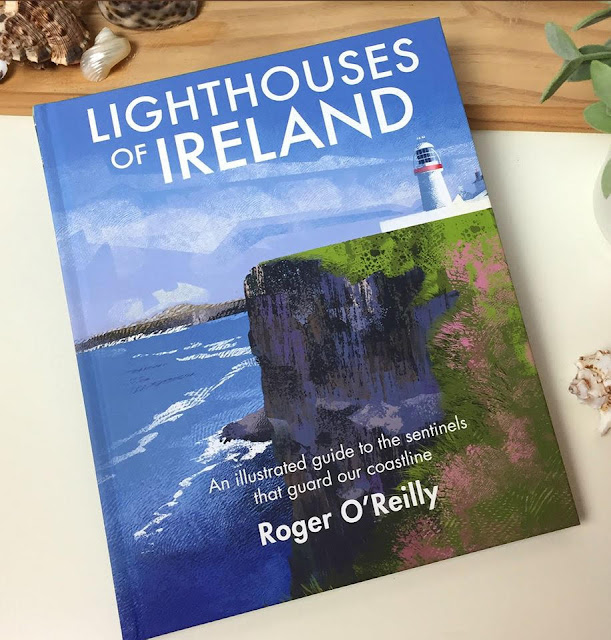 For some reason, there has been a lot of lighthouse stuff in the media recently and consequently a lot of people who know of my fascination with the subject, coming up to me and asking if I heard the radio series on the Lightkeepers or watched the recent Great Lighthouses of Ireland television series. (The answer to both was yes!!)
Now comes an absolutely sumptuous book "Lighthouses of Ireland" written and illustrated by Roger O'Reilly, a 200 page hardback volume with over 280 illustrations that show the great diversity of lighthouses in Ireland, whether in their location, size or colouring. However, this is no mere text book - though each of the lighthouses is described in an informative yet easy-to-read style - but more of a work of art. For the illustrations are not photographs but hand drawn illustrations that capture mood as well as detail. It is a beautiful book, personally signed and quite a bargain at €27.99 on Roger's website. This price approximates to the cost of a bottle of Jameson's, so I will be asking one of my children if they will buy me this book rather than another whiskey for Christmas!!


Posted by Peter Goulding at 1:27 PM No comments: