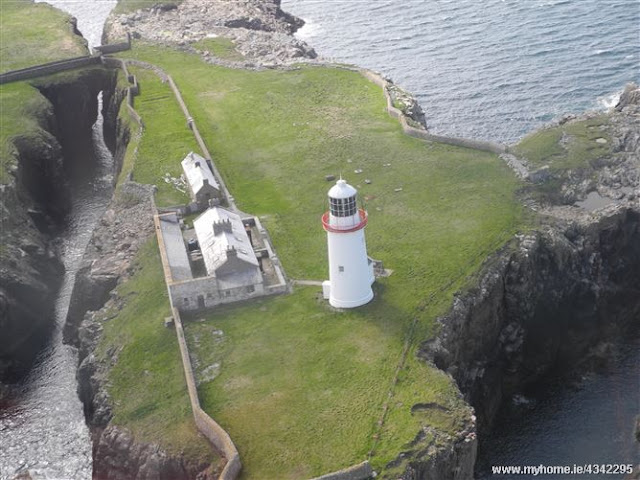 Rathlin O'Birne is one of the few Irish lighthouses I have yet to clap eyes on and, despite this post, it is still the case. It is situated on a small island in south-west Donegal and I have planned for some time to do a road trip to capture the three lighthouses on that jutty out piece of land - St. John's, Rotten Island and Rathlin O'Birne. 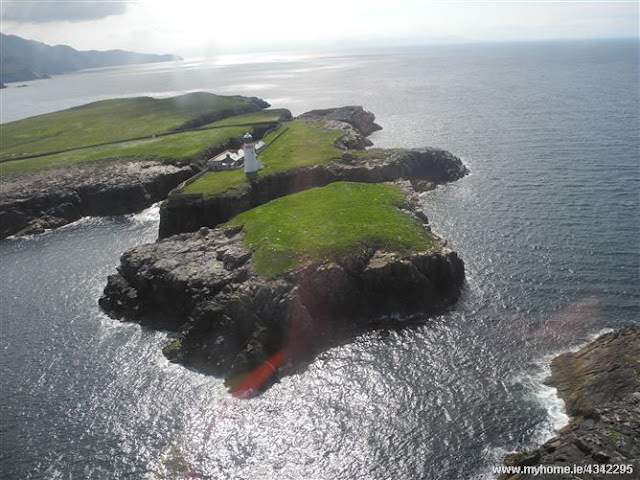 The lighthouse was constructed on the island by 1846, though for some unfathomable reason it was ten years before the light went live. Along with the light were two keepers' cottages and a few outhouses and precious little else. Despite its proximity to the mainland, landing has always been tricky on Rathlin O'Birne - there is no slipway landing place and a dead calm sea is vital for boats to land. 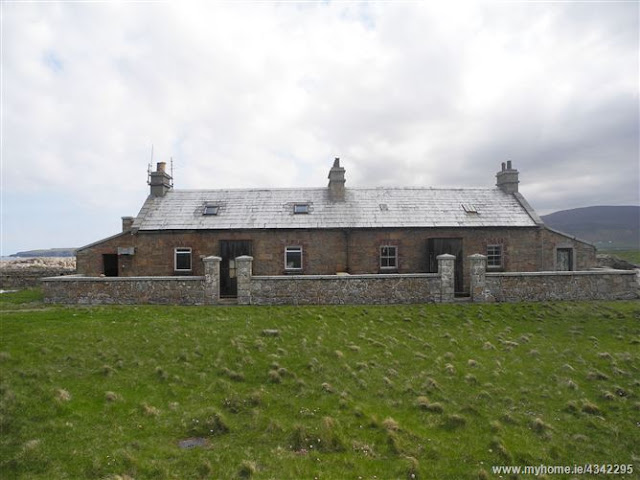 It also has the distinction of being the world's first nuclear powered lighthouse and the only such light in Ireland. The isotope generator was landed on the island in 1974 after a six day journey from Dun Laoghaire. 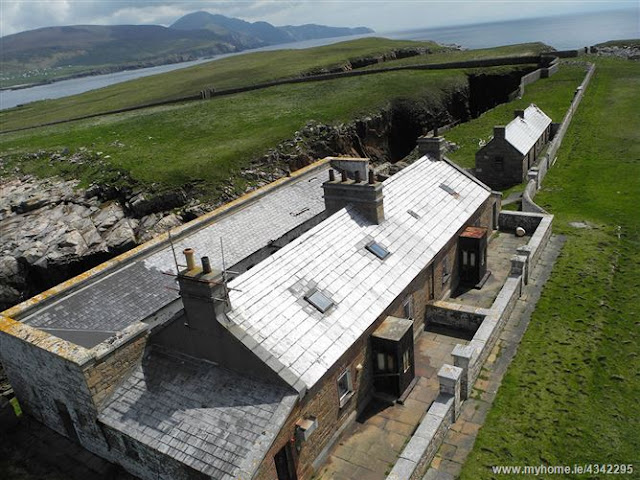 The reason I am posting this up, as eagle-eyed viewers may have spotted, is that the island is up for sale on myhome.ie. Or rather, seven acres of it is. The lighthouse itself is still fully functioning and remotely controlled though the keepers' cottages, now somewhat dilapidated and in need of a great deal of TLC are included. The property has a guide price of €75,000 and is being sold by DNG. I am posting up the complete set of brochure photos as they will probably disappear when the listing is taken off the market. The link may similarly not work if the property is sold. 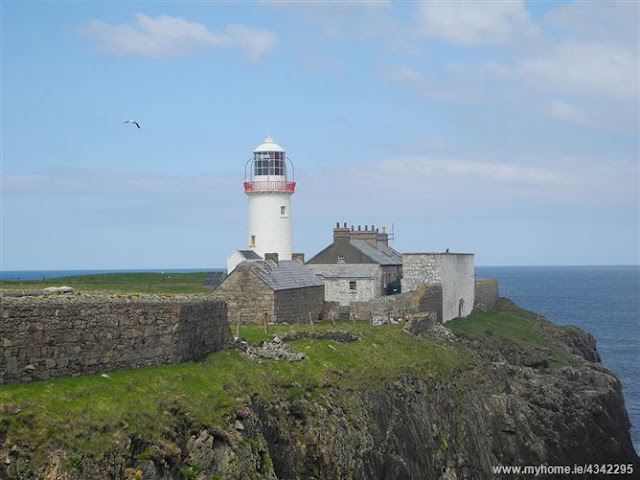 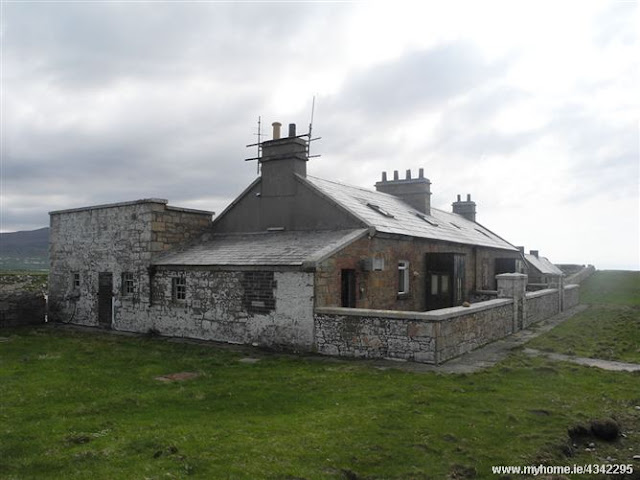 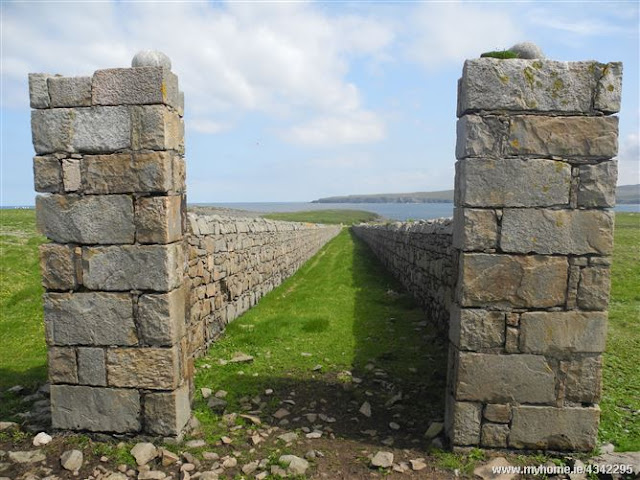 This is the sheltered walkway leading from the lighthouse to the landing place, similar to the one on Eagle Island. 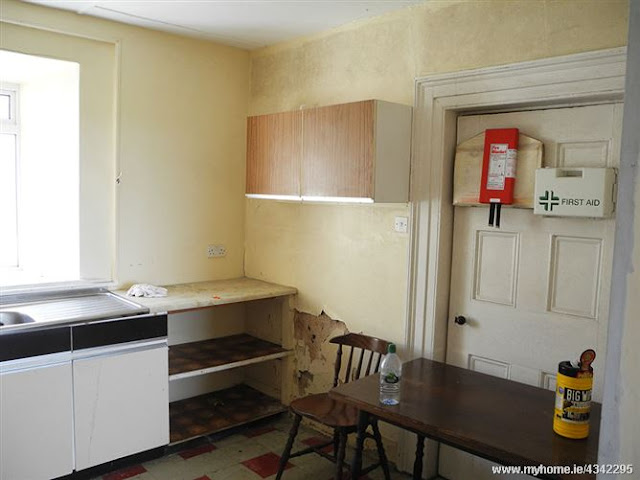 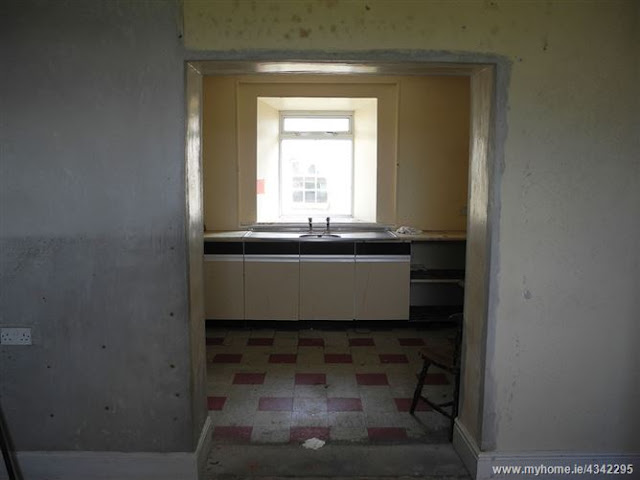 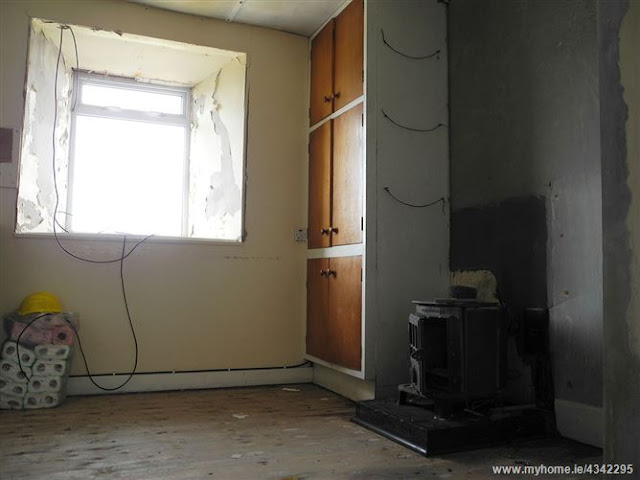 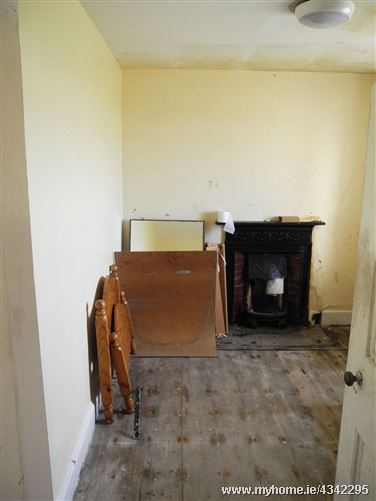 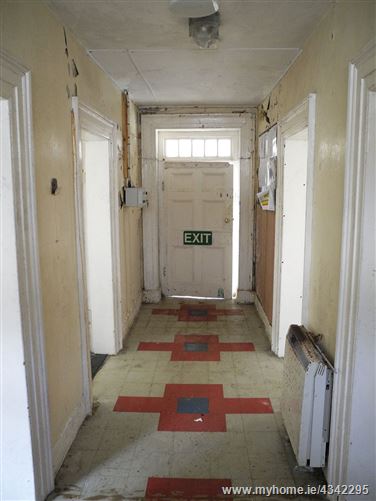 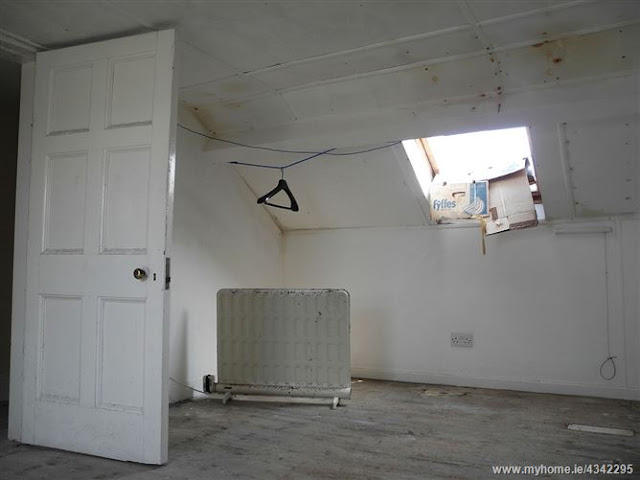 I assume the black coat hanger is included in the price. 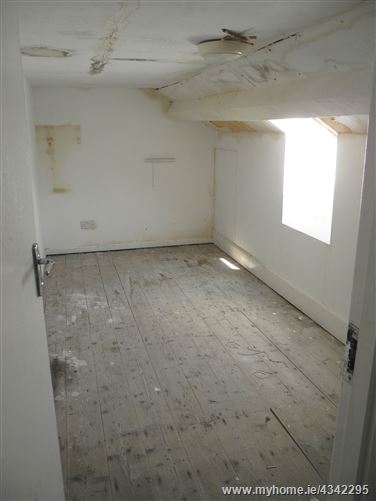 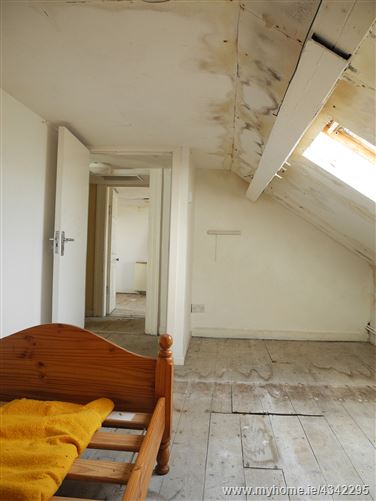 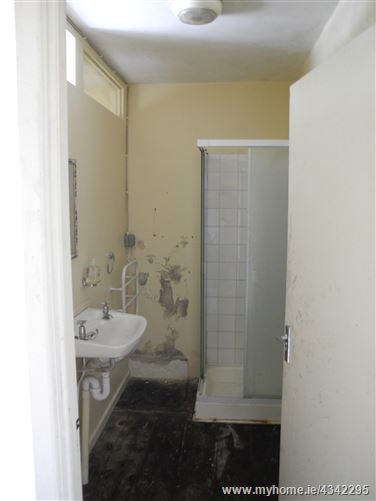 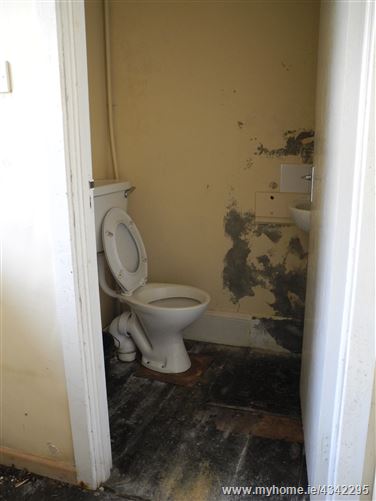 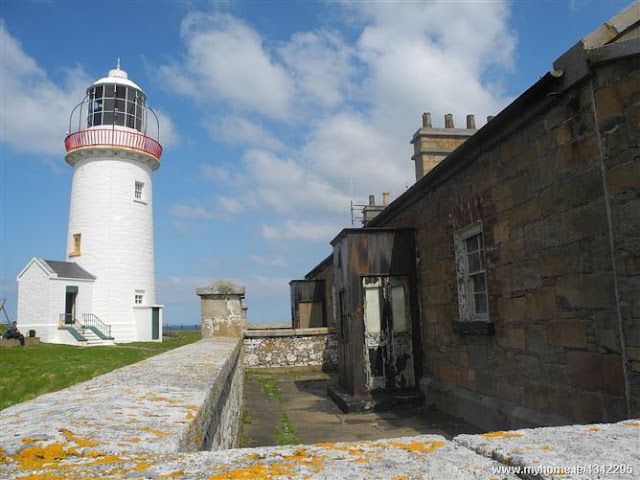 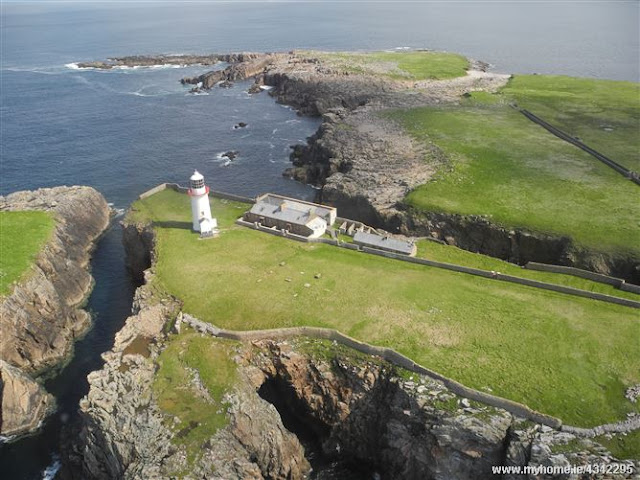 Posted by Peter Goulding at 12:11 PM No comments: