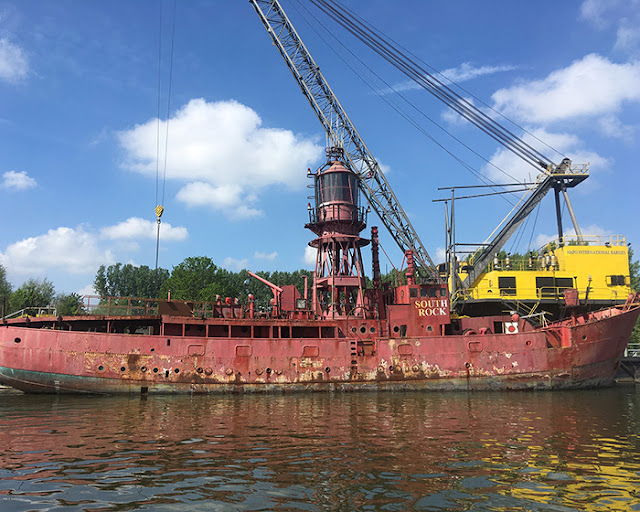 The latest news in the soap opera that is the Lightship Gannet comes to me from the legendary Russ Rowlett, compiler and editor of the the Lightshouse Directory, the unofficial bible for all lighthouse enthusiasts.
Lightships were once very common around the shores of Ireland and indeed the small island to the east of us. They were located wherever it was too dangerous, or too economically unviable to build a lighthouse, such as the Saltees off the coast of county Wexford or the shifting sands of Dublin Bay.
Nowadays, these guardians of our coastline have all but disappeared. The only complete lightship left in Ireland is moored in Strangford Lough; there is a mast and light on one of the quays in Arklow; another lightship is, I believe, being used as a floating restaurant on the Seine in Paris.
Lightship Gannet, built in 1954, was stationed off the county Down coast at the site of the very old South Rock lighthouse, one of the world's first wave-washed lighthouses. 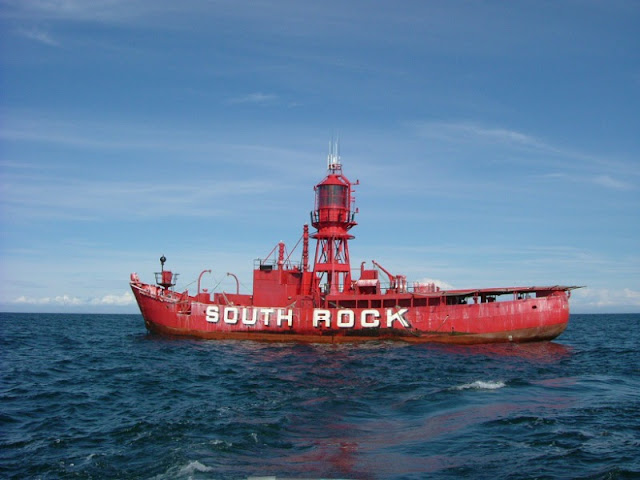 It was decommissioned in 2009 and purchased by a man with the very strange name of So long and thanks for all the Fish who had her towed to the Medway in Kent for a conversion. The blog of that conversion incidentally makes fascinating reading.
Anyhow, the mercurial Gannet has been on her travels again, ending up in the heart of mainland Europe. She was towed up the Rhine to Basel where, to the delight of thousands of onlookers, she was hauled out of the water by a giant crane and laid gently in Holzpark Klybeck, which appears to be a part of Basel's harbour area, dedicated to culture and the arts. For those of you that know Basel, it is a part of the Swiss section of that city. The 600 tonne vessel will be used for restaurants, cultural events and a radio station. 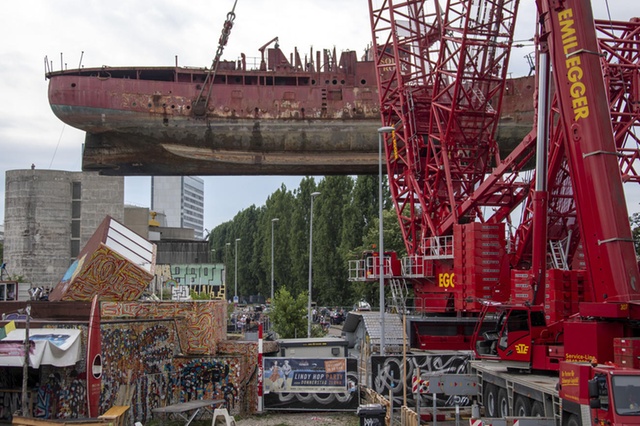 I was a little perturbed at first that the photographs did not show the mast and lantern on the ship but at last I found another photograph that indicates that they are not far away!! 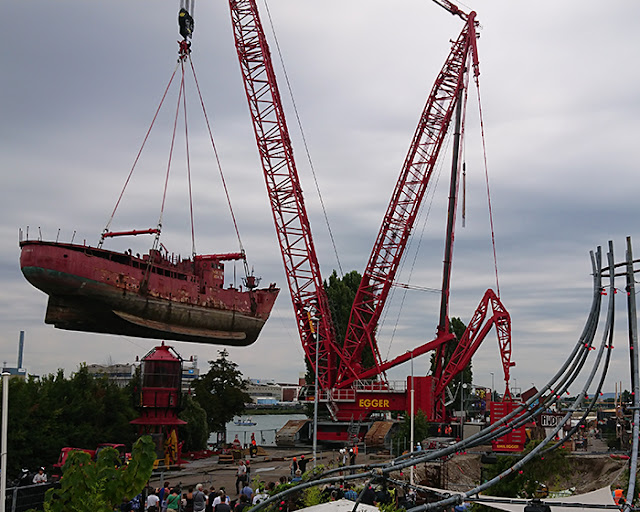 My thanks to Tom Brunner for sending me a video of the hoist. The lantern incidentally is back attached to the ship.

Posted by Peter Goulding at 12:15 PM No comments: