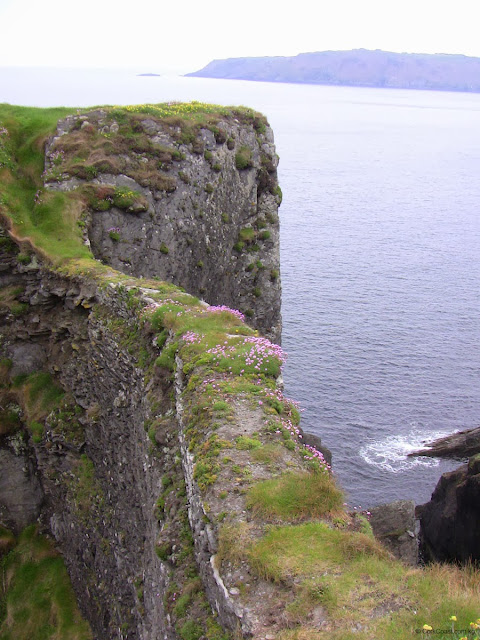 My beloved wife and myself were down in Blarney for a couple of days during the spring and I suggested we go down for a drive to the Old Head of Kinsale. Nothing to do with my passion for lighthouses, of course, but seeing as we were there, we thought we might as well take photographs! See here and here. 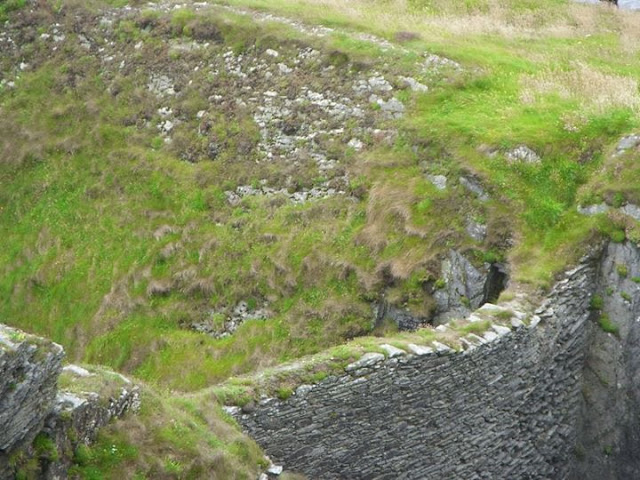 Couldn't get close enough because of the golf course which I was rather frustrated about. How to get closer? Well, I'll admit that the thought did cross my mind that I might play a round of golf on the course to get nearer. Two things made me see sense 1) I wouldn't know one end of a golf club from another and 2) it would be giving money to the people who are preventing the public from enjoying the wonderful national heritage of the Old Head. 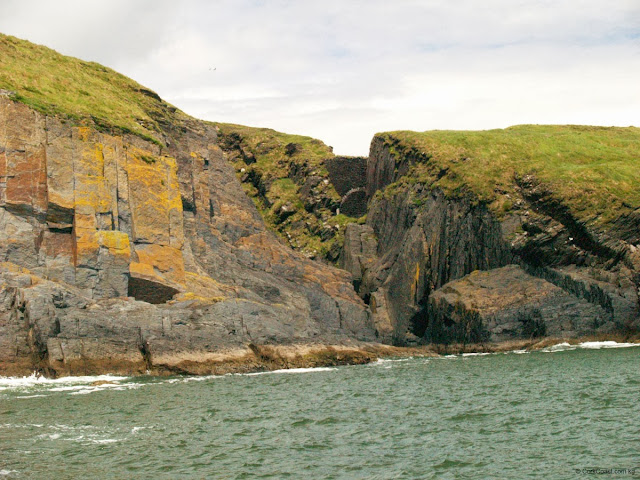 Just so happened, I was talking to a guy called Karl Grabe yesterday and he told me that there were 2 open day to the lighthouse in September. Karl who is a keen photographer took a lot of photographs and also a video of the trip. Soooo envious! He says there might be further trips this year, so I'm keeping my fingers crossed. 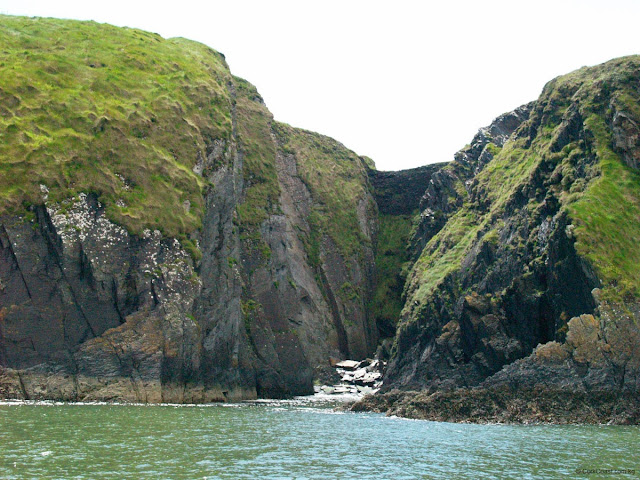 Anyhow, the first lighthouse on the site was erected in 1665, one of the famous six, supposed to have been maintained by Sir Robert Reading. Basically it was a cottage with a brazier on the roof. Reading was more interested in profit than lighthouse maintenance. The brazier was replaced by a lantern in 1804. In 1814 this was replaced by a 42ft stone tower - the keeper's cottage adjoined it. The current tower, built in 1853,  is the third lighthouse on the site.
Or so I thought.
Talking to Karl, he mentioned an old wall that he had come across on the east side of the Old Head. His photographs appear above. It is a curious affair, built in the V of a ravine. According to Jerome Lordan, who runs the Spirit of Kinsale harbour cruises and who is a serious local historian,
"The origins of this wall remain a mystery, but it is most probably post-medieval. Some local tradition has it that the wall was built by the merchants of Kinsale to house a light/fire or noise system to safely guide ships up to Kinsale Harbour. This was thought to be tended by monks who resided nearby and manned the site in conditions adverse to shipping.There was a period from 1680 to 1720 when no lighthouse was in operation further south near the present day light and even after that until 1780 it operated infrequently. This may have been the period when this was in use. The wall is about 1.5 ft wide and has a sheer drop on both sides, the bottom of the wall is arched beautifully and it has been filled in at a later date underneath. There is evidence of a parallel wall about 10ft to the east, this may have at one point been used to suspend a bridge between both walls."
If this is true, and it seems like a very reasoned interpretation, then this adds an extra lighthouse to our ancient map of Ireland.
(Must do that Harbour Cruise the next time I'm down!!)

News just in that the last of the terrible storms that have been assailing the coasts of Ireland for the past three weeks has swept away the lighthouse on Gun Rock, Inishbofin, co.Galway.
The photos above courtesy of Ciaran Ferrie
It appears that the much older stone day beacon has remained undamaged
Posted by Peter Goulding at 5:29 AM 1 comment: