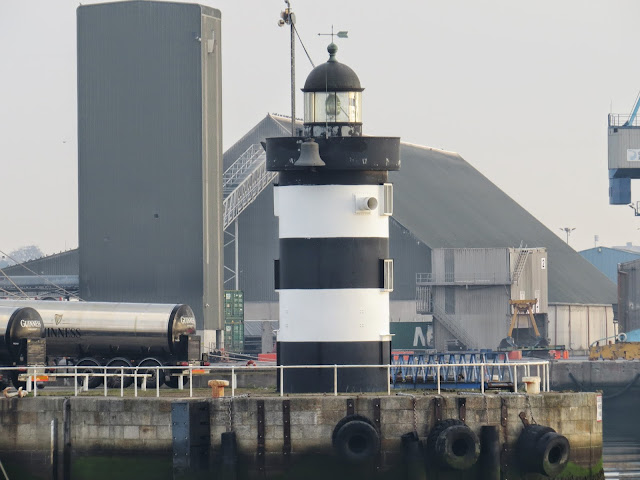 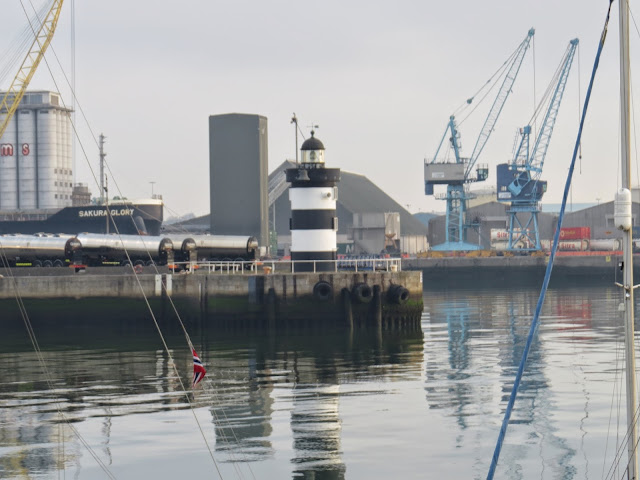 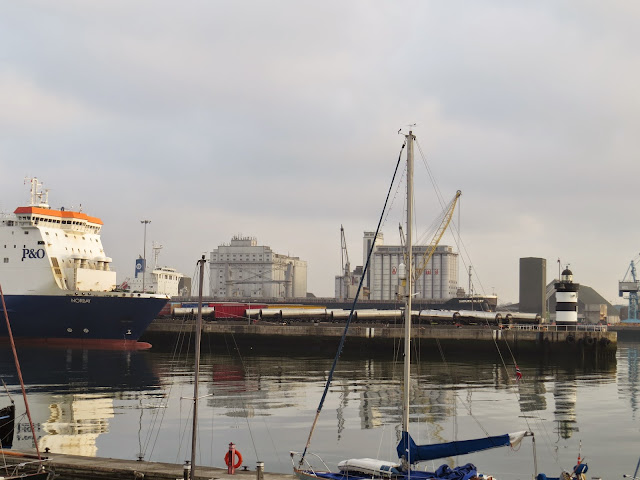 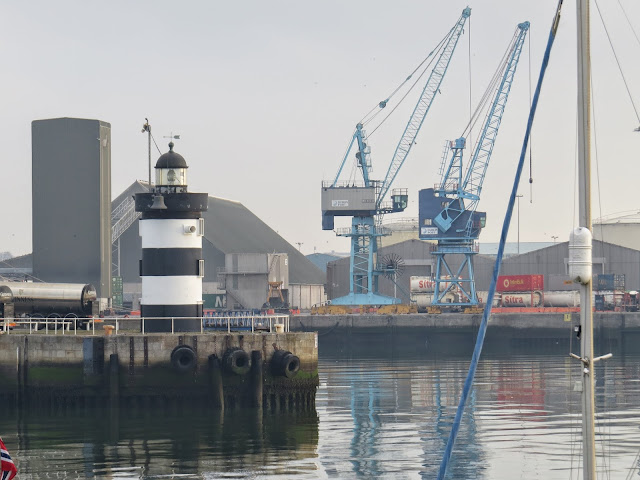 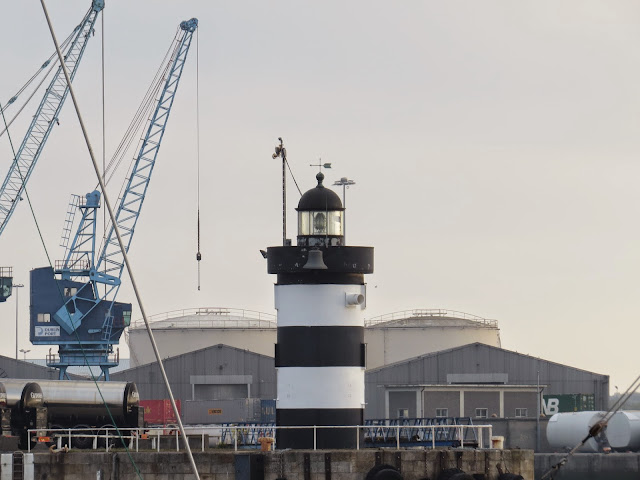 There has been a light here since 1820, though this light was only erected in 1904. I have tried to no avail to find a picture of the pre-1904 light. Apparently the records of the Dublin Port Authority have been transferred to Fingal County Council, who, because of lack of manpower, funds etc, are holding them in an off-site, unsearchable storage facility.
Posted by Peter Goulding at 12:45 AM 1 comment: 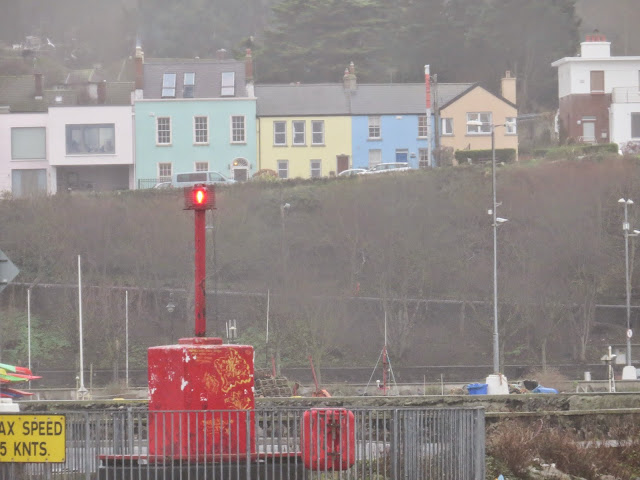 And so to the trawler pier at Howth, just across from the West Pier. Red rather than green. That's about as much as I know about it. 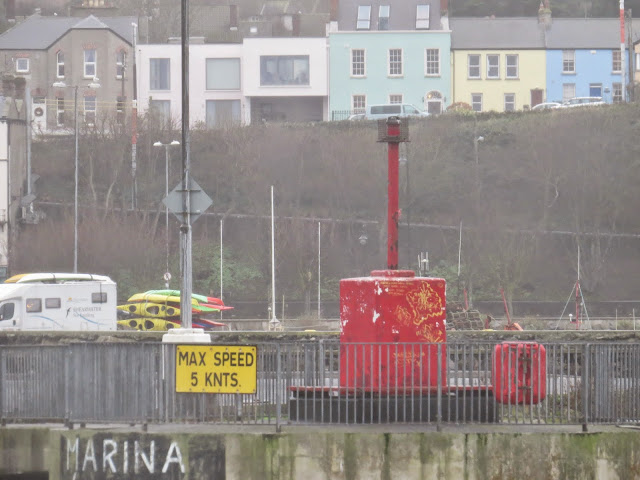 Below, the two pier lights together 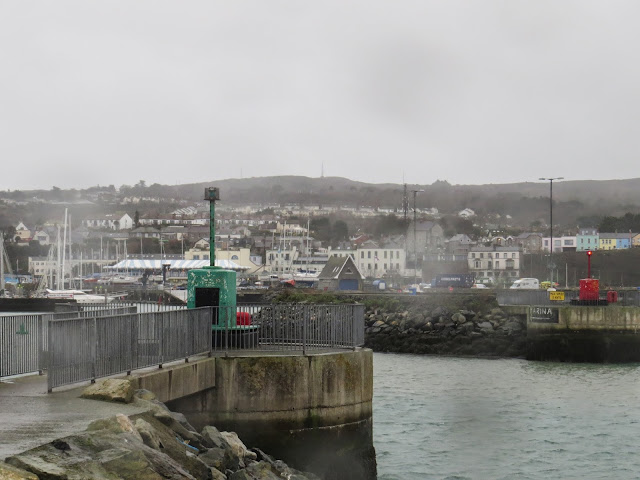 Posted by Peter Goulding at 12:28 AM No comments: 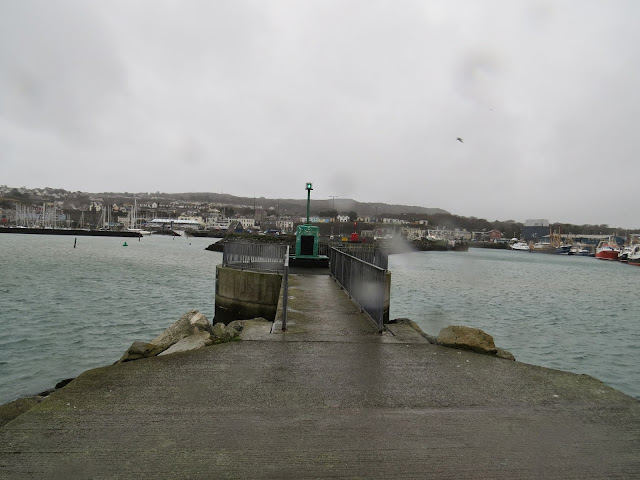 While on the West Pier, it seemed churlish not to photograph, the West Pier light. I have no idea of date of construction etc 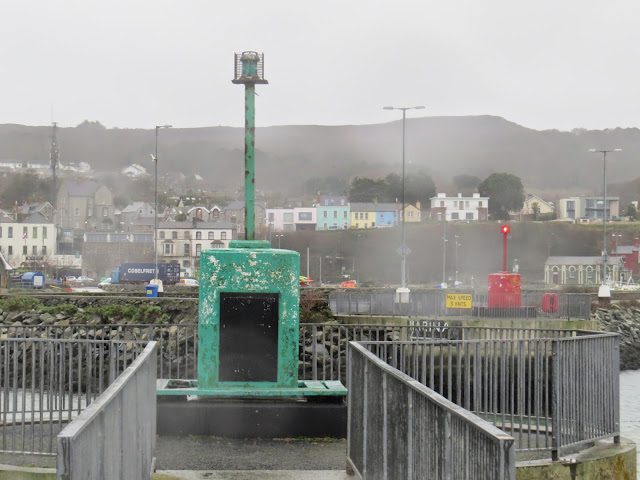 Posted by Peter Goulding at 12:24 AM No comments: 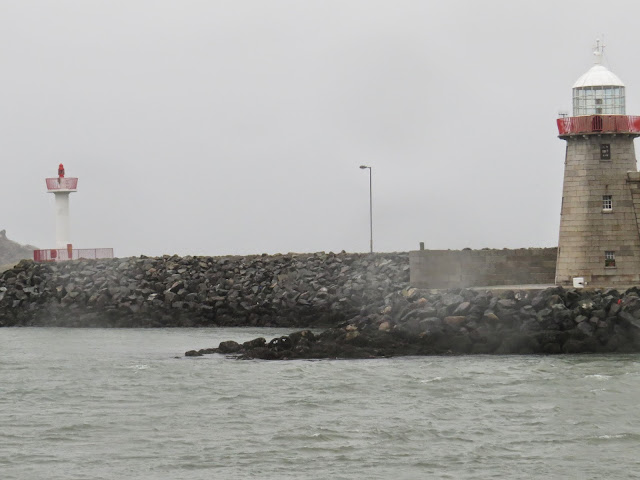 Took a trip out to Howth last January on a blustery day. Not great photography weather but I managed to get a shot of the old and new lighthouses on Howth pier, from one of the other piers.