Despite the fact that I live in the same county, it is five years now since I last visited the beautiful and historic Balbriggan lighthouse on the northern shores of county Dublin. The lighthouse is one of the earliest original structures in the country that is still operating - with an inauguration date stretching back to the 1700s - and I have always been fortunate to visit in brilliant sunshine.
Sadly, over the years, the lighthouse fell into neglect and looked very dirty and dishevelled. The dome had been removed in the 1960s due to corrosion and it looked very much as though the lighthouse was destined to fall into complete disrepair. 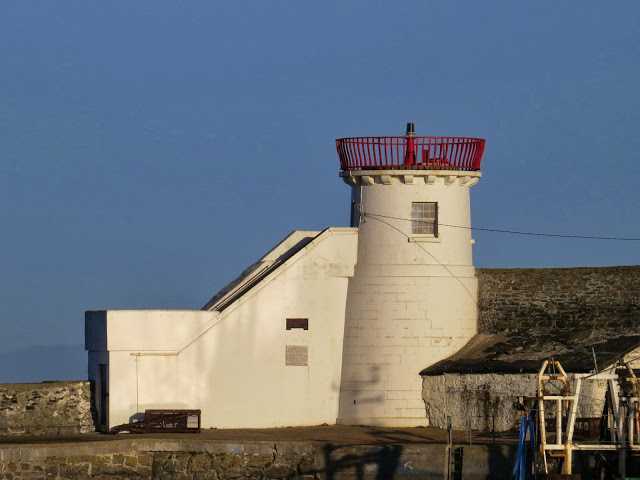 However, towards the end of August, I got a mail from Russ Rowlett of the lighthouse directory in America, asking how work on replacing the dome was progressing. To my shame, I had heard nothing about this project but, scouring the net, discovered that plans had been afoot towards the end of 2017 to install a replacement dome and restore the historic light to its former glory in time for its 250 year anniversary in 2019.
But, nothing seemed to happen after that. I sent off a few mails and got little in reply until Eoghan Brady contacted me to say the dome had been installed that very day! And, doesn't it look well!!! Fair play to all the local citizens and councillors who invested so much energy into preserving an important part of our maritime heritage. I hope to visit soon. 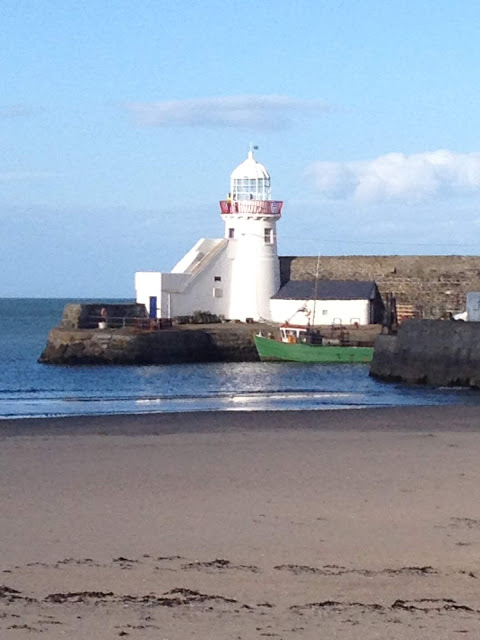 Further reports on the installation of the dome can be found on balbriggan.net and also on balbriggan.info.
Posted by Peter Goulding at 2:49 AM No comments:

Lightkeepers on the radio 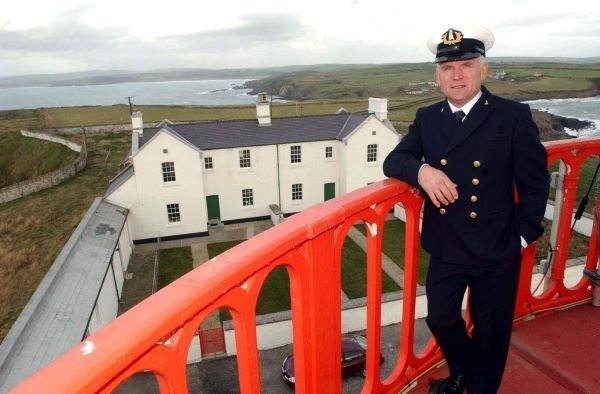 This blog is mainly about lighthouses, their physical structure, history and location. The role of the lightkeeper, whereas it has been a secondary area of interest, has been neglected by me, probably for the extremely selfish reason that my family, as far back as I can remember, consisted primarily of agricultural labourers (or 'ag labs' as they are commonly known in genealogical circles) with a few fishermen thrown in for good measure.
Recent correspondence with a lovely lady named Heather Walker has focussed my attention on the role of the lightkeeper. She is descended from an Irish lightkeeping dynasty - the Redmonds - that scanned Irish waters in the nineteenth century. Trying to help to unravel the various branches of the family has been akin to a murder mystery puzzle and great fun.
I sometimes wish for the solitary life of the keeper but this may well be pure romanticism on my part. The Sheeps Head peninsula in West Cork is heaven on earth when seen on a sunny summer's day but you would want to live there during a wet and cold February to see if you would live there permanently. The same applies to lightkeeping. All very well to imagine yourself setting the light at regular hours and writing poetry or putting ships in bottles, but the reality of the roaring of the weather when you're trying to sleep or maybe being stationed with someone you didn't really like for years on end maybe another kettle of paraffin oil.
Anyway, I recently caught the end of RTE's short series of radio podcasts on lightkeepers and their stories on Sunday nights. Anyone with an interest can catch up with them on https://www.rte.ie/radio/search/?q=lighthouse

Posted by Peter Goulding at 2:17 AM No comments: