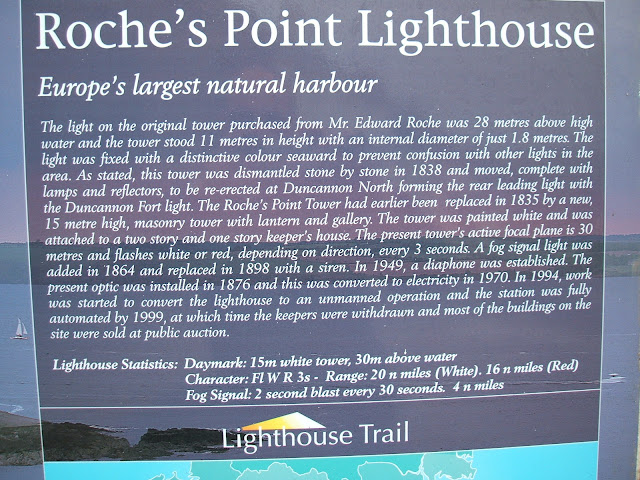 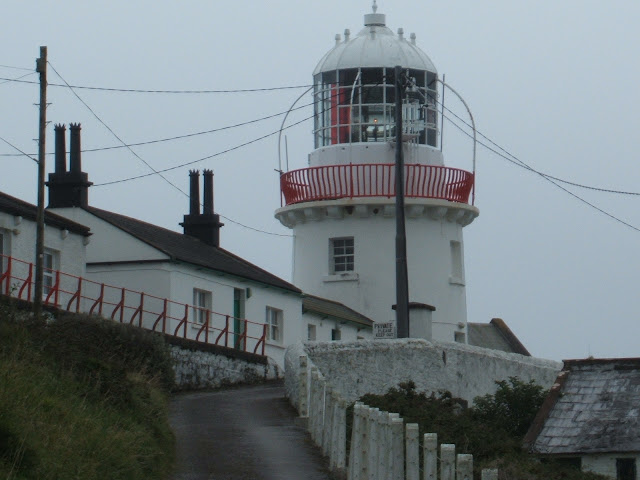 You'd think one of Ireland's most famous lighthouses - it is mentioned regularly on weather reports - would be signposted! Forget it. From Whitegate continue south and then take the turn right where Trabolgan has its entrance. Miss the turn and you end up in Gyleen. 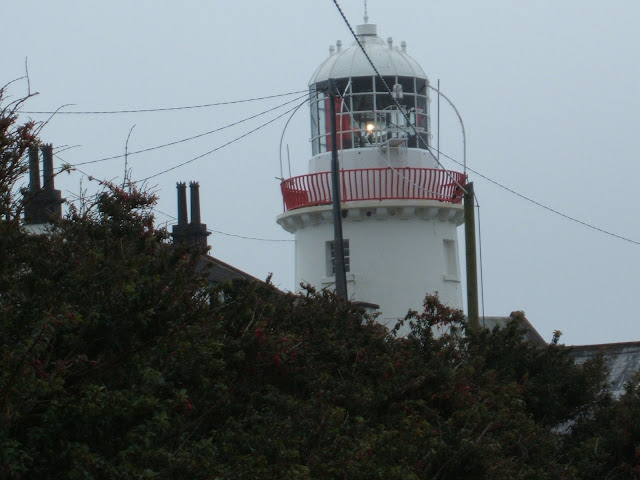 Aside from the lighthouse and outbuildings, guarded by a red CIL gate, Roche's Point is home to a line of very picturesque brightly painted terraced houses all facing inland towards Cobh. "When the weather's good, the views are spectacular," a resident told me. "However, at the moment, you can't even see Cobh - its utterly ridiculous. Still, at least the foghorn isn't blaring!" 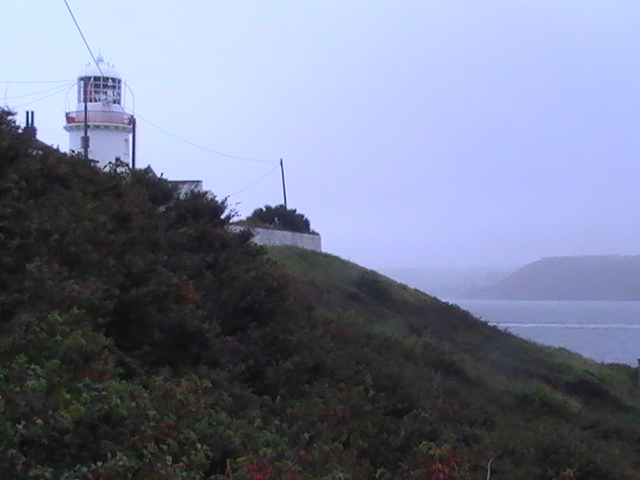 Built in 1835, this originally housed Duncannon North Light (see elsewhere), which dated from 1817. Stands as a sentinel on the eastern entrance to Cork Harbour. 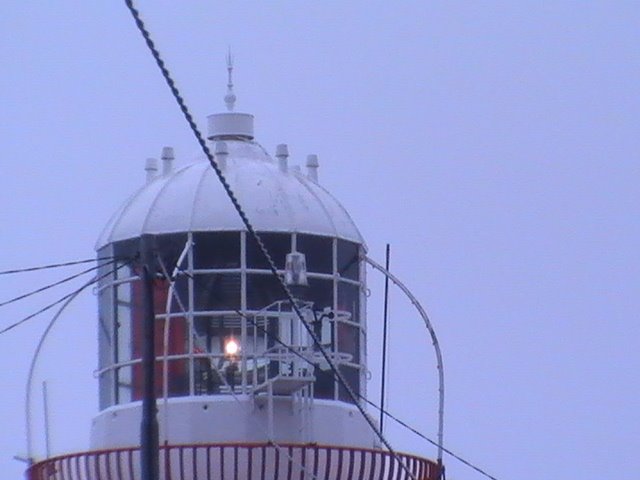 Posted by Peter Goulding at 1:34 AM