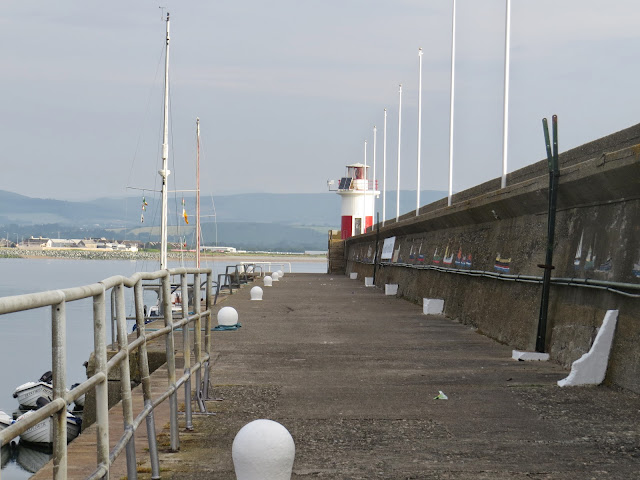 Six years since I was here and the new motorway means that my old hometown is only 45 minutes away from the northside of Dublin. Of course I'm biased, but Wicklow harbour at 7am on a glorious summer's morning was the place to be, scarcely a ripple on the sea and a man checking his lobster pots. 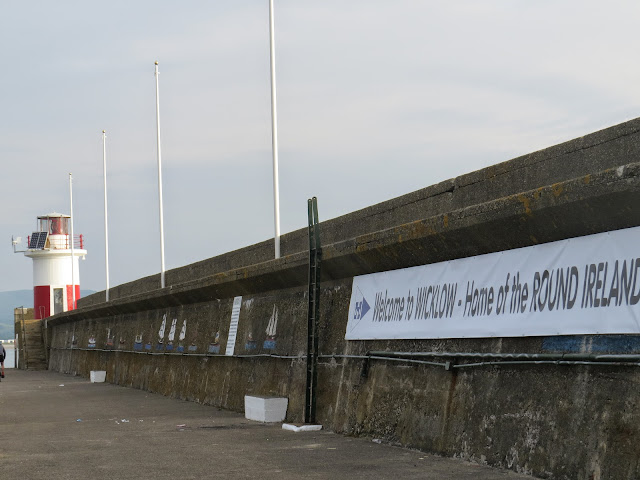 As I said six years ago, Wicklow lies on the east coast of Ireland. The harbour has three piers, the north pier, the south pier and the packet pier which lies in between. But, being Ireland, the north pier is actually the west pier and this, the more southerly of the piers, is officially the east pier. 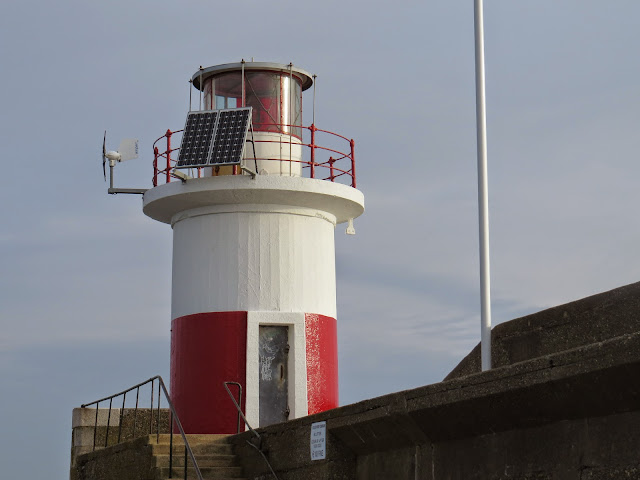 Its easy to find - come through the town from Rathnew, go through the town until you reach the statue in the small square at the far end. Ernie's pub - which is a new one on me - is on your right, Ta Se's (which isn't) is on your left. Take the road to the left. It bends right. Take the next turn left which brings you down to the harbour. Take a right which brings you down to the end of the pier. 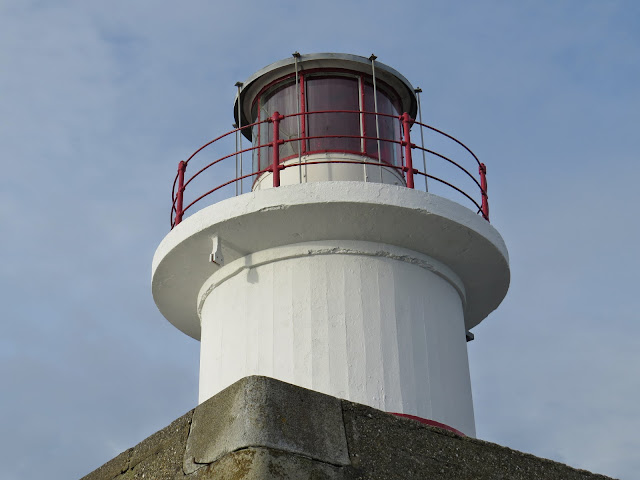 It is rather a pretty little lighthouse, reminding me for some reason of a boiled sweet. A bit of graffiti on the door, but otherwise immaculate. You can walk right up to, and around it. It was built in 1884 and is operated by the Wicklow Port Authority. 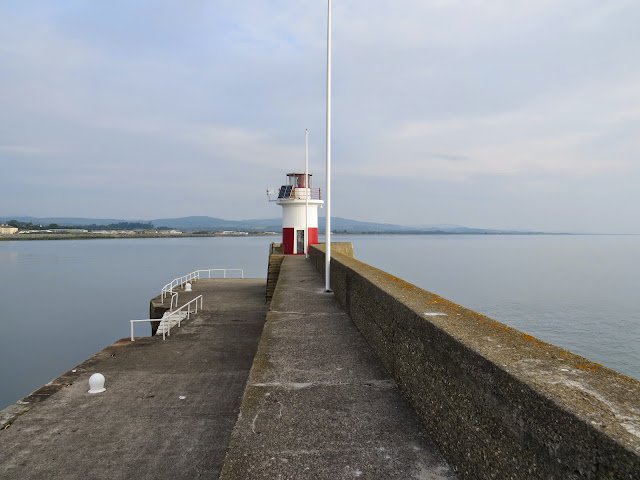 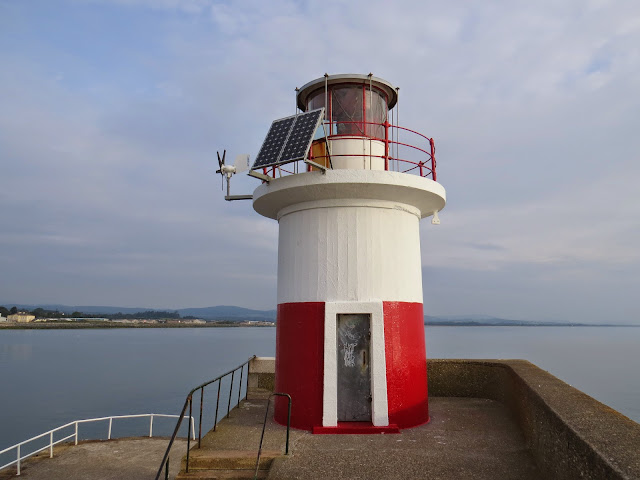 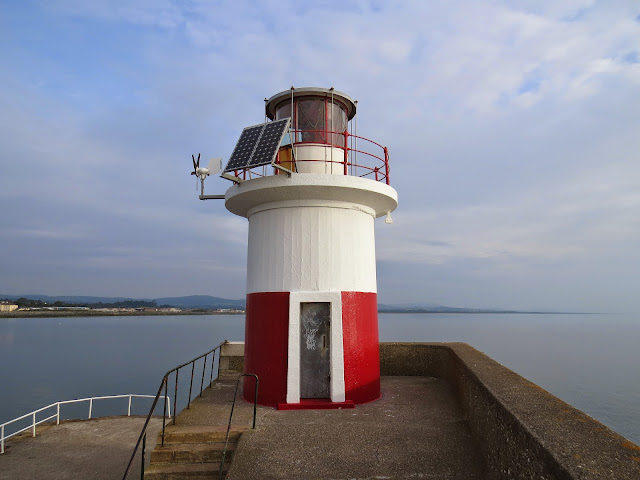 Posted by Peter Goulding at 4:06 AM