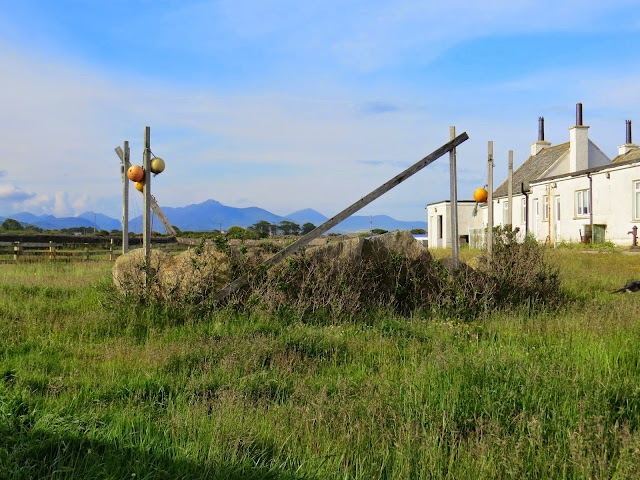 The Haulbowline light (see previous post) at the midpoint entrance to Carlingford Lough was built in the early 1820s to replace the Cranfield Point lighthouse on the northeasternmost tip of Carlingford Lough. It is actually the most southerly point in Northern Ireland. The lighthouse was built in 1803 and I can find precious little about it on the web, save that it succumbed to coastal erosion in the 1860s and tumbled onto the foreshore. But it was apparently built on a site with lighthouse keepers cottages attached, which remained as the relieving cottages for Haulbowline until 1922. 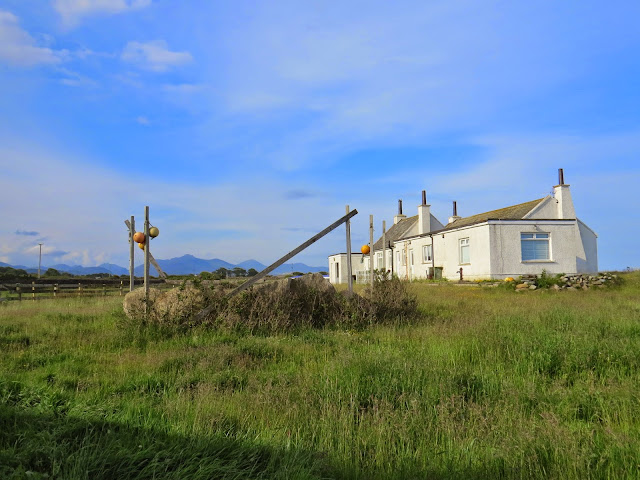 The most straightforward way to reach Cranfield Point (says he ironically) is to go into Kilkeel. If coming from Newry direction, take a right turn at the lights. If coming from Annalong direction, keep going straight at the lights. Keep on this road for about 3 miles. There is a left turn on the road opposite a house with a large tower chimney and a conservatory. Follow this - watch out for the ramps! - until you come to the sea. Turn right and follow the road, which deteriorates. When the old coastguard station (bottom photograph) comes into view, you'd better park up and walk the rest of the way (I found a lovely man made descent down to the beach where I could park) 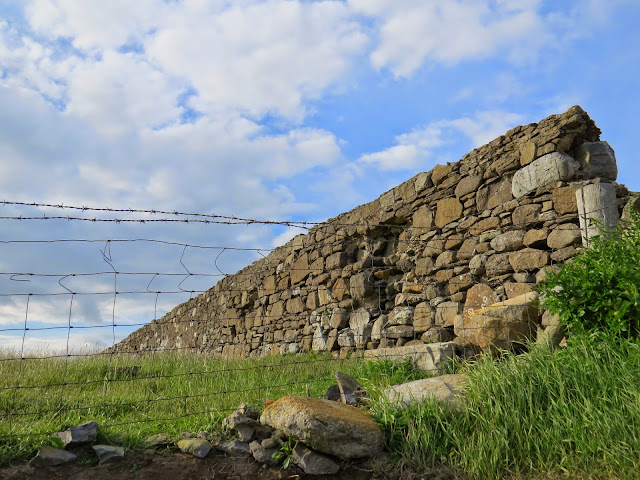 Follow the path overlooking the beach until you come to the house at the end with the black chimneys. This is the lighthouse keepers cottages. The gates are locked - it is private property - but you can just about circumnavigate it through a) clambering down boulders by the wall onto the beach and b) taking the gate through a field behind the property. Be very careful though - evidence of coastal erosion is everywhere (see the second last photograph on the page) 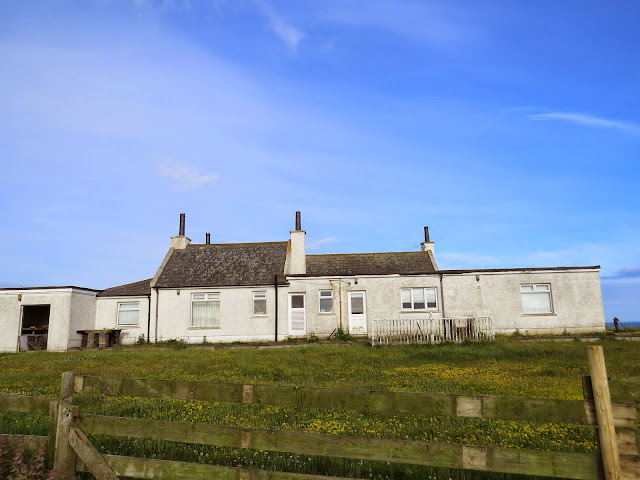 So we have the cottages. But where is the former lighthouse? There is a lot of coastal erosion around the property, so maybe it was seaward side of the cottages and has completely disappeared. (there were no traces of it on the beach) Or maybe, that circle in the garden, marked by poles, buoys and boulders is the site of the original foundation. The latter seems more likely. It is quite close to the edge and the foundations could easily have been disturbed. Sadly, my hopes of finding an old bit of gallery rail or stone steps were not to be! 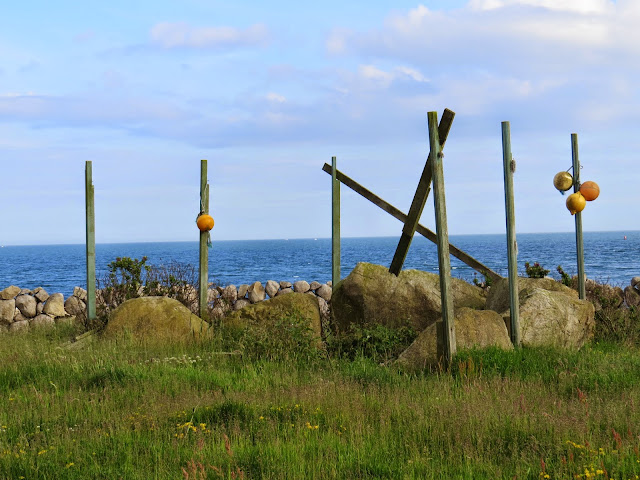 I did follow the beach to Cranfield Point itself just past the cottages. The sand had disappeared and it was boulder strewn. Not advisable to do it in high heels, I'd imagine. One desolate place! 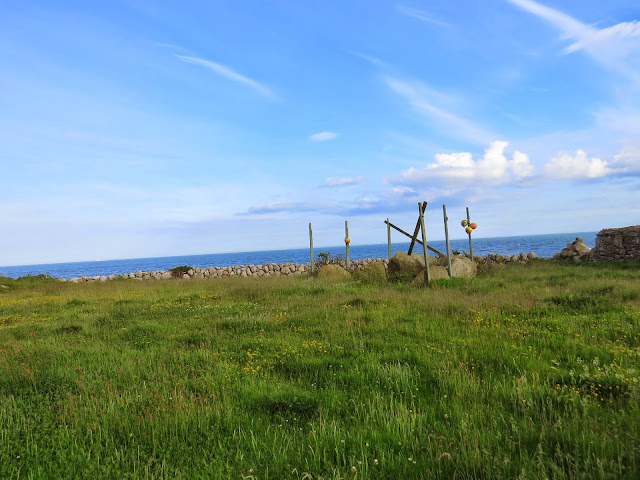 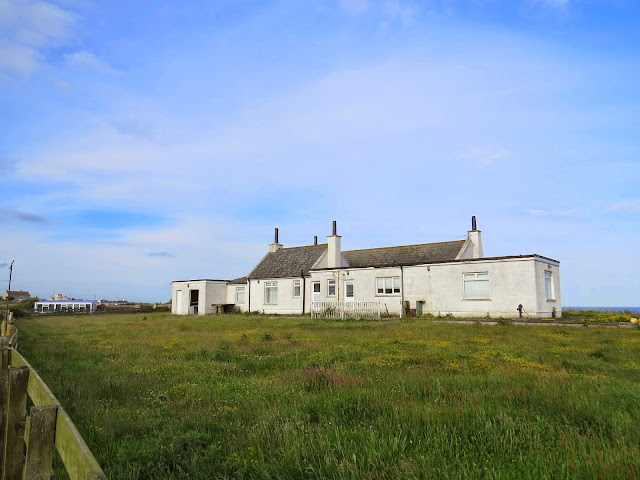 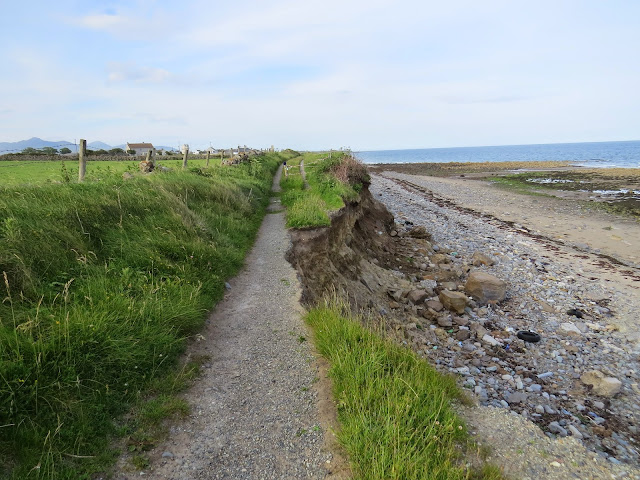 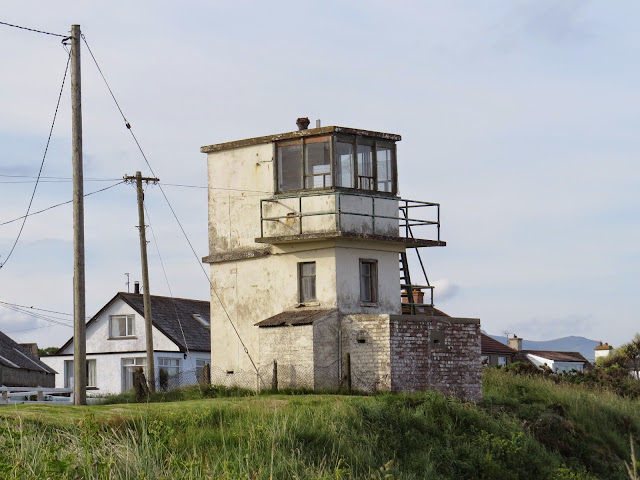 The old Coastguard station (pass this to reach Cranfield Point)
Posted by Peter Goulding at 2:47 AM