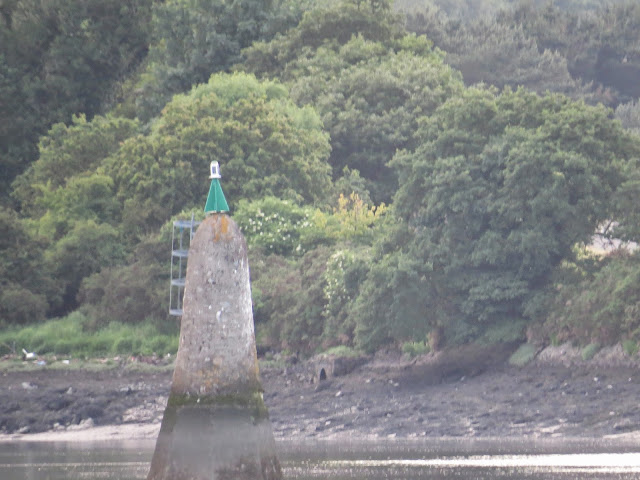 Roughly 300 yards upstream from the Newry River Rear Light (previous post) lies this magnificent stone beacon, abreast of Narrow Water castle. It was somewhere near here that King John forded the river on a pontoon in 1210. 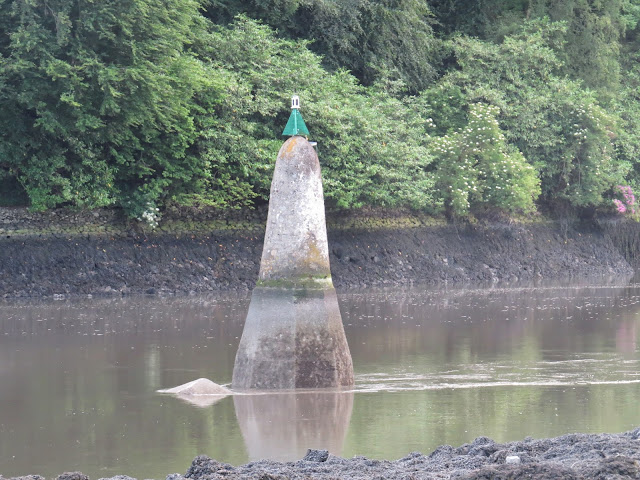 This little baby doesn't date back as far as that - it possibly dates back to the 1880s like the two pseudo-Irish round towers just downstream. The castle itself dates back to the 1600s but as far as I can see, nobody ever shone a light through it to guide ships up or down the river, so it can't be classed as a lighthouse. 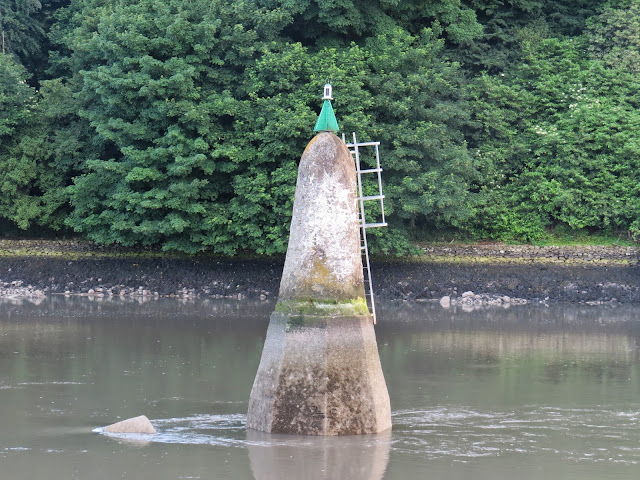 The castle was closed when I visited, but by skirting the walls, I came out only a few yards from this beacon. Even a t that distance, its appearance was deceptive, because the high water mark lined up with the bank behind. I had to tell myself that the stonework below the high water mark was not a reflection in the water but part of the tower exposed by the low tide! In the second and third photographs on this page, the rock that it guards is clearly seen. It appears to rise about 12 feet above the high water mark. 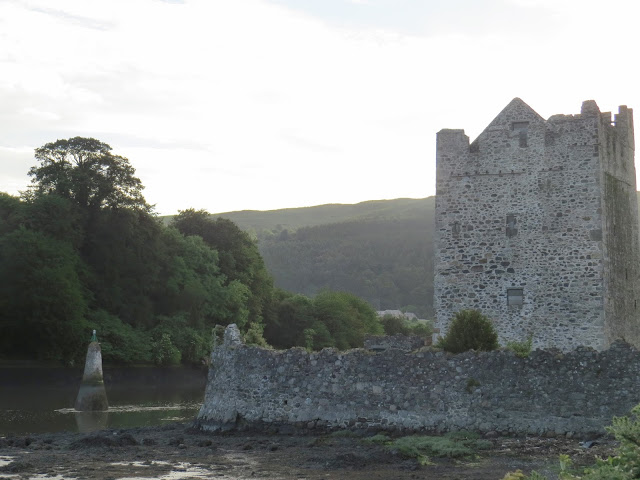 Posted by Peter Goulding at 1:26 AM