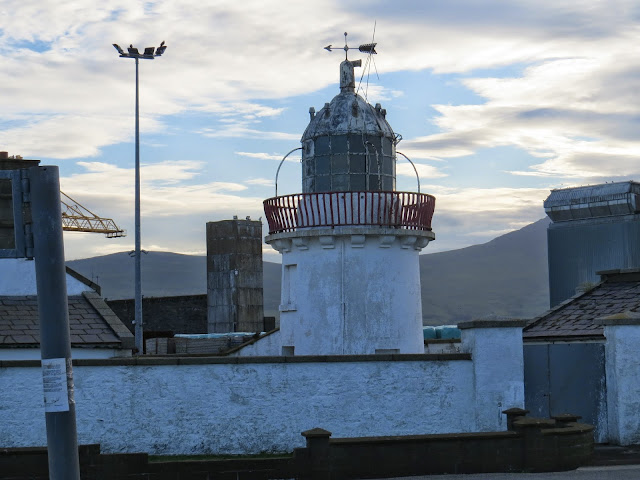 About seven years since I drove to Greenore at the far end of the wonderfully picturesque Cooley peninsula to visit this lighthouse.The lighthouse is easy to find - you come in on to the front in Greenore and its right there peeking out at you over a whitewashed wall like the cartoon face in the Kilroy Woz Ere graffiti. 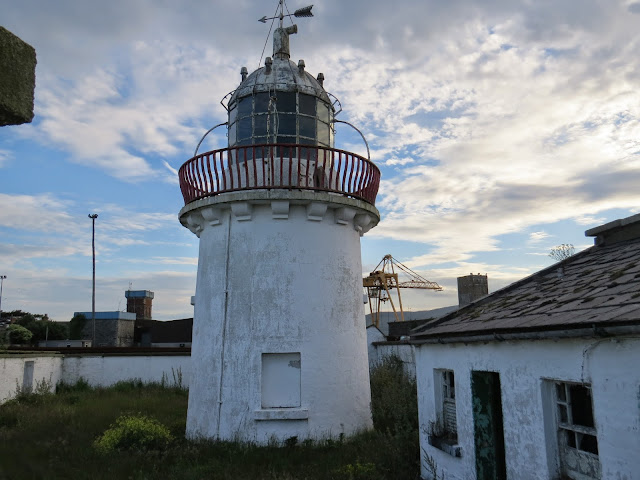 The lighthouse seems pretty untouched since 2007, probably structurally sound but needing surface work. The keepers cottagers though seem to be in a pretty parlous state. No idea who owns it, if anyone. It seems to be located within its own little compound probably accessed through the dock area which was locked on my visit. I managed to get the photo above by hauling a nearby breeze block to the wall and standing on it. 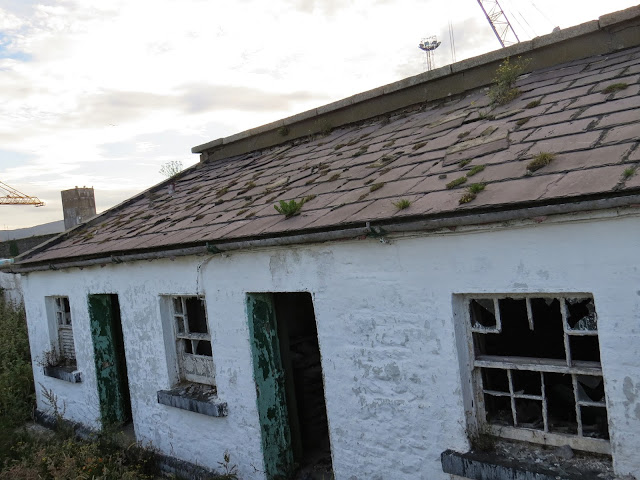 Built by George Halpin Senior in 1830, this lighthouse stands a mere 36 feet high and was built to highlight the southern entrance of Carlingford Lough and also Greenore Port, which is actually the only privately owned port in the Republic. Greenore itself is pretty tiny with less than 1000 inhabitants. 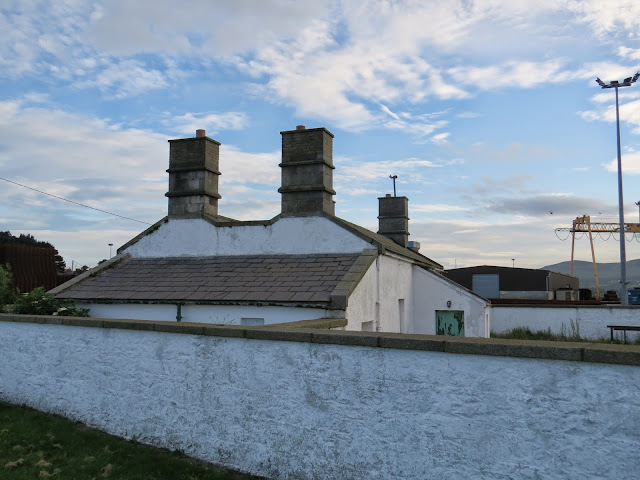 The light was discontinued in 1986 and is slowly being left to its own devices. 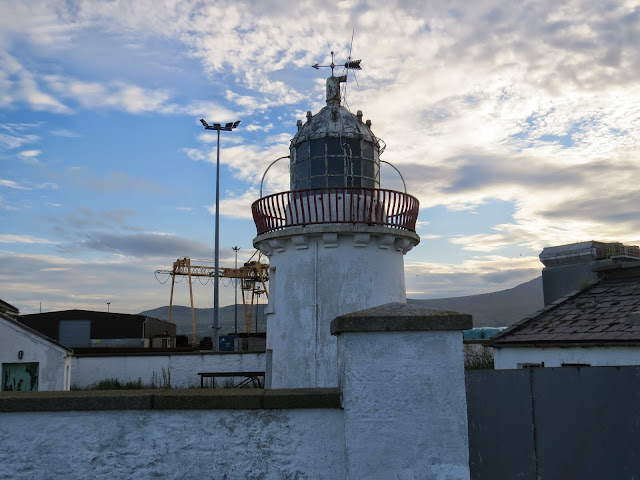 Posted by Peter Goulding at 1:53 AM