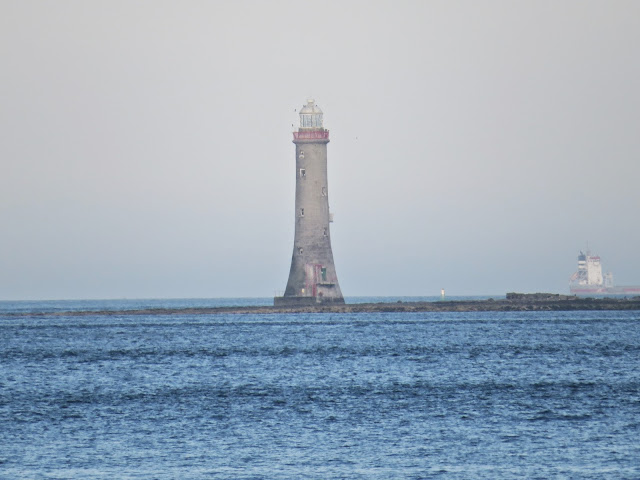 Five years since I was here and this time I got two different perspectives of it. The first four photos on the page were taken about 8.35pm on a summer's evening from Greenore lighthouse on the northern tip of the Cooley peninsula in the Republic. In these pictures the rock that the light sits on is clearly visible and is a lot more extensive than I had imagined. The bottom four photos are taken from positions on the Northern Ireland side (the north eastern tip of Carlingford Lough) a position much nearer than Greenore. 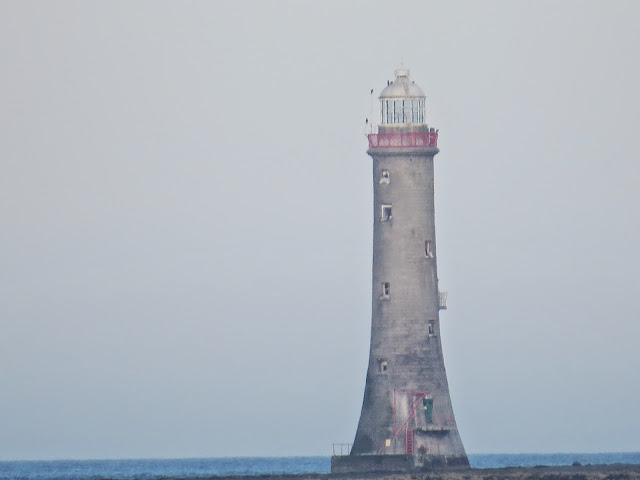 The lighthouse was built after a request was made in 1817 to the Corporation for Preserving and Improving the Port of Dublin (the Ballast Board) by the merchants of Newry to replace the 1803 Cranfield Point Lighthouse due to the latter's poor position in marking the dangerous rocks at the entrance to Carlingford Lough and also its inadequacy for the guiding of vessels at the west end of the Lough. 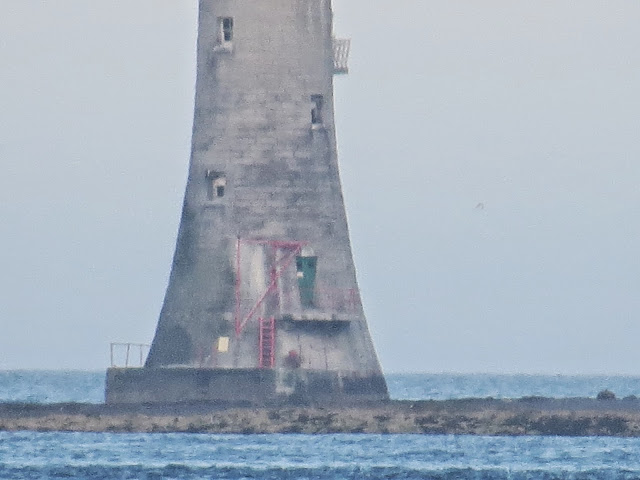 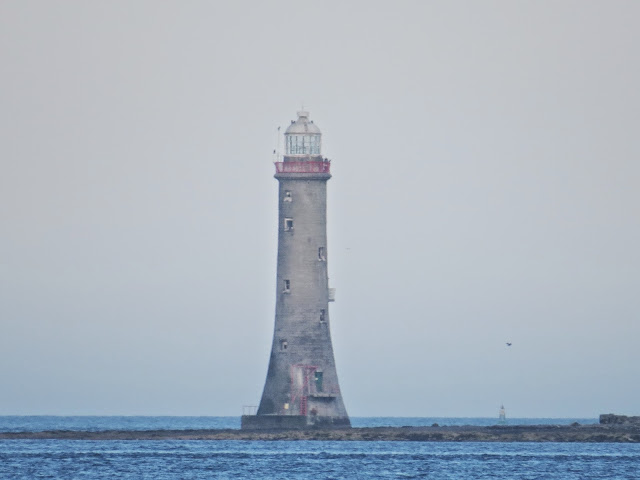 The cut stone tower of Haulbowline Lighthouse was designed by the Board's Inspector of Works & Inspector of Lighthouses, George Halpin (senior), and was built under his direction by workmen of the Board. Its overall height is 34m and the main light is 32m above high water. Building this tower on a semi-submerged rock with fast currents running around it was a remarkable achievement at the time. The tower was painted white and remained so until 1946 when it was changed to its natural stone colour. 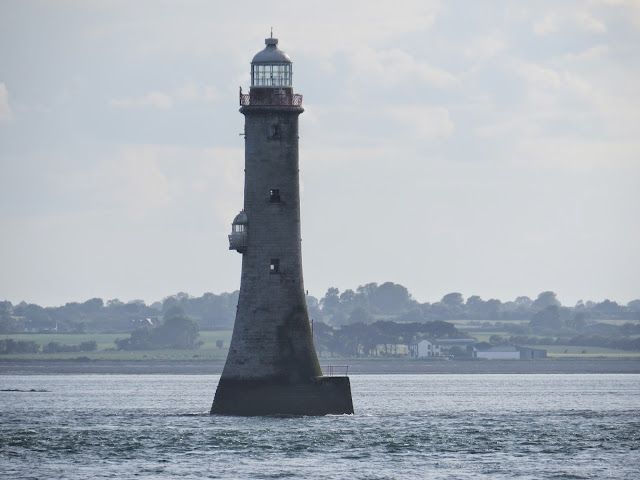 A fixed white light was exhibited on 1 September 1824, and a half tide light was also exhibited from a small lantern approximately half way up the tower on the seaward side. During daytime a large ball was hoisted on a mast above the lantern to indicate the tide. 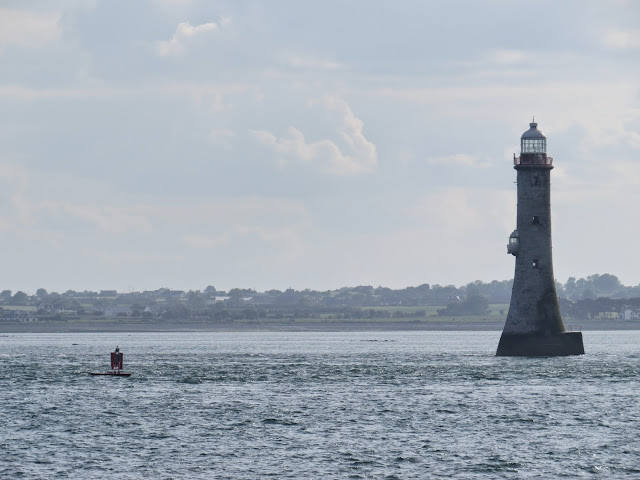 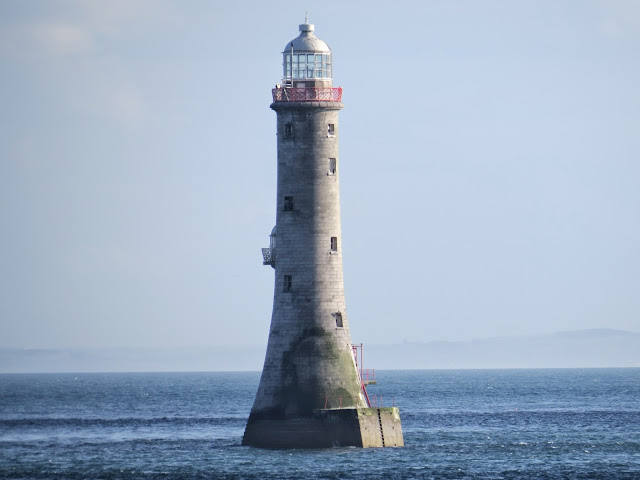 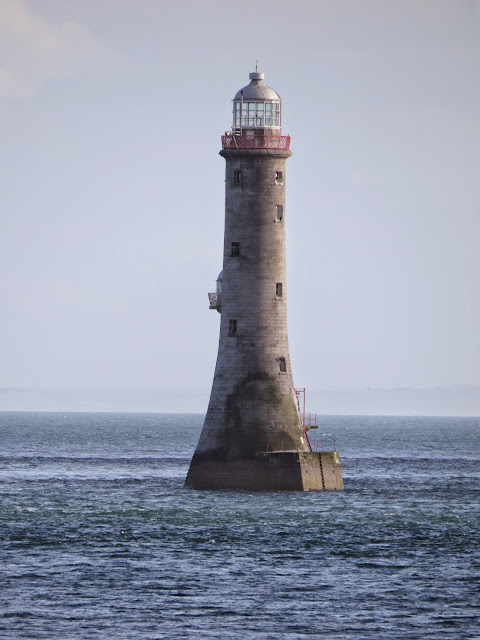 Posted by Peter Goulding at 2:25 AM