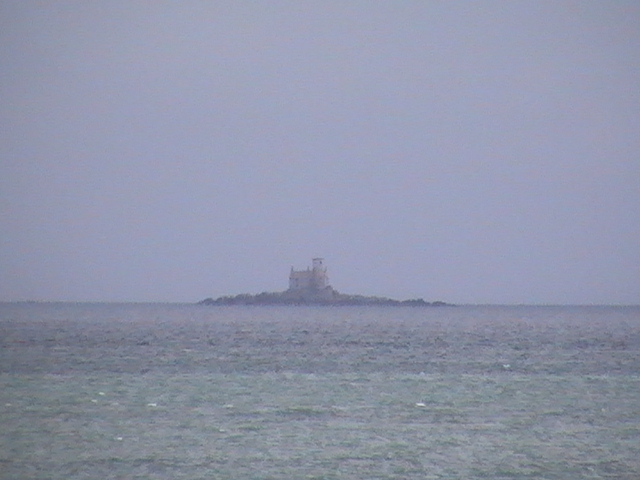 From Barr's Point (see previous entry) or from the little seaside village a bit further up the coast, there are views of the two Maidens, halfway between Ireland and Scotland. The views may be distant but they're actually better than I'd expected and. short of getting the Larne - Stranraer ferry, probably the best I can hope for. 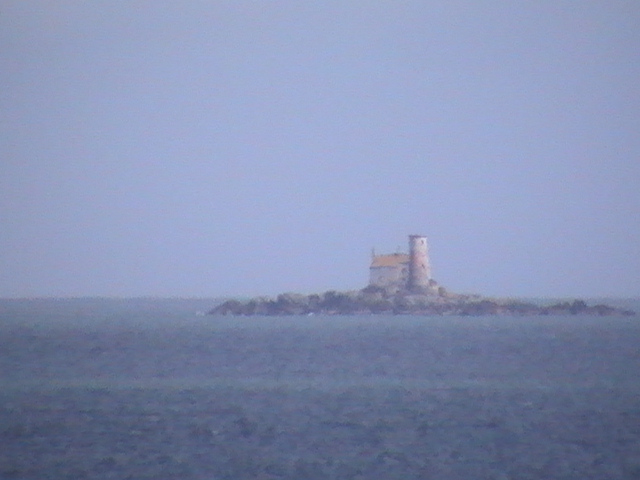 The tower, 84 feet above seal level, was first lit on 5th January 1829, along with its sister (next post) 800 yards away. With the improvement of the range of the East Light in 1903, this light was discontinued. It was originally painted red with a white band at the top. 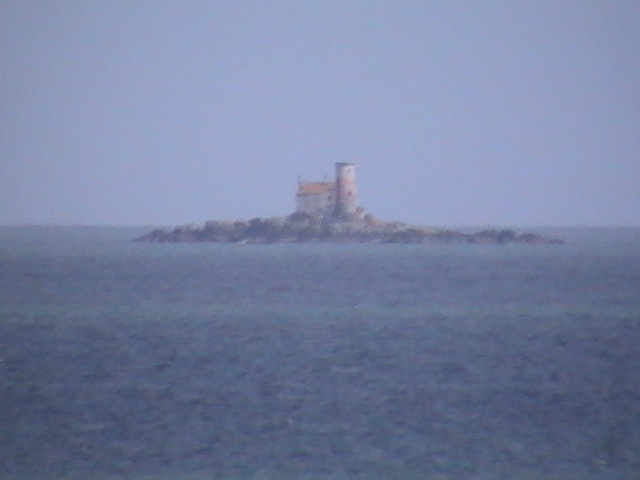 Posted by Peter Goulding at 5:57 AM