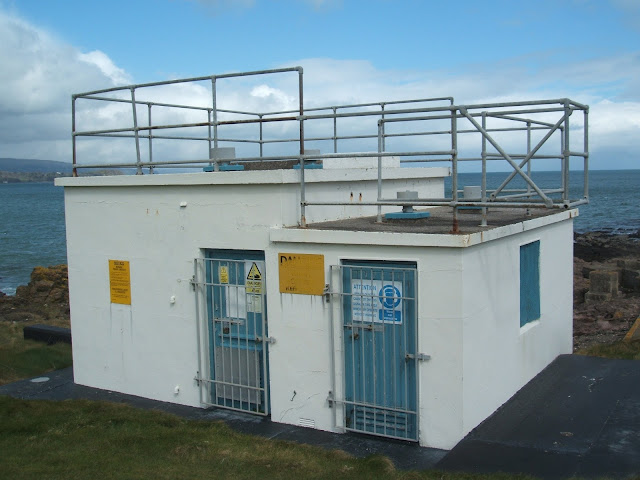 About half a mile north of Ferris Head, lies Barr's Point Fog Signal. I had thought that there was a way around to it via the little hamlet at the end of the headland but a local assured me that there wasn't. I had no option but to drive up to the Golf Club I had passed and ask permission to visit the signal. 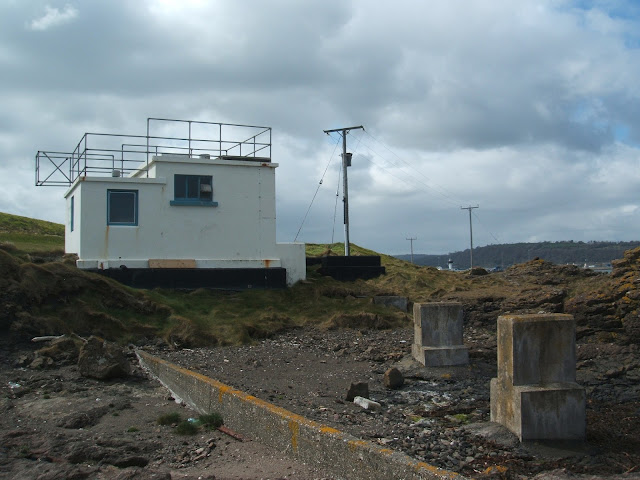 The fog signal is located on the sea front next to the seventh tee. To be frank, I don't believe the Golf Club needs fear being inundated with lighthouse enthusiasts eager to glimpse this building, which looks more like your average electrical supply building.. 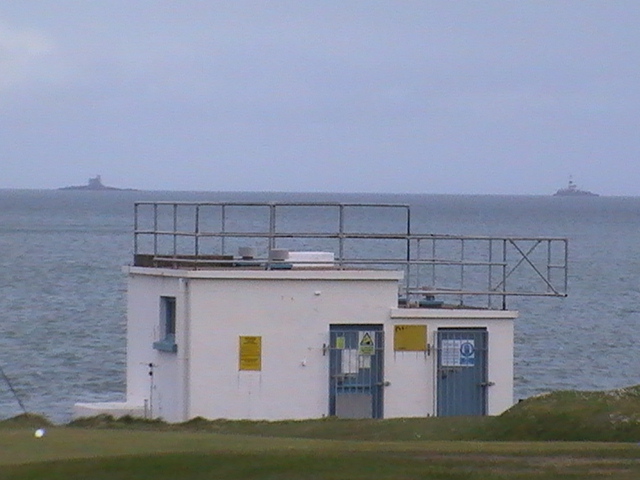 They discontinued the fog signal on 12th June 2006. I am presuming that the little grey heads sticking out of the roof in the top picture is the foghorn apparatus but I could be wrong. The picture above shows the fog signal flanked by the two Maidens out in the Irish Sea. There had been a fog watch signal station here since at least 1906. The fog signal gun replaced the fog bell around 1928. 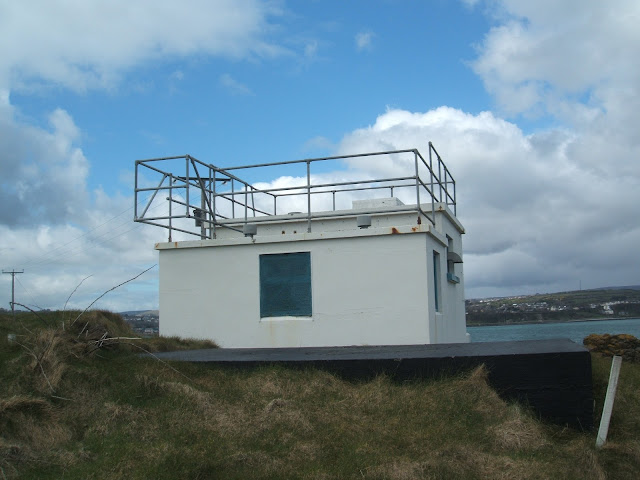 Barr Point Fog Signal Station came into being in 1905
Posted by Peter Goulding at 1:34 AM