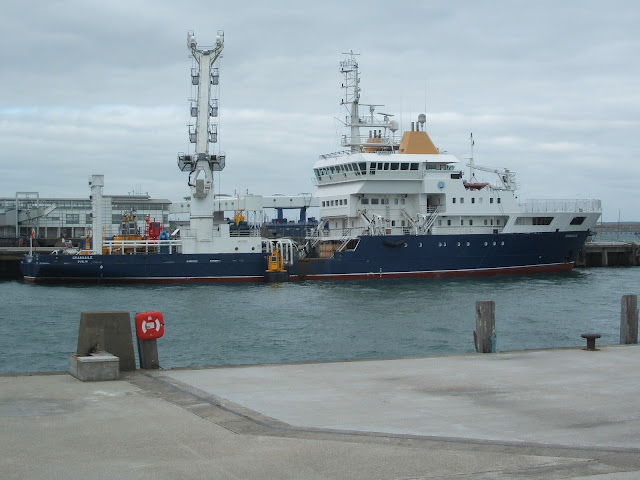 In the years that I've been lighthouse hunting, I was surprised I'd never run into the Granuaile before. But there it was, docked alongside the Carlisle Pier in Dun Laoghaire in May 2013. 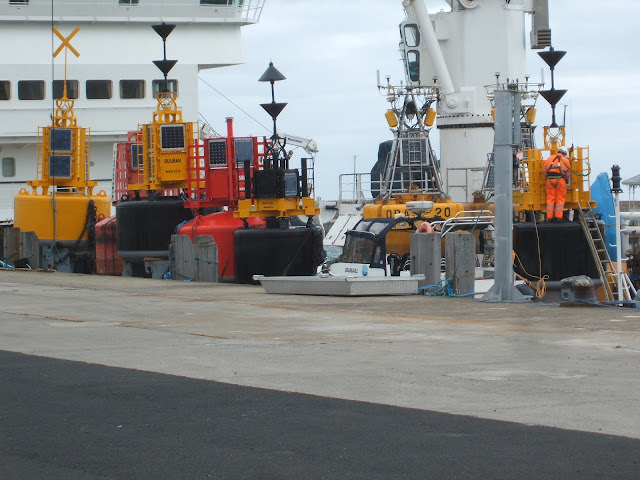 The Irish Lights Vessel Granuaile is the third CIL ship to bear the name. It was built in the Netherlands and delivered in January 2000. 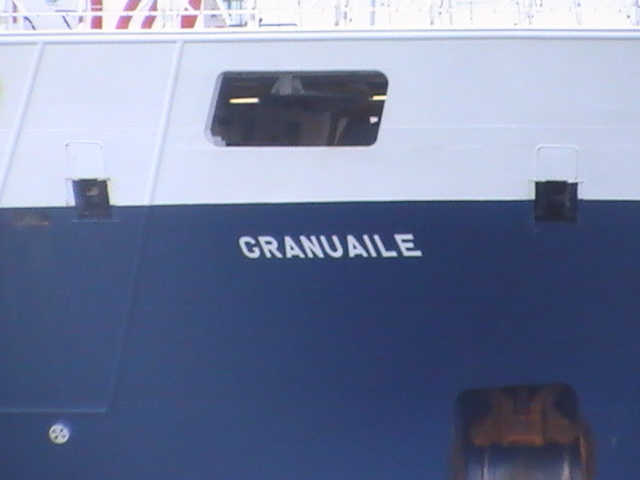 The new Granuaile has been designed to be a multi-functional vessel which can operate in difficult sea conditions. Fitted with dynamic positioning Class I linked to the satellite based navigation system DGPS, the vessel's primary function is to place and service the 150 offshore buoys which warn Mariners of the location of sand banks, reefs, and other offshore hazards near shipping routes. The ship also serves as a helicopter platform for servicing offshore lighthouses and is available to assist State agencies with Search and Rescue, emergency towing, oil pollution control, surveying, and offshore data collection. When she was built she was probably the one of the most advanced vessel's of her type in the world and has been a prototype for new builds for MENAS, Trinity House, Northern Lighthouse Board. 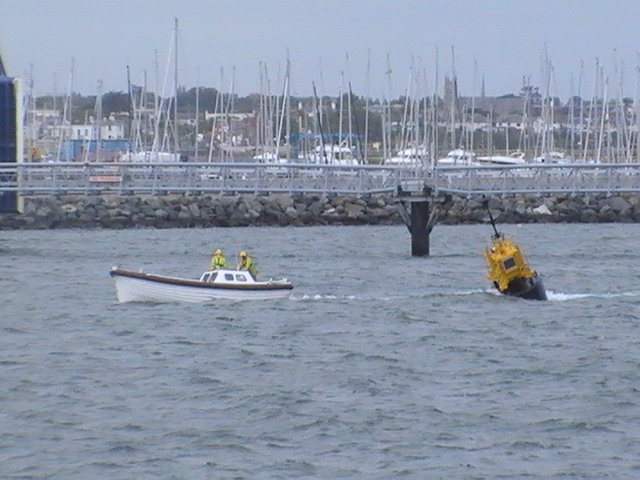 When I saw her, a small vessel (above) had just towed a buoy to her side and they then winched her on board to join the rest of the buoys assembled there. 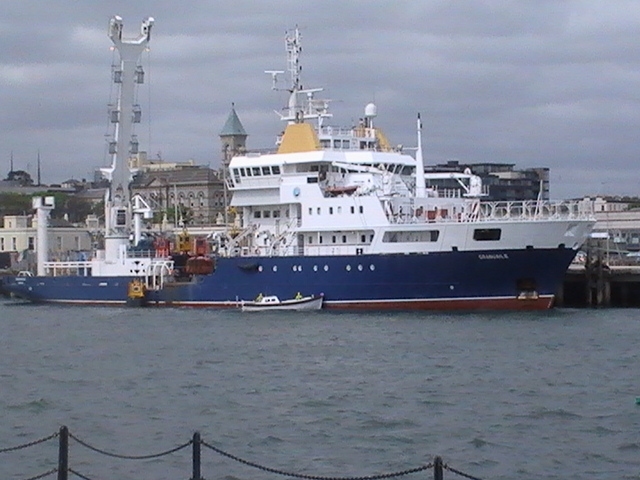 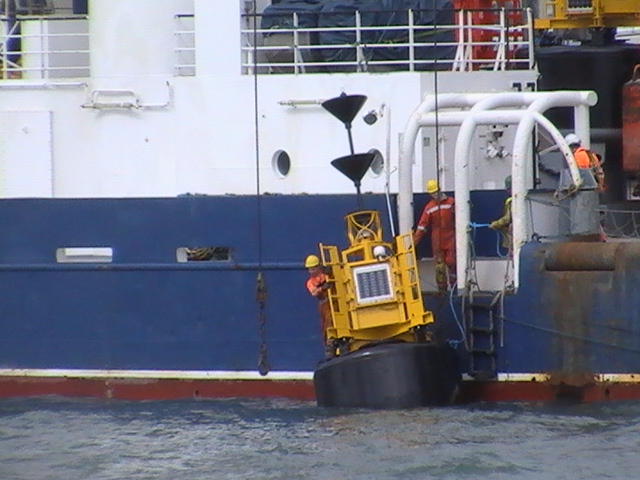 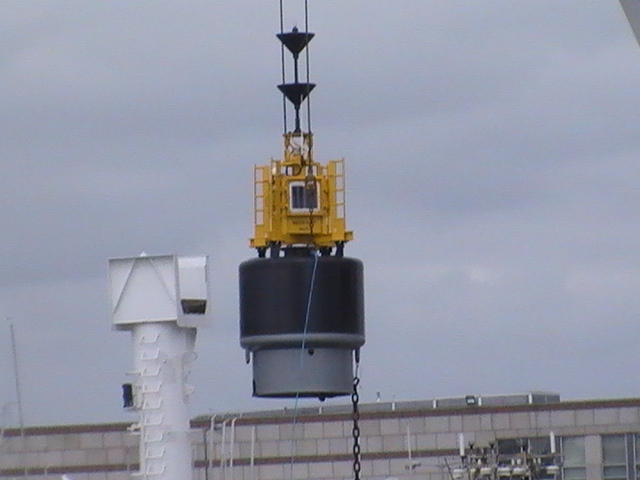 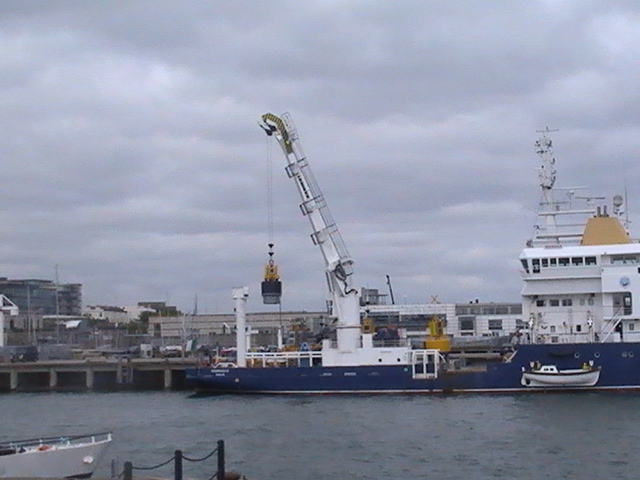 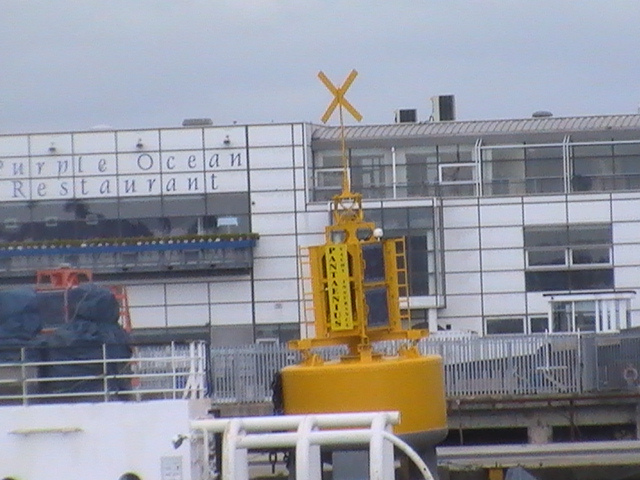 Posted by Peter Goulding at 3:26 PM