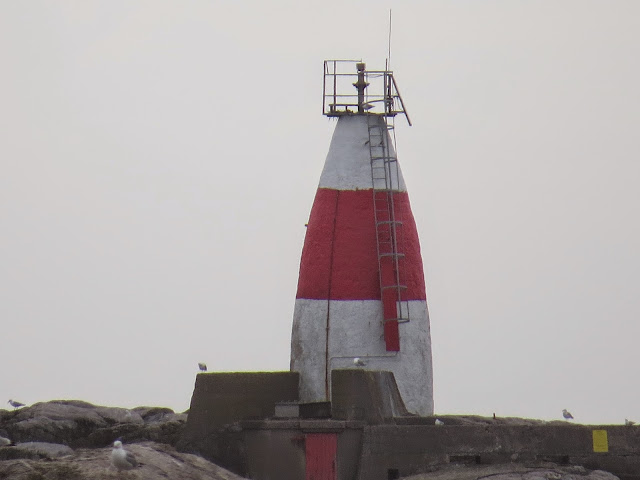 I had read on the web that there was a new ferry from Colimore Harbour to Dalkey Island. From there, you would get a good close up view of the Muglins. 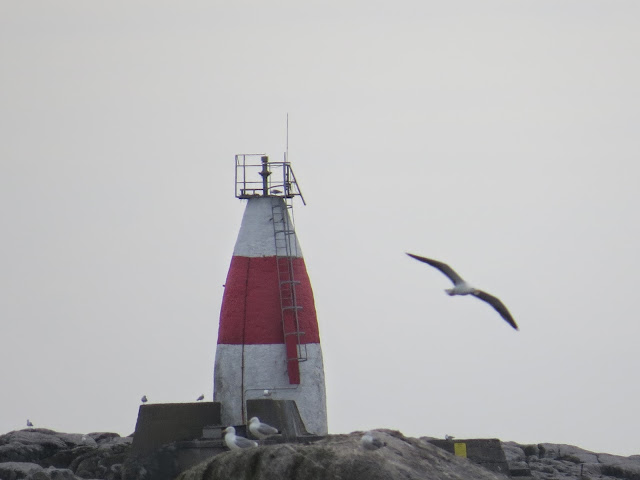 There was no sign of a ferry at Colimore Harbour so I had to make do with these (not too bad) shots from the mainland. The ferry is only newly licensed. I had read there was a notice on a door in the harbour giving the number to ring if you wanted the ferry but I couldn't find any such number. 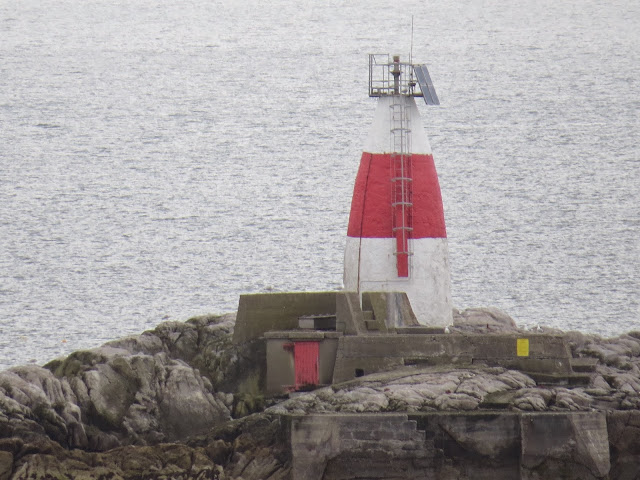 I quite like this lighthouse. The locals regard it as more of a beacon than a lighthouse but it is officially a lighthouse. It started life as a white beacon in 1880 and then acquired its red stripe in 1883. In 1979, it was officially welcomed into the lighthouse fraternity. 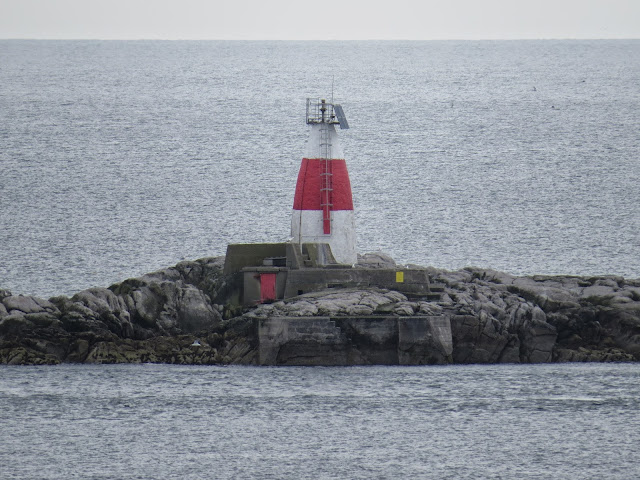 You can hire a boat apparently in nearby Bulloch Harbour but you need a second person with you (they don't allow single people to hire boats) It costs €40 per hour and a quick demonstration of how a boat works is given.
Posted by Peter Goulding at 3:35 PM