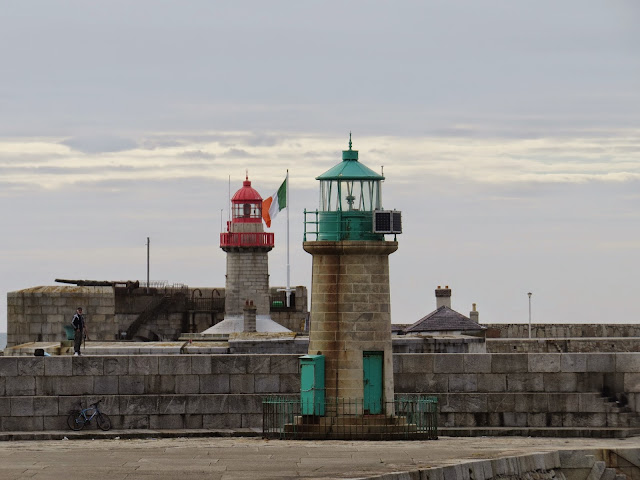 Of course. I've been to Dun Laoghaire many times over the years but for some reason I have always walked the more popular East Pier. By my calculations, though, I hadn't walked the West Pier since 1981 - don't ask how I remember it! The West Pier is actually a lot longer and parking nearby may be a problem but I got there slightly after 7am and actually got to park on the pier itself (the few spaces available are only payable from 9am!) 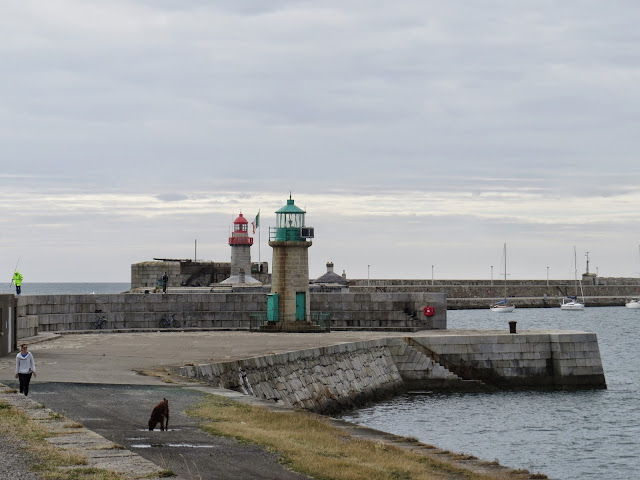 The West Pier Lighthouse was established in 1852, five years after its brother across the harbour entrance. 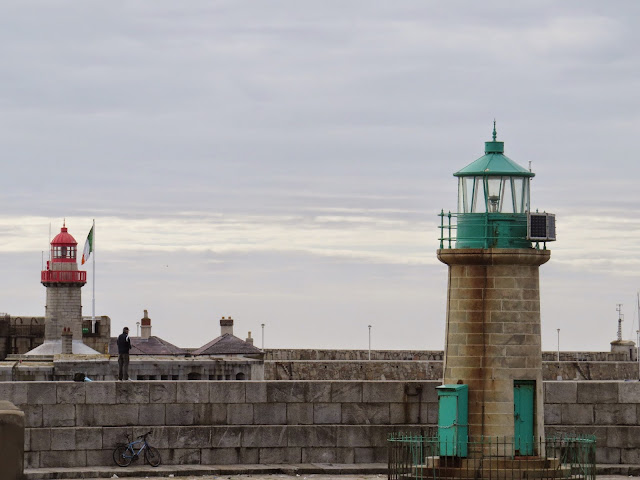 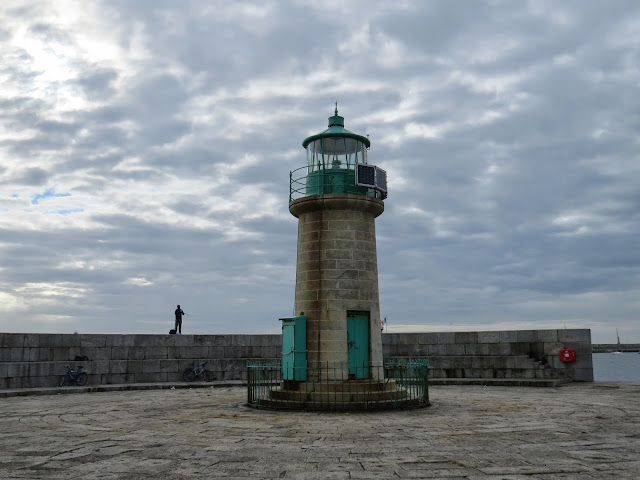 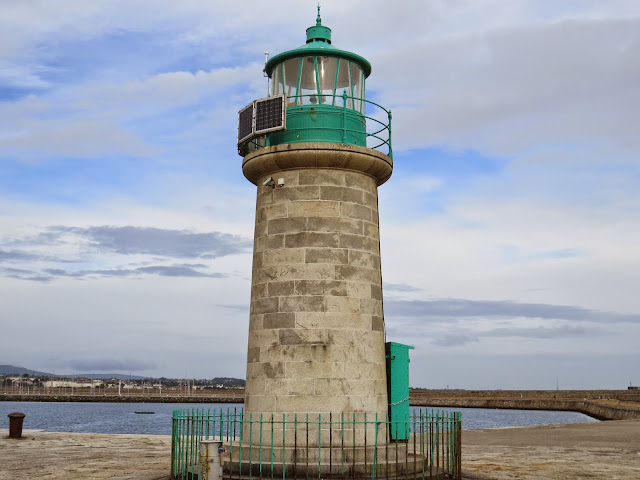 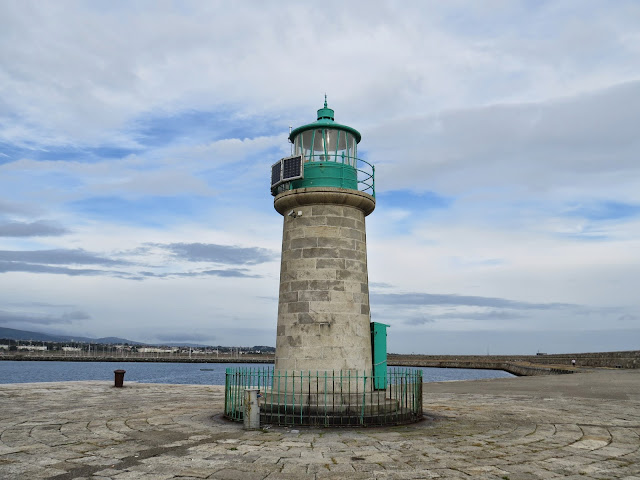 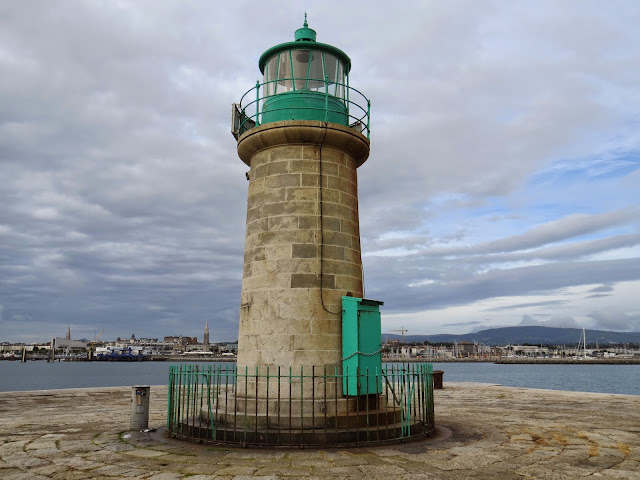 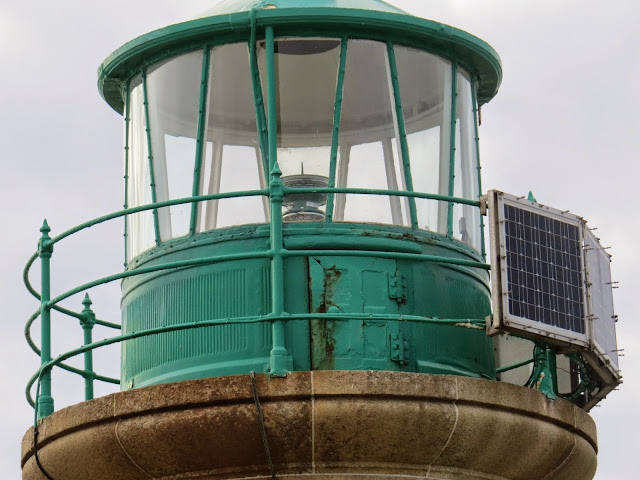 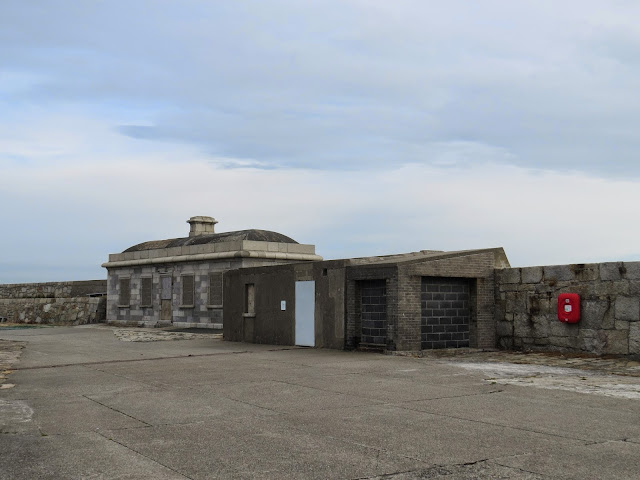 When the East Pier lighthouse was made into a three keeper light, the principal keeper and his family moved out to the house on the West Pier above. I assume he rowed over every morning and back every evening - it's one helluva trek from one pier extremity to the other
Posted by Peter Goulding at 3:01 PM