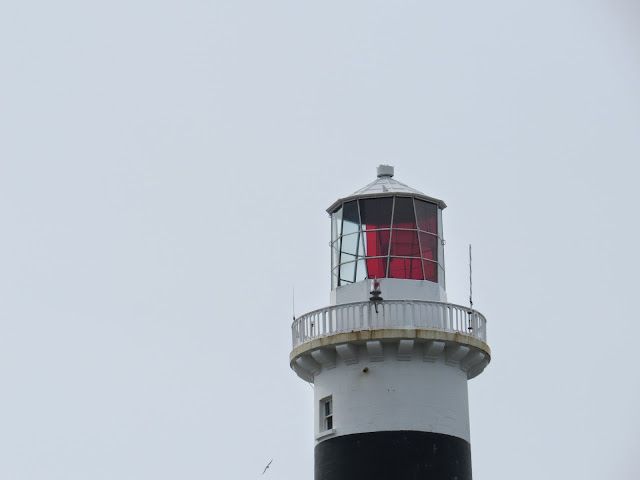 A lighthouse was requested to be placed on the islands of Rockabill in 1837 as there were no lights along that particularly treacherous piece of coastline between the Baily at Howth and the harbour light at Balbriggan. The Ballast Board approved the request but Trinity House, who at the time had the final word, decided there was no need for a light here. In 1853, they changed their mind and the light was eventually sanctioned in the 1850s 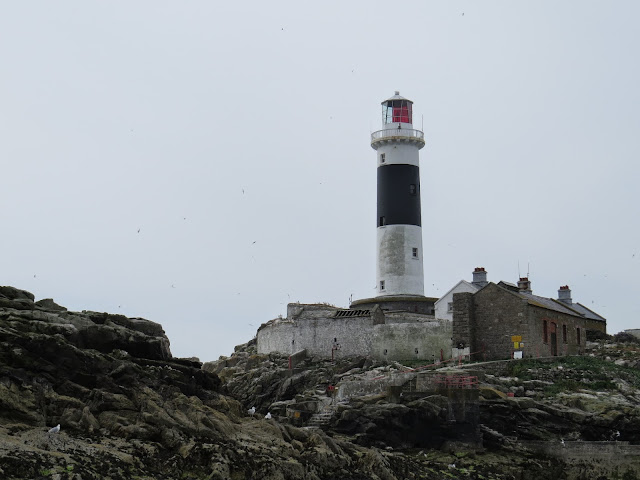 The builders were two brothers from Limerick, William and James Burgess. The chief materials used were granite from the Mourne Mountains in Co. Down and limestone from the local quarry in Milverton. The tower was built 83 feet high and the total cost of all the buildings, and apparatus, was £13,248 .The building was completed and the light was first operated on 1st. July 1860. 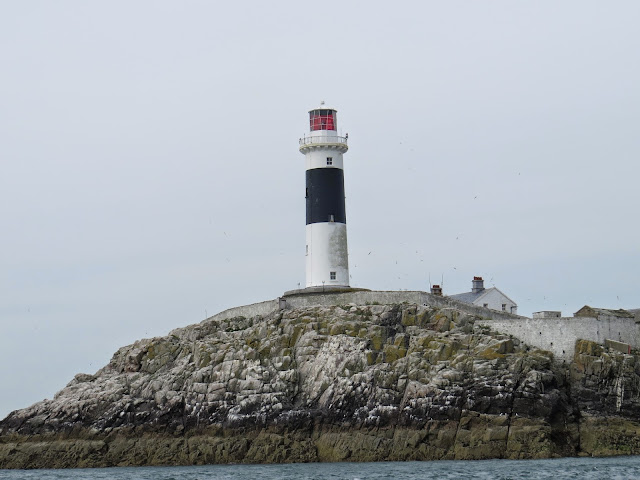 Rockabill is in fact two islands, separated by a narrow channel (see photograph below, Rock is on the left and Bill is on the right. I have no idea where A is) It is located about 6kms off Skerries and up until now, I have had to content myself with long distance, hazy shots from the mainland at Rush and Skerries. 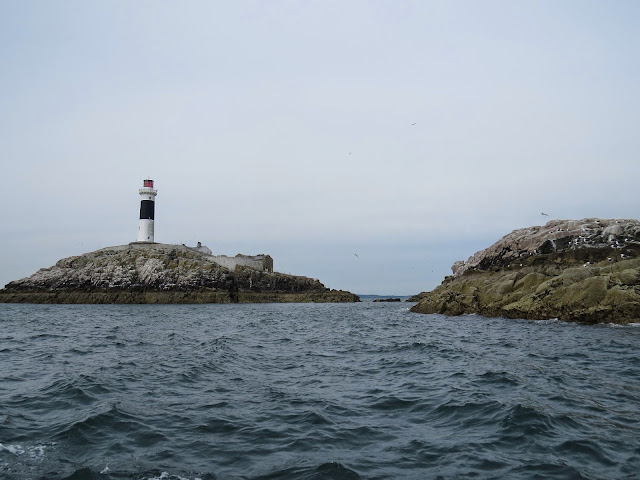 However, Skerries Seatours now do tours to Rockabill, as well as to Lambay Island, and so I availed of the opportunity to get up close with this lighthouse. The whole trip took about 80 minutes on a very fast rib and was very enjoyable. I was initially disappointed that we weren't allowed to land on the island (it is a bird sanctuary, home to the largest colony of roseate terns anywhere in the world) but the pictures from just offshore wouldn't have been improved by getting any nearer. 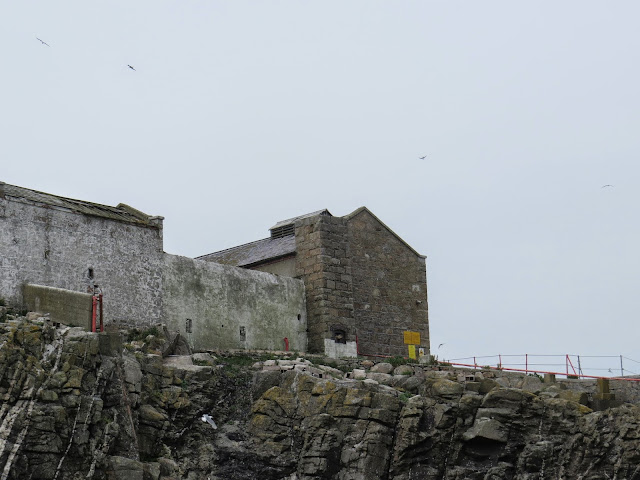 The stone building above with the little attachment on the roof looks very like a fog signal station to me. The fog signal was established in 1917 and discontinued in 2006. The light in the lamp incidentally is red towards land and white on the seaward side. 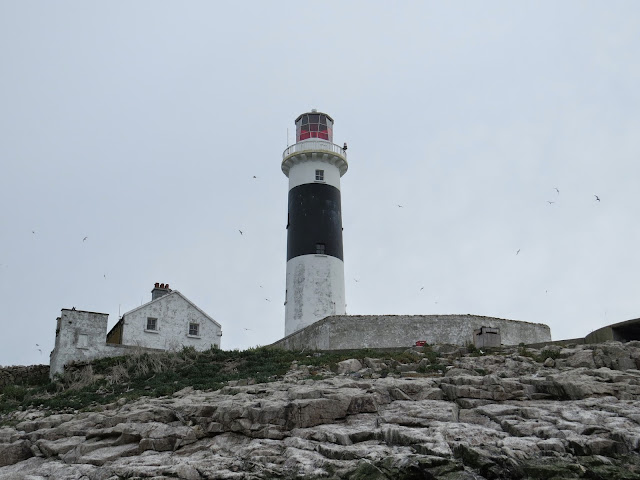 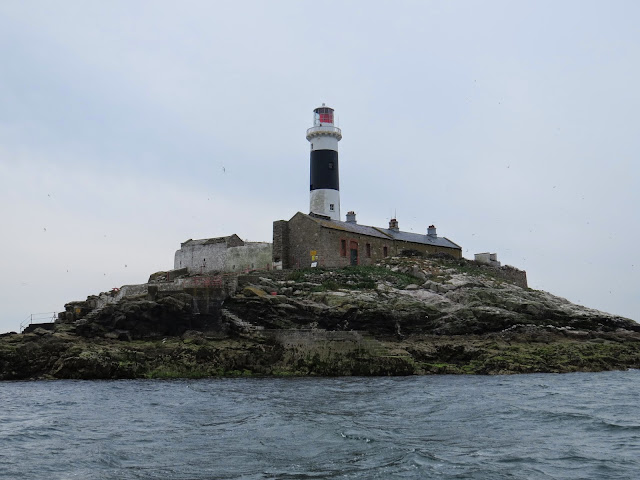 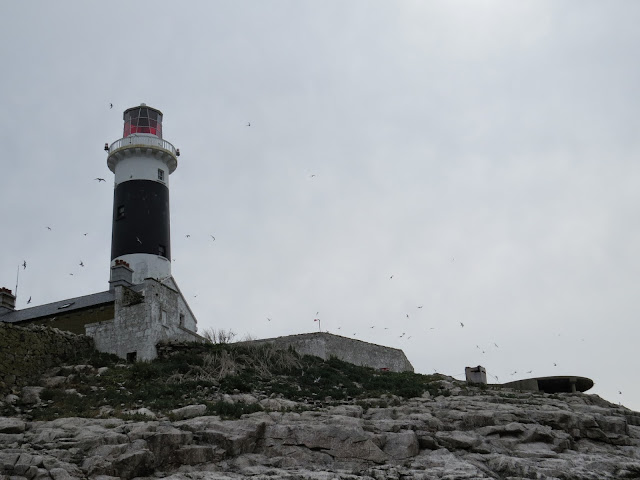 The circular structure on the left of the picture above is the helipad.
Posted by Peter Goulding at 12:47 PM