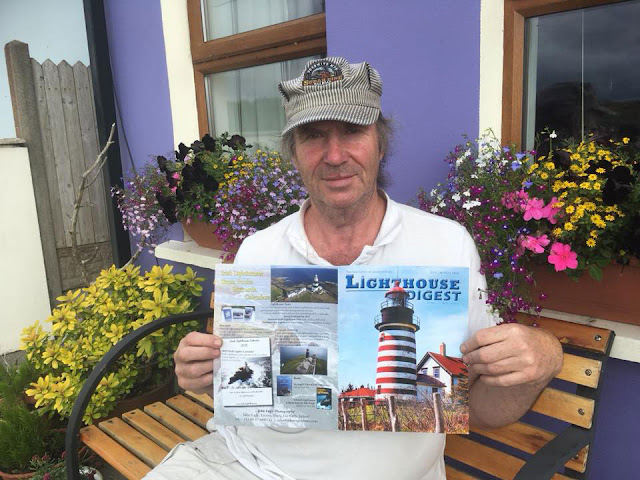 I was very saddened to learn, shortly before Christmas, of the death of John Eagle, author of two photo essays on Irish lighthouses.
John was an Englishman whose connections with West Cork dated back to the sixties. He lived in Eyeries on the beautiful Beara peninsula and was often found in the tourist office in Castletownbere.
A long-time lighthouse enthusiast, he made it his mission to photograph every Irish lighthouse, or at least those under the control of the Commissioner of Irish Lights. He produced postcards of the lights and also two photo books. I have to say I was extremely envious when he applied to CIL to cadge rides on helicopters bringing technicians to the remoter lights. The resulting photographs were absolutely stupendous.
Latterly, he acquired a drone which gave him another angle to his lighthouse photography. In addition to this, he ran annual lighthouse tours around Ireland - normally a southern tour and a northern tour, which were very well received.
Apart from his love of lighthouses, he was also a very accomplished artist, painting landscapes of his beloved West Cork.
I never met the man but conversed with him by email on occasion, when some change to the lighthouse infrastructure happened. Through his contacts in CIL, he was always able to answer my queries.
His website is still up, full of photographs. I have no idea what is going to happen to it.
John, rest in peace.
Posted by Peter Goulding at 7:48 AM