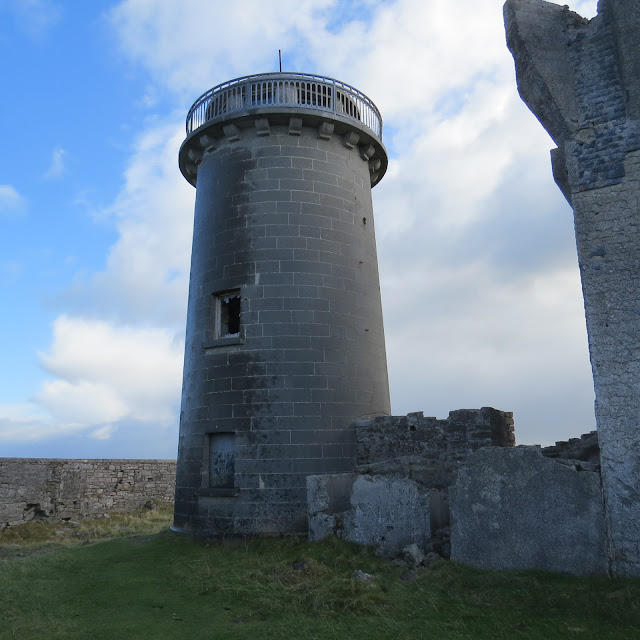 Forgive the large amount of photographs of this lighthouse but it was a great thrill to finally meet it and say hello and I was somewhat star-struck! As previously mentioned, a light was first placed on the highest point of Inis Mor on 1st June 1818, with the intention of lighting the whole Aran Island group. It quickly became obvious that the results achieved were not good enough and it was replaced in 1857 by Eeragh and Inis Oirr, when the light was put out to grass. 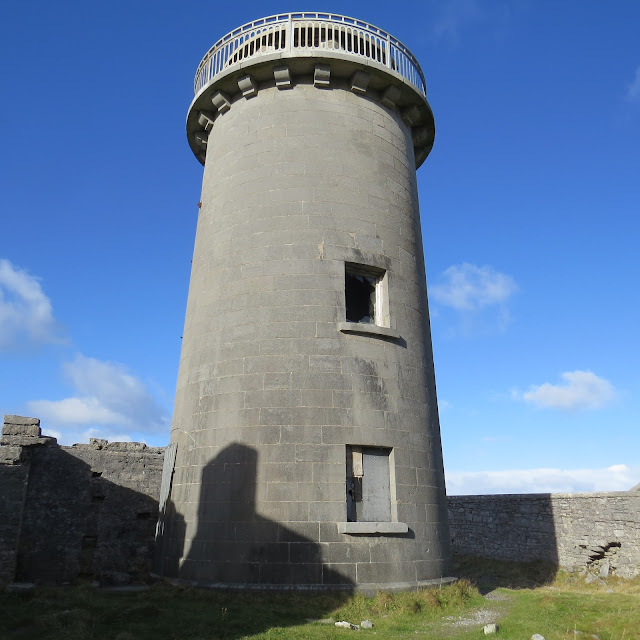 A report into the harbours and shores of the British Isles in 1845, states that "The light at Arran is perched too high; it is 413 feet above the level of the sea. Captains of vessels often see the rocks before the light. The lighthouse is painted white and the light is a revolving one." An 1831 description of the light by Alan Stevenson says that "this light revolves and is seen at the distance of five or six leagues, or at lesser distances in hazy weather, The light appears once in every three minutes in its brightest state, like a star of the first magnitude, and, gradually becoming less luminous, is eclipsed." 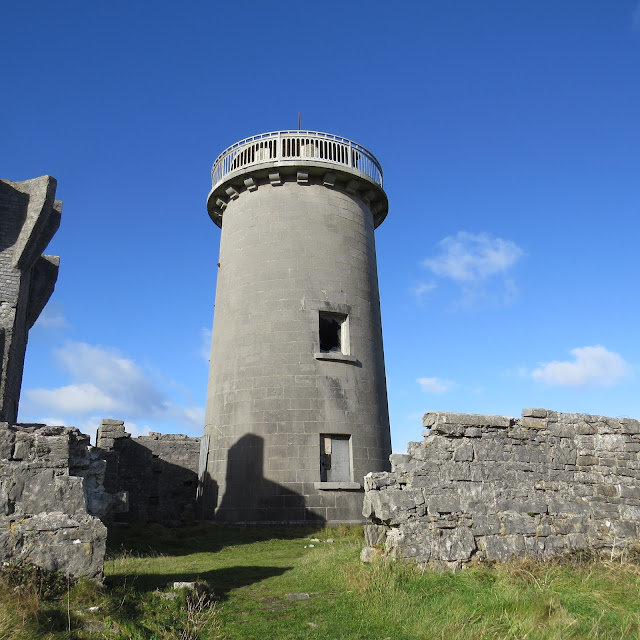 Well, the light is no longer painted white - not a trace of paint remains. Approaching it, a large sign says that Dun Arann is closed for renovations but there was no sign of any renovation work going on when I was there. There are large holes in the wall where you simply walk into the compound. Considering it has been abandoned for 160 years, the tower itself looks in a great structural state. The lantern of course has been removed and the surrounding buildings are in various stages of demolition but the tower looks great. The door has been replaced by a piece of metal and iron railings. Peering inside one of the windows, the inside staircase appears intact. 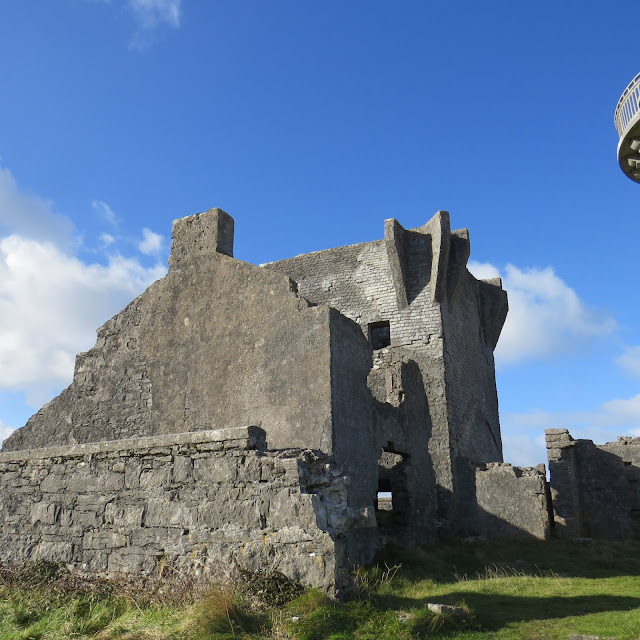 How to get there? Well, if you don't feel like biking it out to Eeragh, take the road uphill from The Bar in the centre of the village of Kilronan and just keep walking. Its about a mile and a half. Watch out for the little lane leading up to the left.
I approached it after visiting Eeragh by bike. Returnig downhill to Kilmurvey Beach, don't take the coast road back but the next one. Its a long climb but not particularly steep. Obviously the lane is on your right this time. You should be able to see the light from the road, as there are several lanes. I wheeled my bike up and there is a little area just below the light to leave it.
I must admit that freewheeling all the way from the light down into Kilronan again was absolutely exhilerating and made me feel like a seven year old again!!! 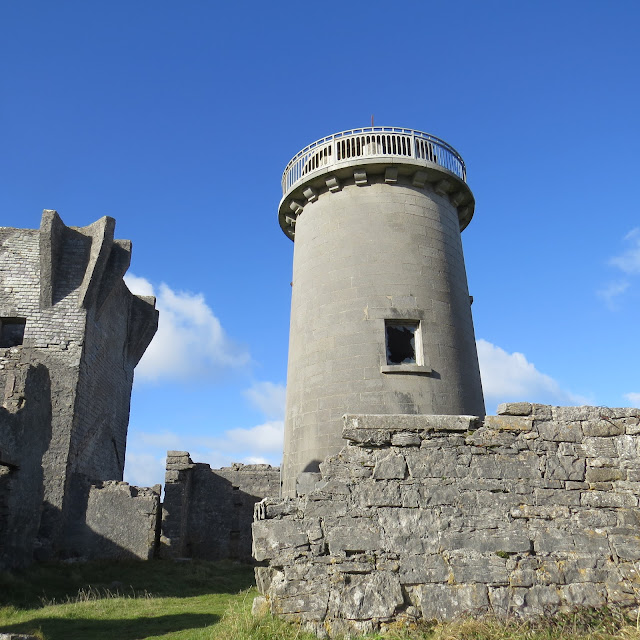 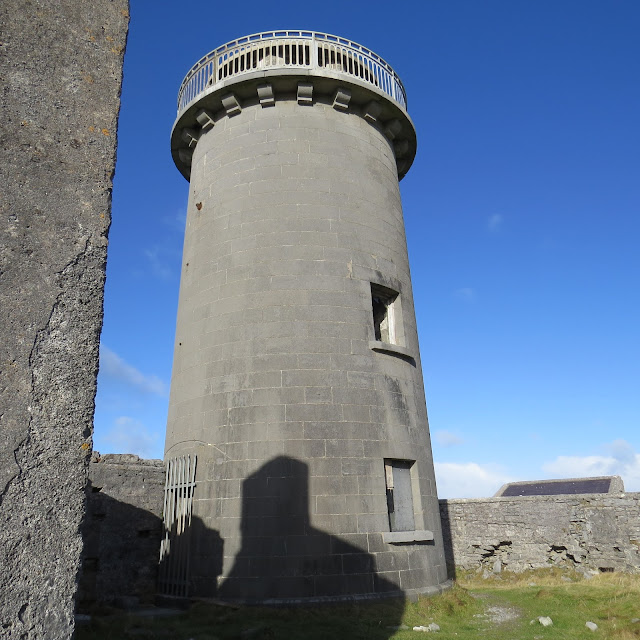 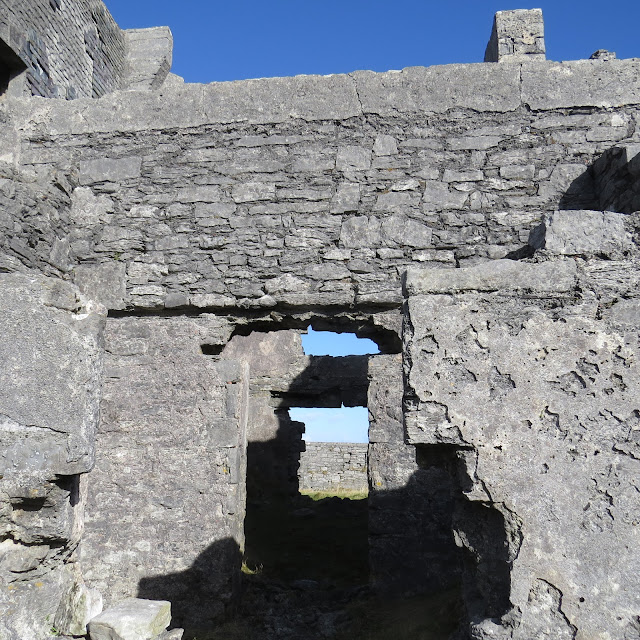 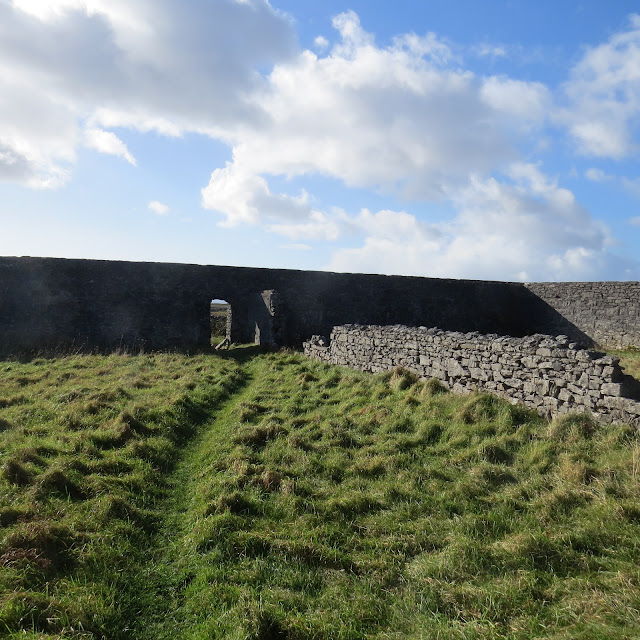 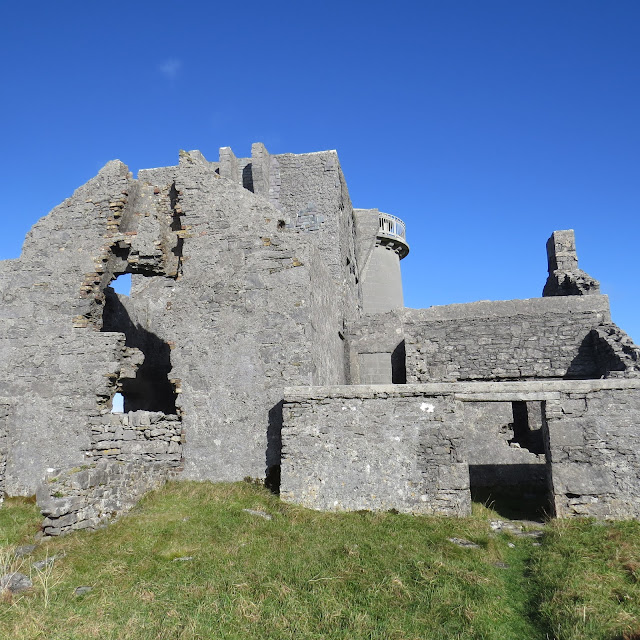 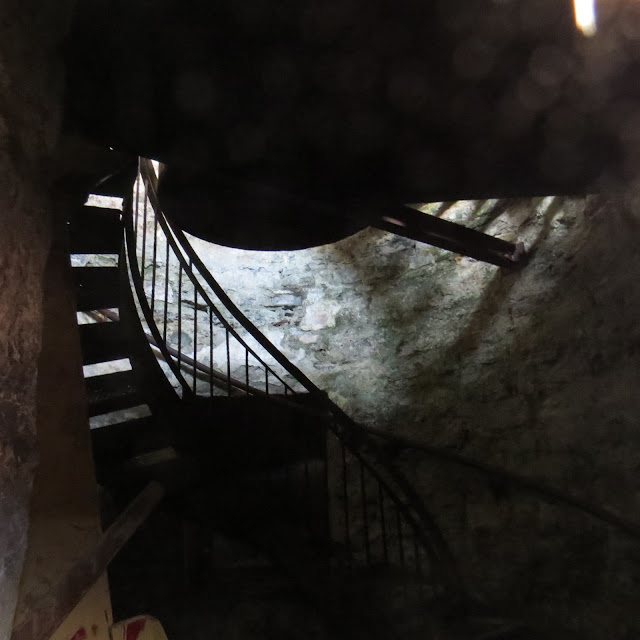 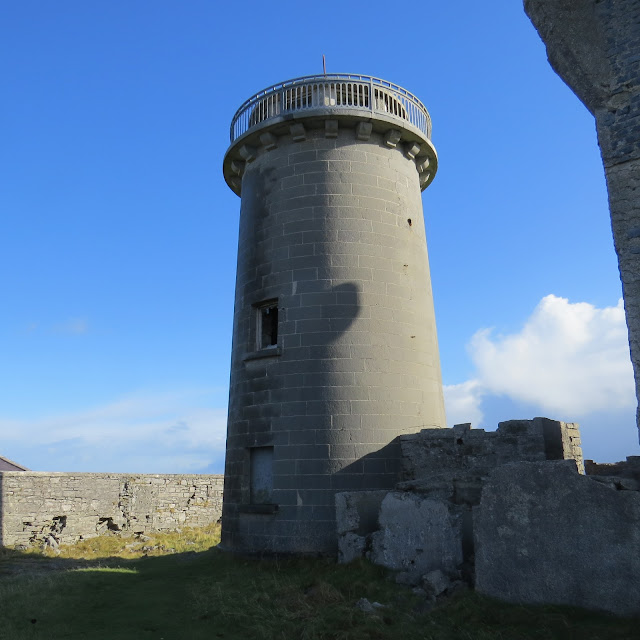 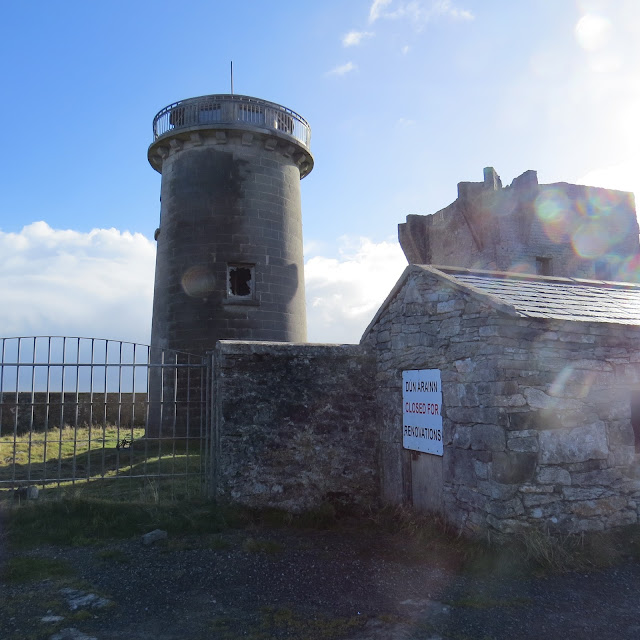 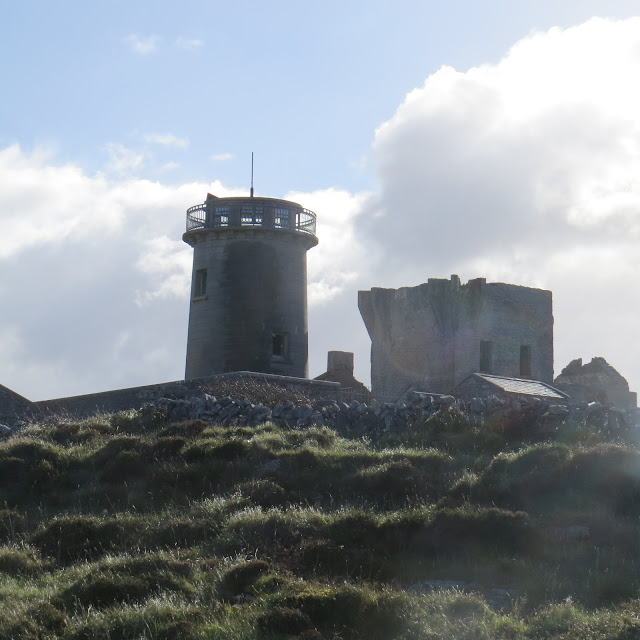 Posted by Peter Goulding at 1:30 PM