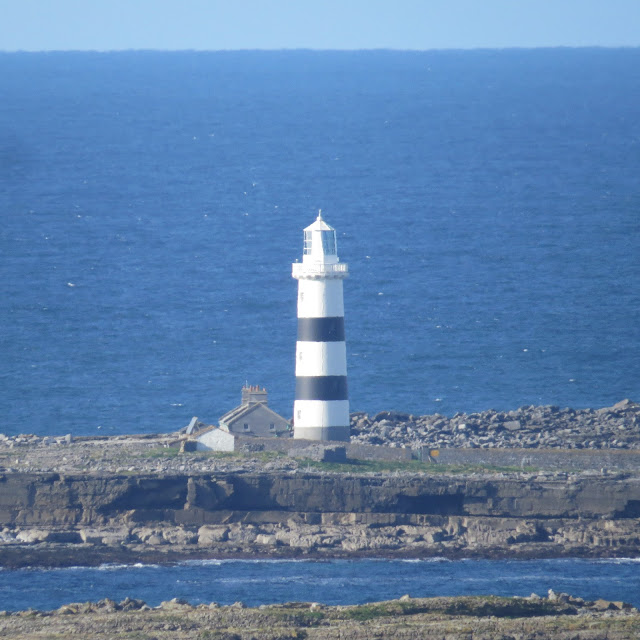 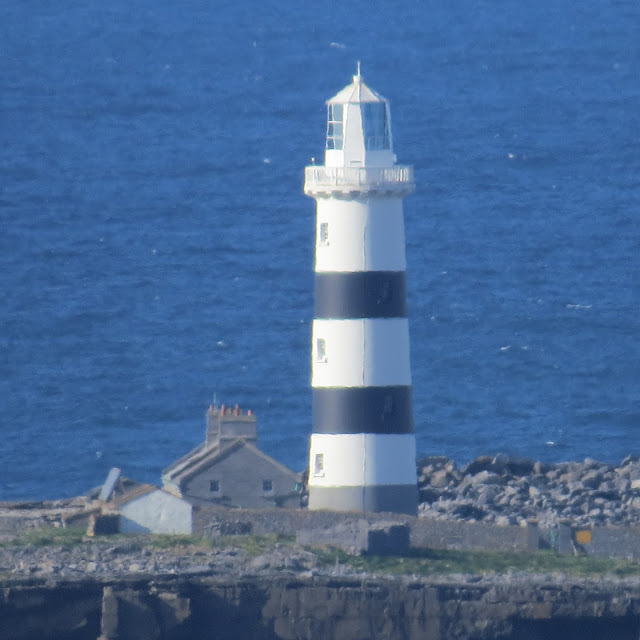 Well, you could walk, I suppose. I considered it. I reckoned I could do 24kms easily in four hours, there and back and be back in time for the ferry. Or maybe take one of the myriad minibuses that meet you at the pier. But if you can only go so far and then walk, would they wait? Ditto the pony and traps that tout for business.
But I opted for a bike. I had only biked once in the past forty years and that turned into a disaster. But this route followed a coastal path, so was less likely to be undulatory. So €10 for a bike for the day from the shop at the end of the pier, a few cursory directions and off I went. 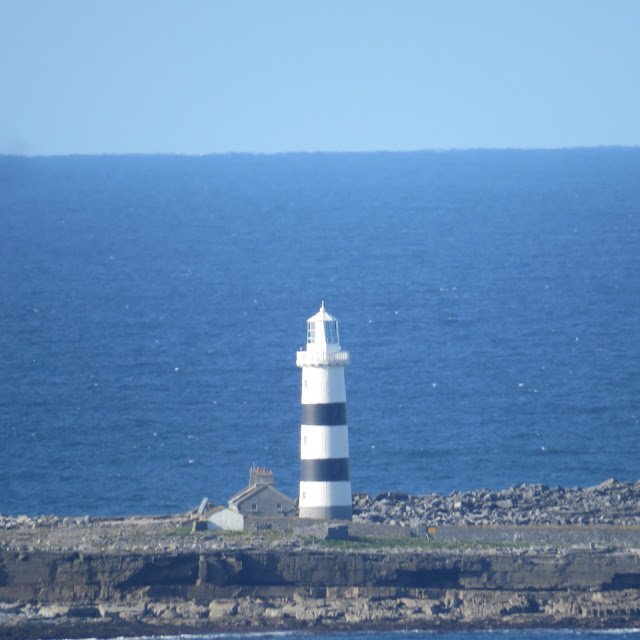 Basically, from the shop, you don't turn right to follow the road around the coast but turn left to go to the centre of Kilronan. At the imaginatively-titled pub "The Bar" turn right and go uphill till you come to Watty's Bar and then turn right. This brings you onto the road you want - simply keep the coast on your right, all the way. 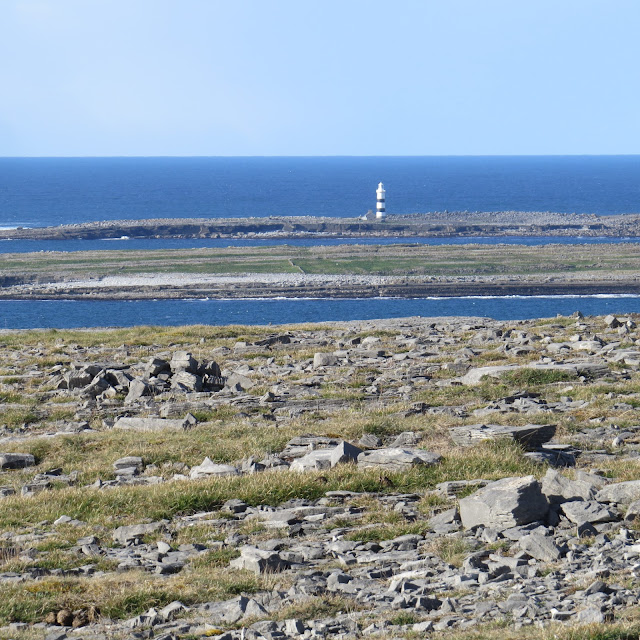 After Kilmurvey Beach, the road rises steadily. It is a long hill and was the only part I had to get off and walk and me 57 years old and unused to cycling. Shortly after reaching the top of the hill, on the downward leg, the lighthouse hoves into view on the right hand side, saving you the bother of a full ascent on the way back. 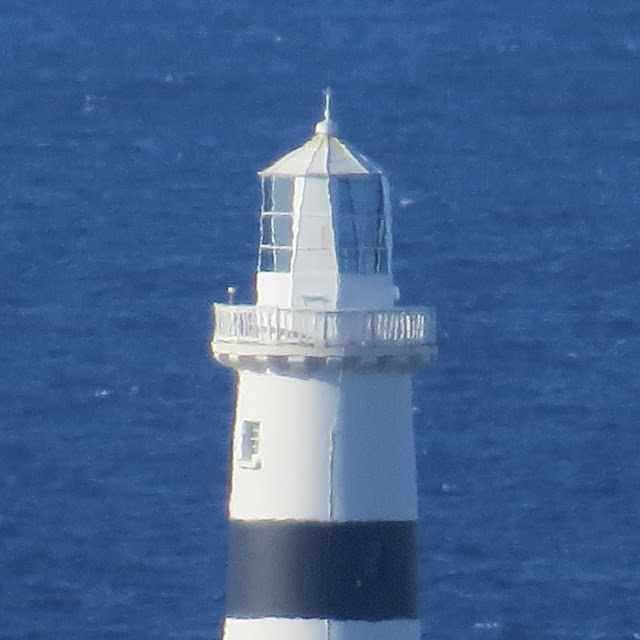 It appears that the lighthouse is on the second (further)  island out and presumably only accessible by boat or helicopter. It is either painted white with three black stripes or black with three white stripes, although the bottom stripe is more grey than black. There is a large solar panel visible on the other side of the keepers' house, which looks like a dormer bungalow with windows in the attic. Built in 1857, it is 31 metres tall. It was automated in June 1978. 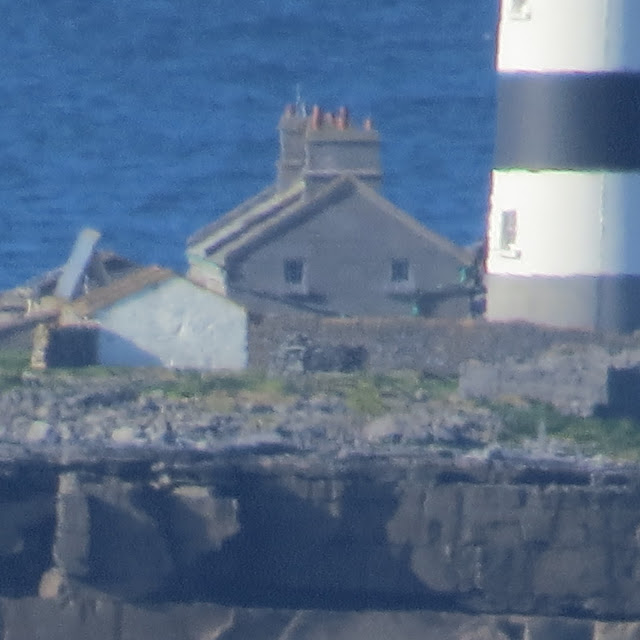