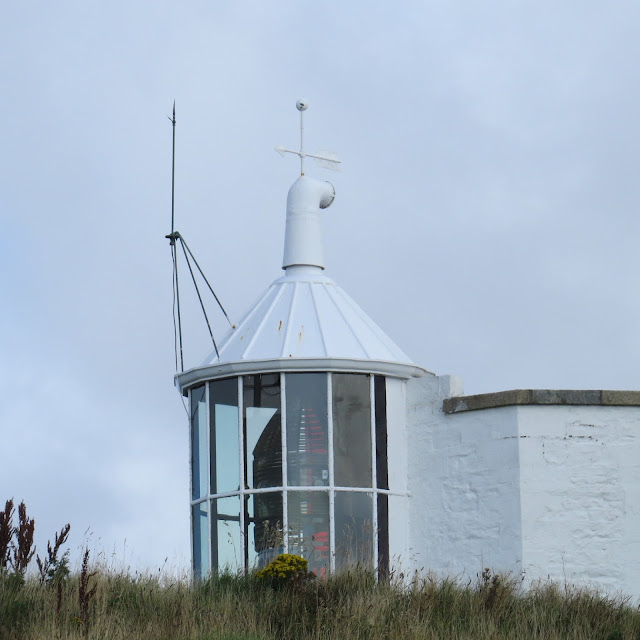 From Inishowen Head, I typed in 55°11.888' North 07°33.250' West into my Satnav and was a bit taken aback by the route it selected for me. It brought me back down south west to Moville then north up to Culdaff before heading south west almost to Buncrana and then north west to Dunree Head. Still, I enjoyed seeing Culdaff. Some of the action in my only novel to date (and probably ever) was set in Culdaff, so it was interesting seeing it in the flesh, rather than on Google Street View! 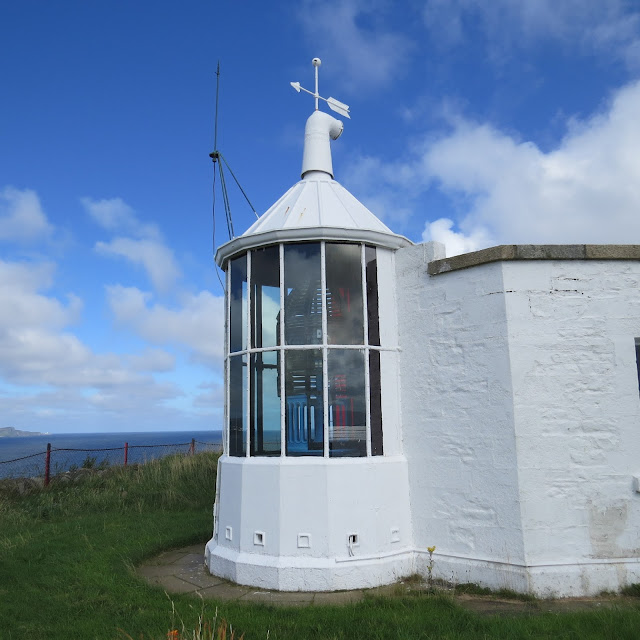 All the signs are for Dunree Fort, which occupies a position slightly below the lighthouse. In fact the lighthouse is out of sight from the car park, so I imagine few visitors to the fort realise there's a lighthouse there at all. The fort was actually first mooted as the site for the light but it was thought that a more elevated position would be better. Thus the light is just a single storey annexe to the main house, as there was no need to add to its height. 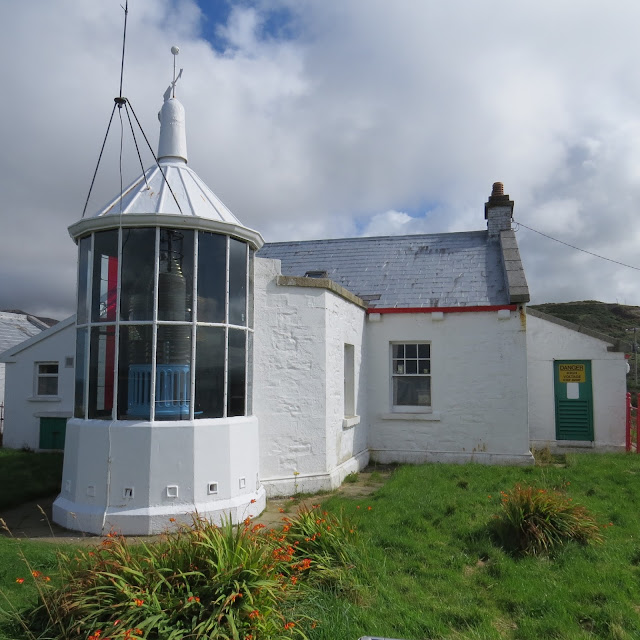 From the Commissioner of Irish Lights site:
"A lantern attached to a dwelling for the Keeper was designed and built and the light was established on 15th January 1876. Mr John Kennedy was the Keeper in Charge. The light was fixed, that is non flashing with a two wick burner using oil in a 500mm diameter lens.... The light is 46m above high water sea level. The dwelling and lantern were built by Messrs McClelland & Co. of Derry. The optic supplied by Chance Brothers of Birmingham.
The character of the light is Flashing (2) WR 5 seconds. Its range is 12 miles white and 9 miles red. Its intensity is 5,000 candelas white and 1,200 candelas red. The height of the structure is 6 metres". 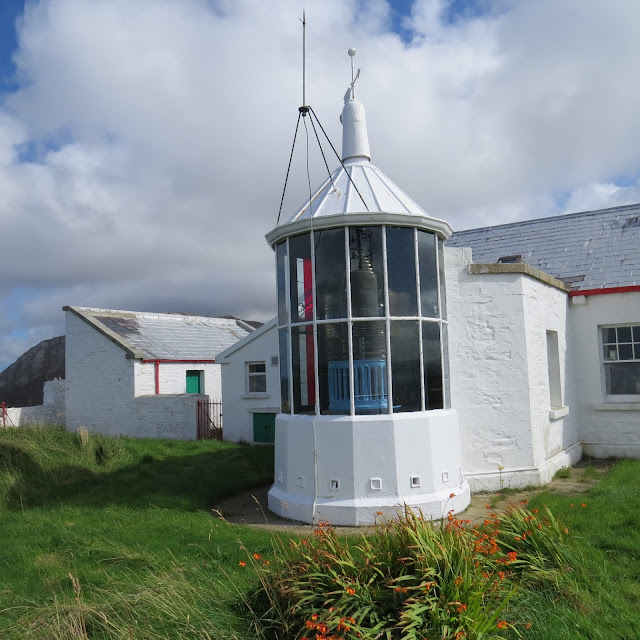 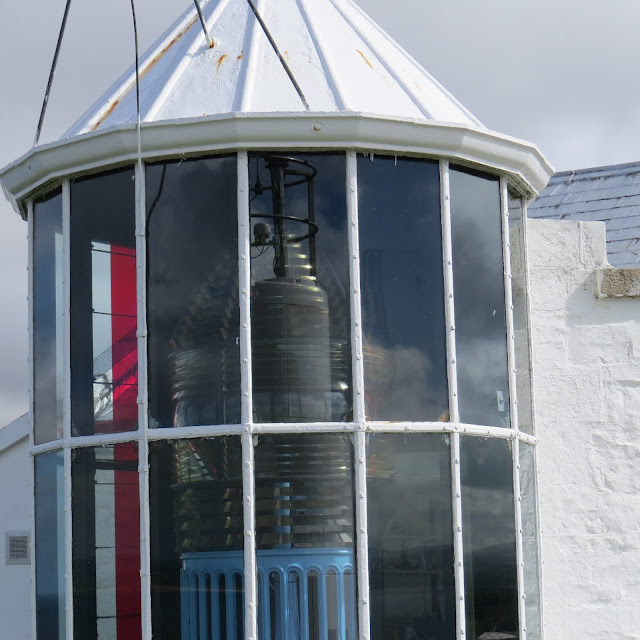 Incidentally the denouement of my novel takes place at Dunree Head lighthouse. Now that I've been here, I'll have to alter it a little bit. My vivid descriptions bear little resemblance to the reality! 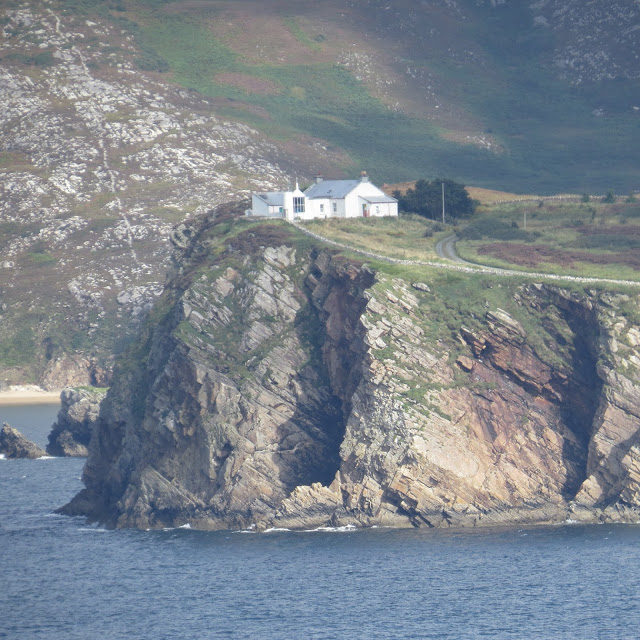 The photo above and the three below were taken from across Lough Swilly on the Fanad peninsula. I had tried this once before in 2008, in the murky late of a late autumnal evening. The difference is chalk and cheese. These photos really show the beauty of the location. 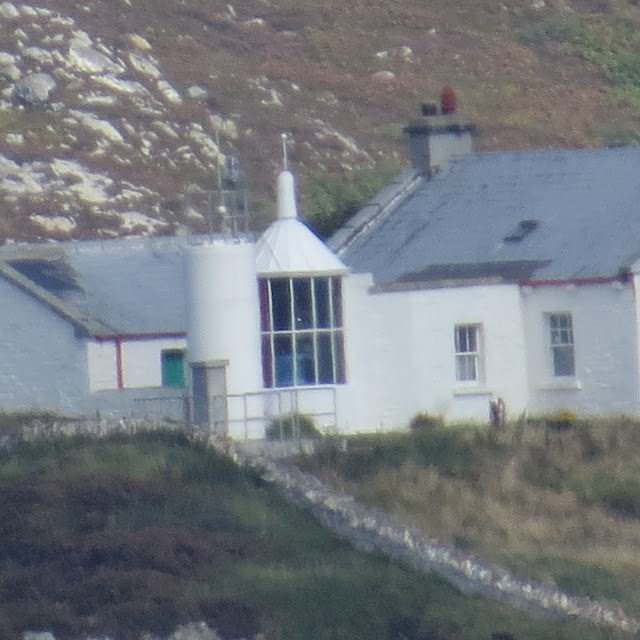 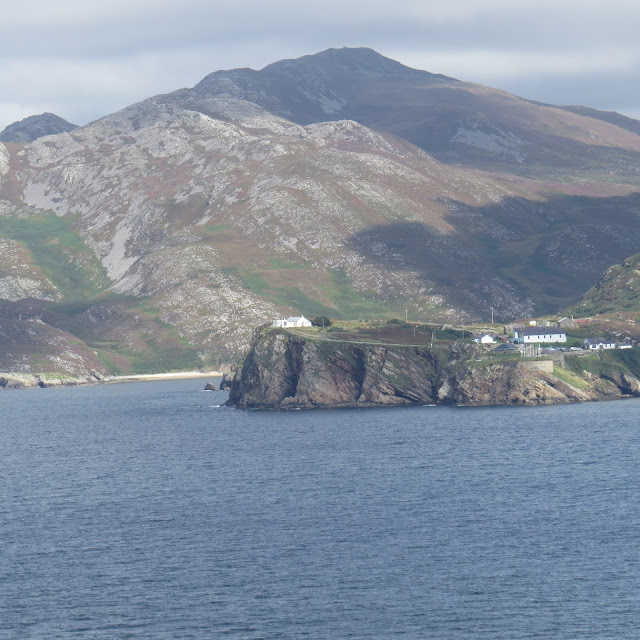 But wait! There was a big surprise at this light. Fair play if you spotted it in two of the photographs. Yes, a new light has been erected about ten yards from the old light. Don't know much about it - see the next post

Posted by Peter Goulding at 1:52 PM