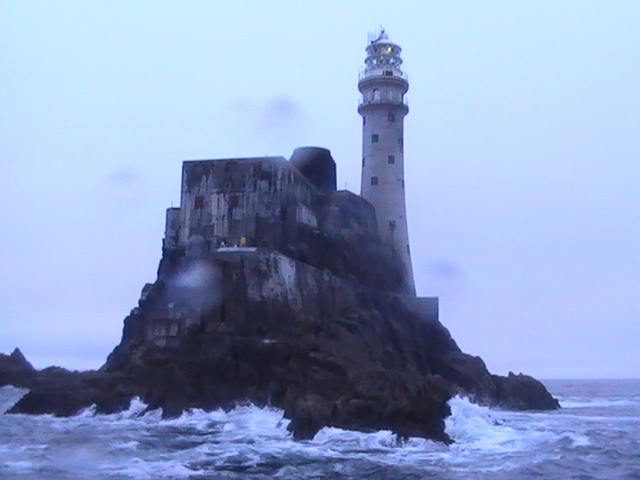 Ireland's most famous lighthouse 6 kms off the Cork coast, known as the Teardrop as it was the last glimpse of Ireland that emigrants had on their way to Amerikay. Karykraft in Schull Harbour do weekly trips to the Fastnet (twice weekly in August) so this was an opportunity too good to be missed. And, although it got fairly foggy, it was still a truly memorable experience, so excuse my snaphappiness. 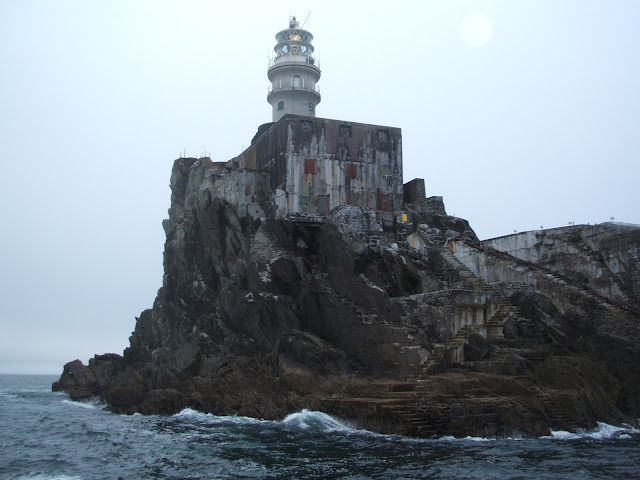 The original lighthouse on this most inhospitable of islands was a cast iron tower, a sister light to Calf Island. Built in 1854, it stood proudly until 1881 when Calf Island light was swept away in a terrible storm. They then decided that the Fastnet might share the same fate, so the present light made of Cornish granite was erected in 1904 and most of the old light dismantled. The stump of the original light can clearly be seen in all the pictures except the second one. 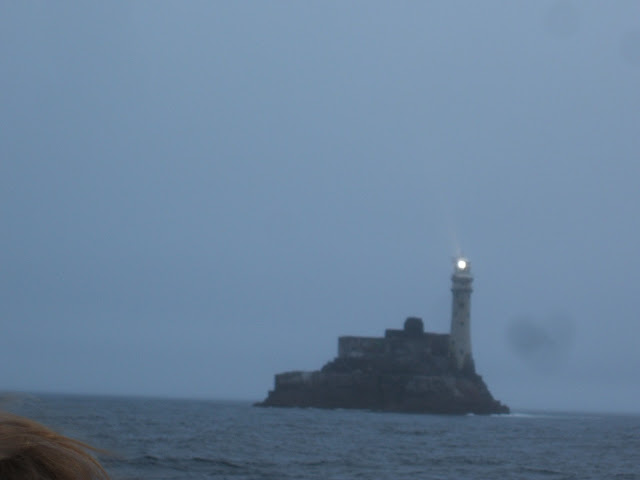 The new light took four years to construct and the task was completed with no loss of life or serious injury, a remarkable feat in those days. It is Ireland's tallest lighthouse and is the turning point of the biennial Fastnet Yacht race which starts and ends in southern England. The 1979 Fastnet race is still remembered for the appalling loss of life suffered. 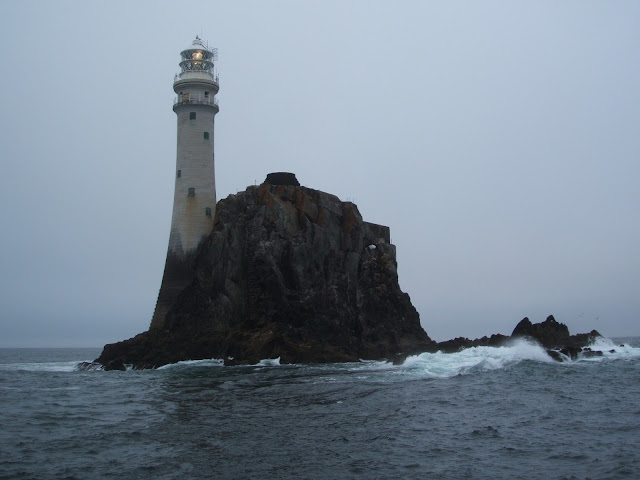 The light has a range of 28 miles. We were staying on a hill above Kilcrohane on the Sheeps Head peninsular, which is the second peninsular up from the Fastnet and we could clearly see the light flashing every five seconds across Dunmanus Bay, the Mizen Penisular and 6kms of ocean. 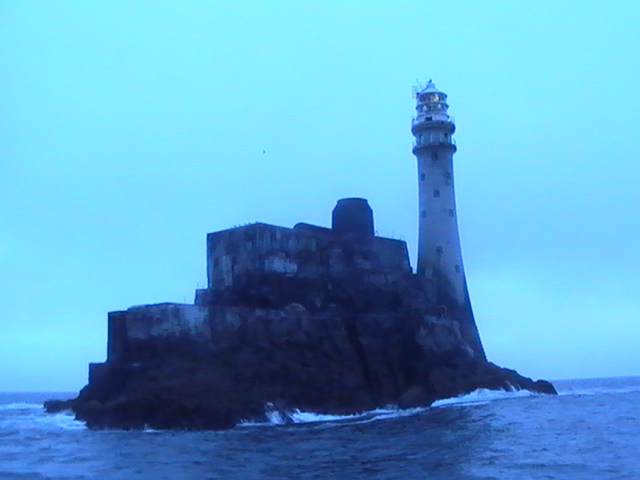 The Mizen Head Visitors Centre has a great display on the construction and history of this light. 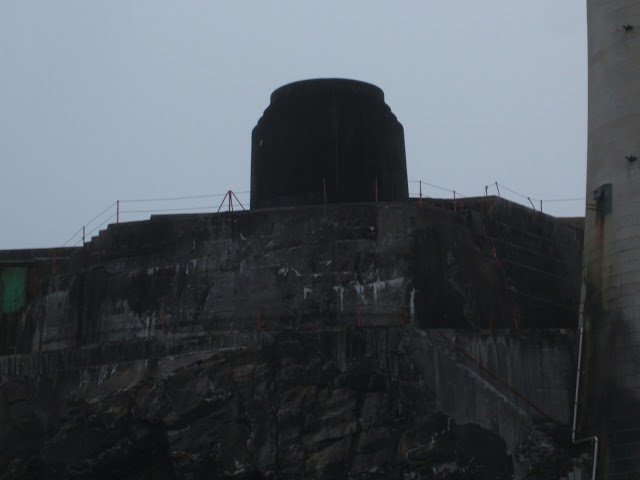 Stump of the original lighthouse, now the oil house.
Posted by Peter Goulding at 2:16 PM