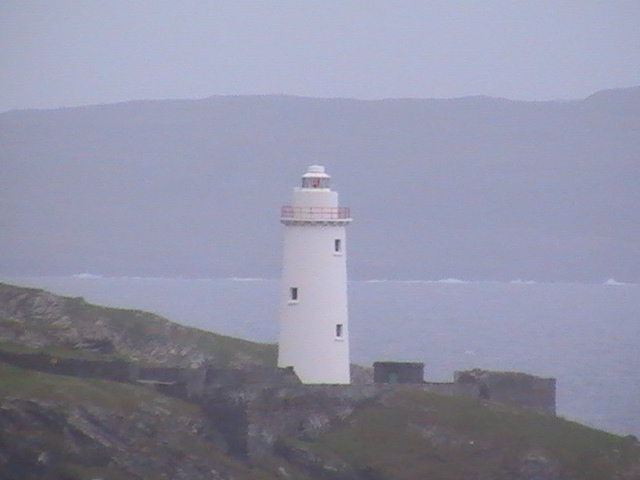 Like Copper Point this started out life as an unlit beacon , only becoming lit in 1965, 115 years after construction. It is located on the western end of Bere Island which guards Castletownbere. 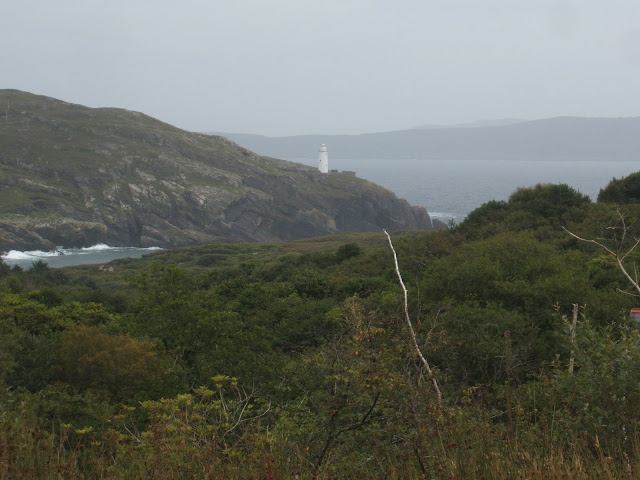 There is a ferry in Castletownbere that brings you to Bere Island and then you have a hike to get to the lighthouse. Looking at the map and with two somewhat non-lighthousey people in tow, I figured you might be able to get a view of it from the mainland. Accordingly we drove west out of Castletownbere (make sure you have your castletownbearings right!) for about 2kms until we saw what looked like the entrance to a castle to the left. We took the road past and to the left of the castle and continued down this fairly narrow load until suddenly we got the view above. Maybe we'd have got even better had we continued but as I was being humoured, I decided not to push it. 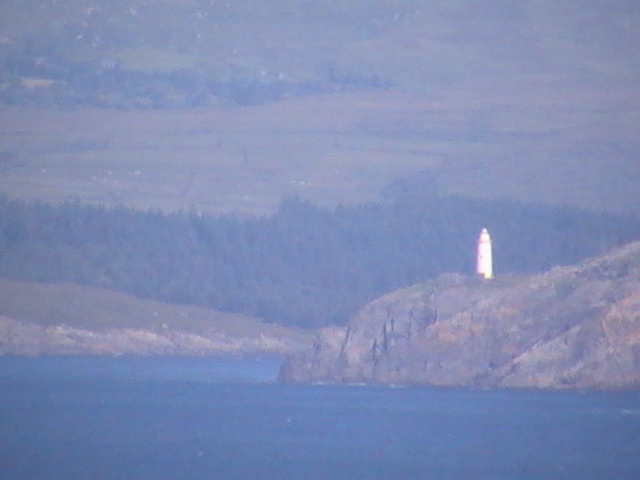 The photo above is actually taken from very near the end of the Sheeps Head peninsular further south. 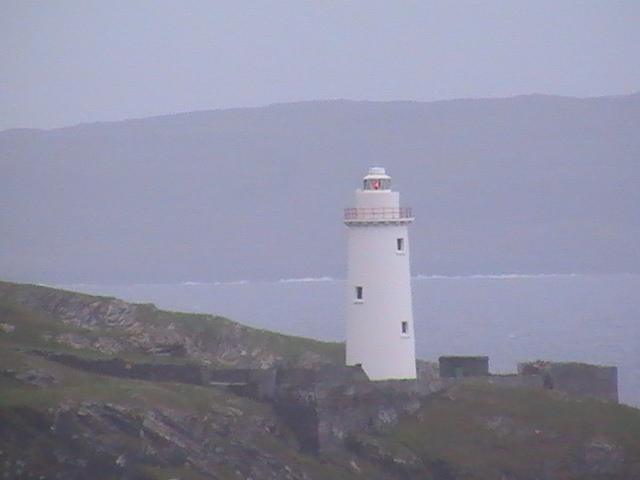 Posted by Peter Goulding at 3:48 PM