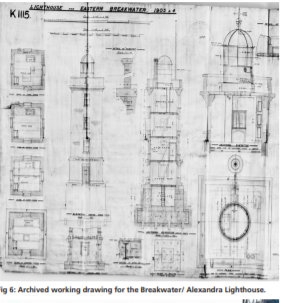 The light at the end of the Eastern Breakwater at the east side of the Alexandra Basin in Dublin's north port area was demolished in 2004. It consisted of a  square brick tower, which had four storeys with a lantern on top. It also had a fog bell on the side of the wall near the top. The pierhead was demolished to make way for a new pier wall, to take Berth 50a.
The lighthouse measured 4.875 meters by 4.875 meters and had a height of 15.3 meters to the apex of the lantern. It was built in 1904 and replaced an earlier lighthouse, smaller, but still probably brick, that dated from the time that the new breakwater was completed in 1884. 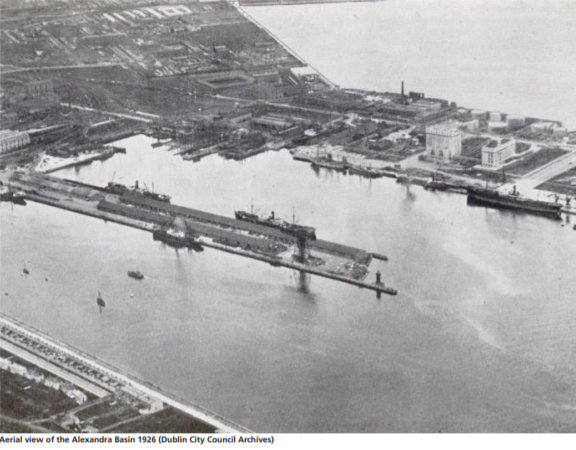 Now, the good news is that plans are afoot to create a new Industrial Heritage Park at the very eastern extremity of the north Dublin Port. This will be a place the public can come and enjoy with great views up and down the Liffey. The centrepiece of the Park will be an entity called The Marker, which will comprise a pole, an elevated walkway and crucially, the lantern and the bell from the lighthouse demolished in 2004. I had no idea that the bell and lantern had been preserved but I see that it was a stipulation of the planning permission. 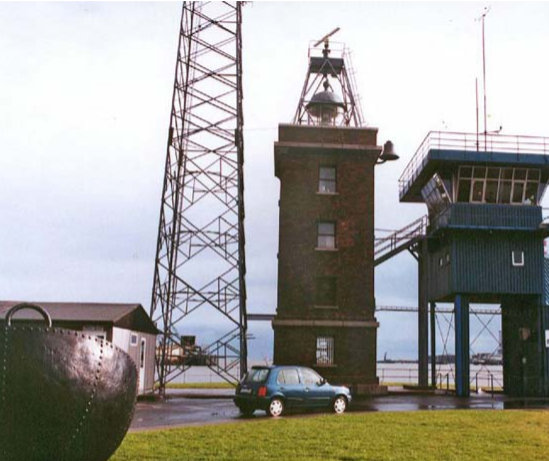 Above, the 1904 light showing lantern and bell

Photo just prior to demolition. The blue building was something to do with port administration. 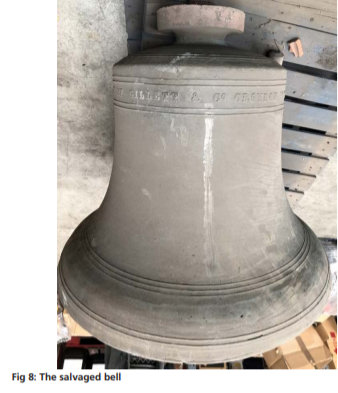 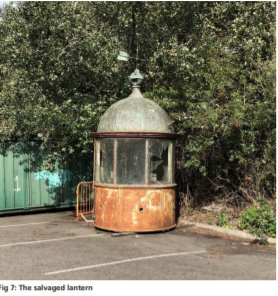 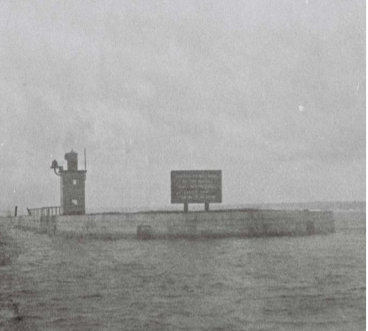 A very rare photograph (I haven't come across any others) of the original East Breakwater lighthouse (1884 - 1904) It appears to be smaller, though still with a lantern and bell. It appears to be located on the edge of the dock, where the long straight breakwater turns into a roundel. The 1904 light was positioned more centrally on the roundel.
Posted by Peter Goulding at 6:05 PM