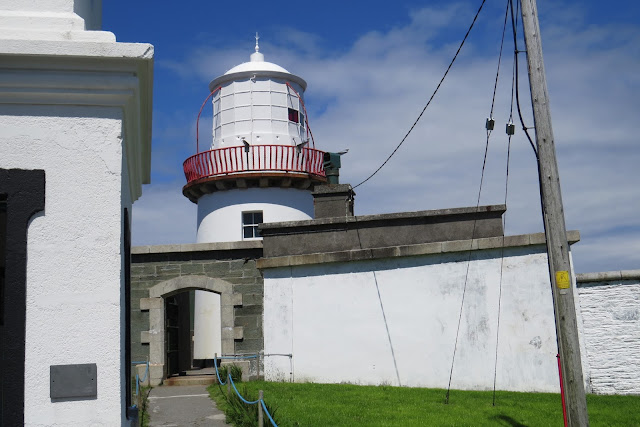 In all my visits to lighthouses, I've actually got inside very few of them. Hook Head, the Old Head of Kinsale, Mizen Head. Erm, that's it.
So it was with great delight that we walked down the long road to the lighthouse on Valentia Island, one of the so-called 'Great Irish Lighthouses' that have been opened up to the public. 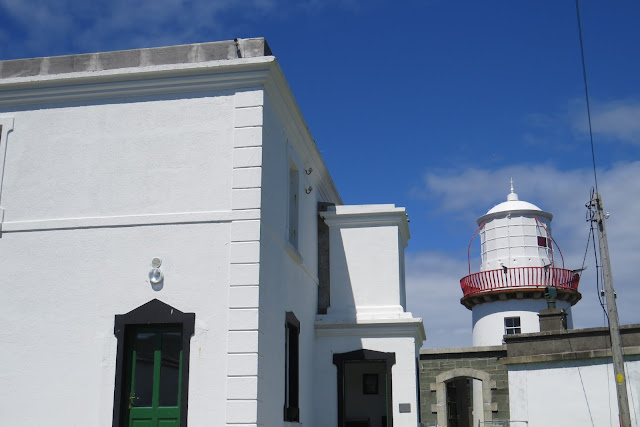 For a paltry €5 each, we were shown around by Luke, who was there for the season. He was very informative about the lighthouse and enthusiastic about his brief. 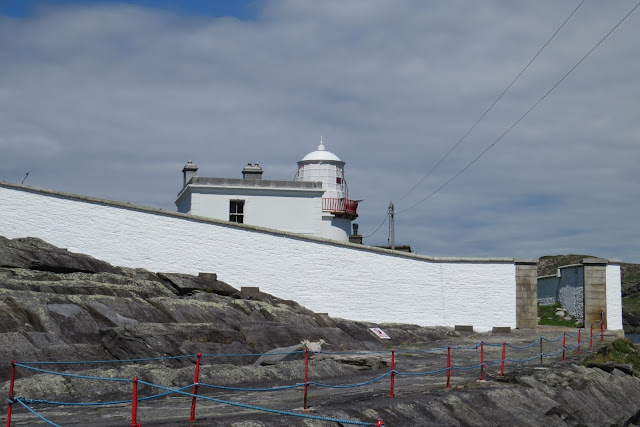 The lighthouse was built in 1841 as a harbour light for Knightstown and beyond on the grounds of an older Oliver Cromwell fort, the ramparts of which are still visible. It is a very unusual lighthouse in that it is very low, not much above sea level, so one can imagine that in violent storms, the views are pretty spectacular! In fact, tentative proposals have been made to build a glass canopy down to the lighthouse so that the public can safely witness the power of the sea! 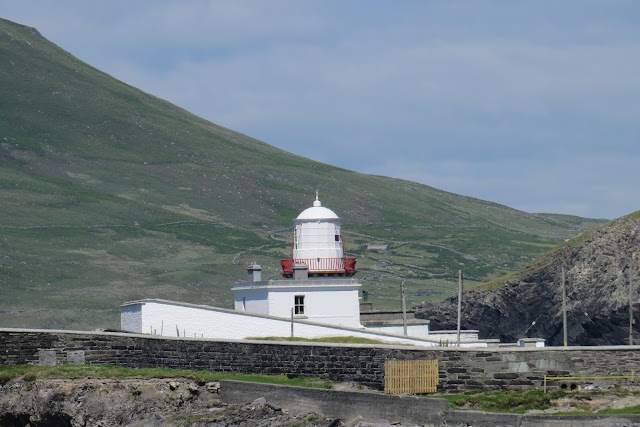 A small bridge links the lighthouse to thew rest of the compound. The tower is open and also the keeper's house, which has many photos and memorabilia contained within. Huge boulders, which were washed up by the storms of 2014 lay strewn around. 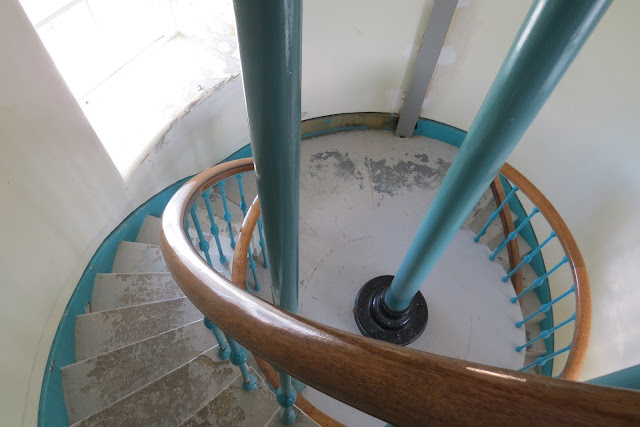 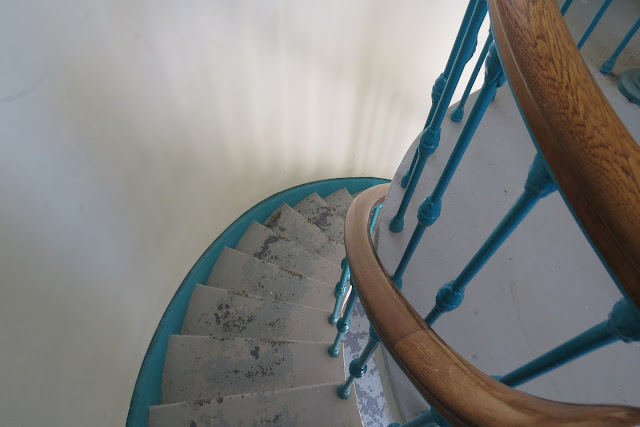 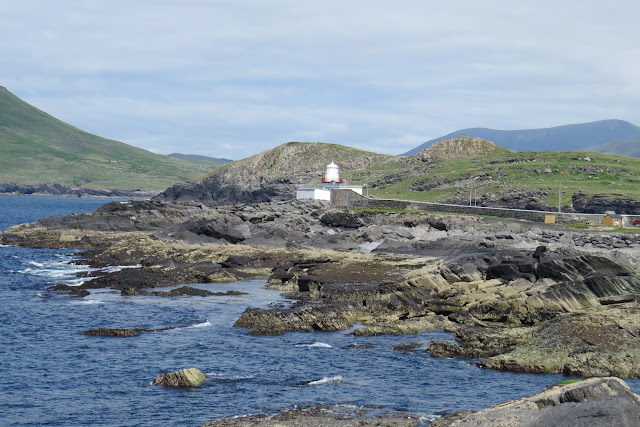 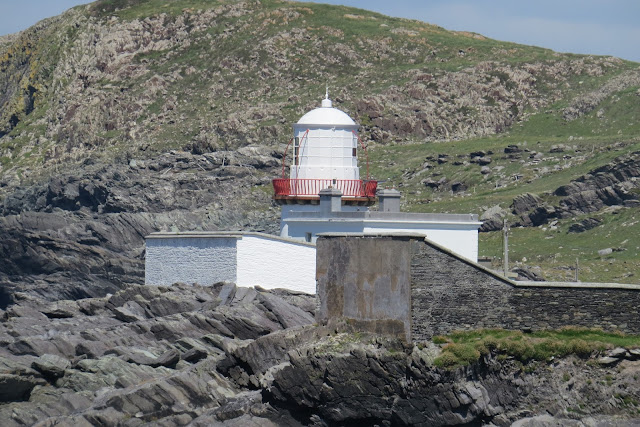 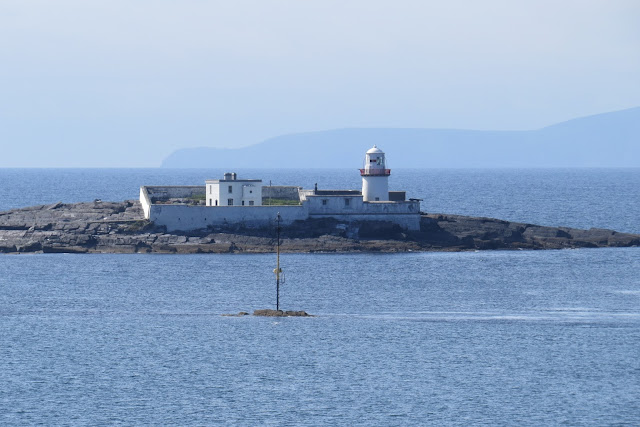 View from Valentia Directional Light, further east along the coast 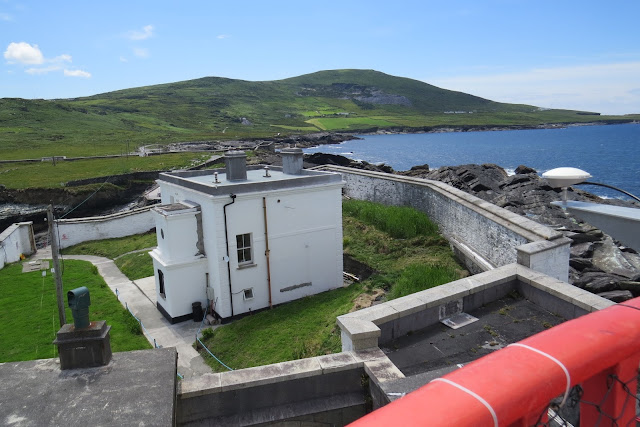 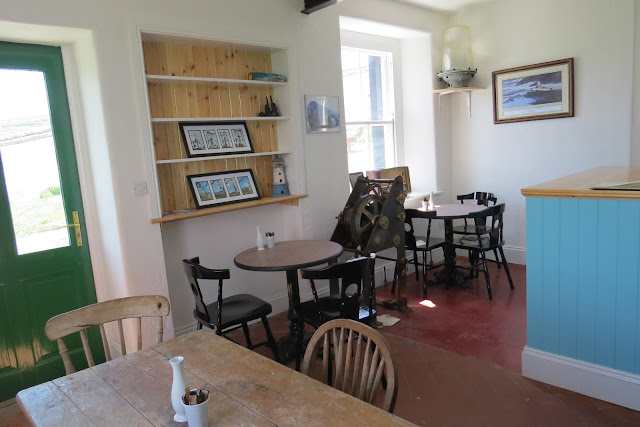 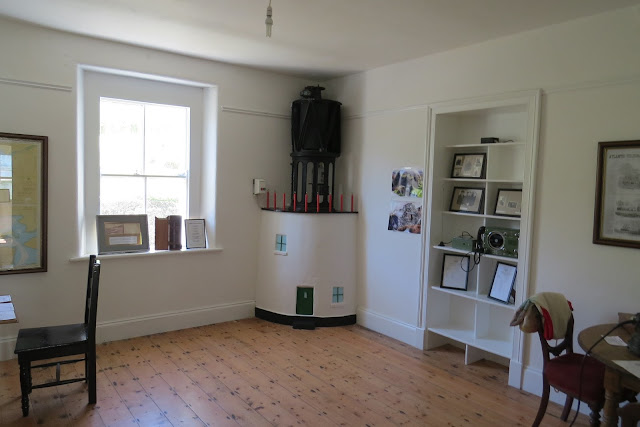 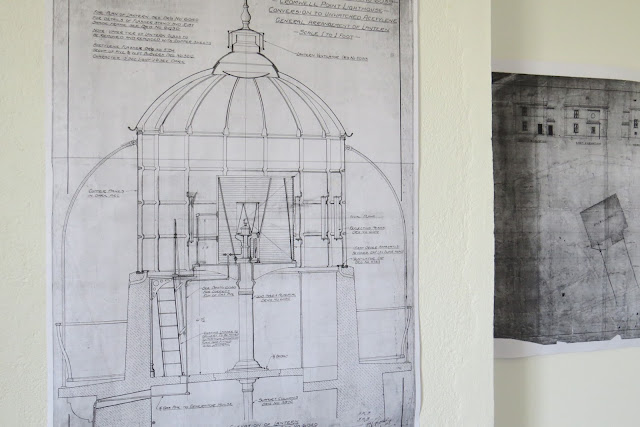 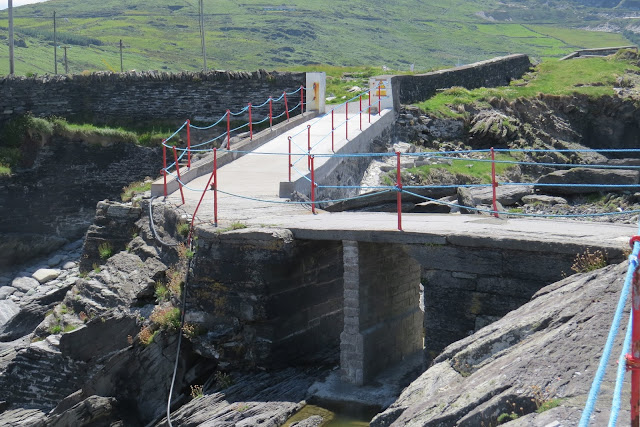 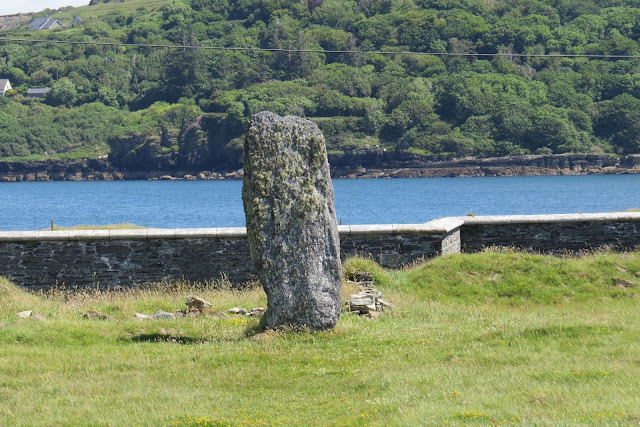 A standing stone in the Fort complex. This was one of fourteen. The others are scattered around Valentia 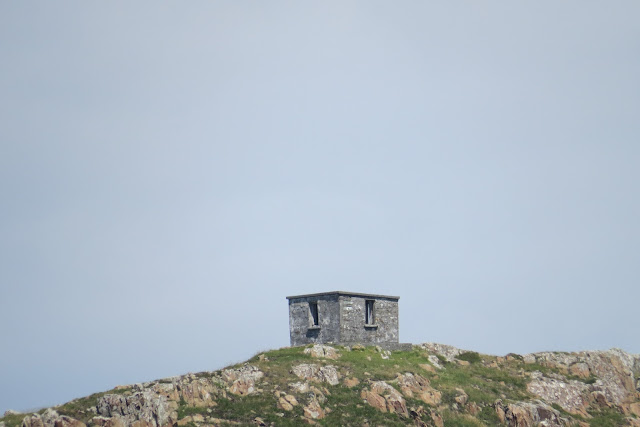 On the adjacent island of Beginish sits an old stone signal tower. In the old days, a watchman would wait for ships to come sailing in. He then would signal to pilots in Knightstown to come and guide the ship into harbour, a lucrative business.

Posted by Peter Goulding at 1:55 PM