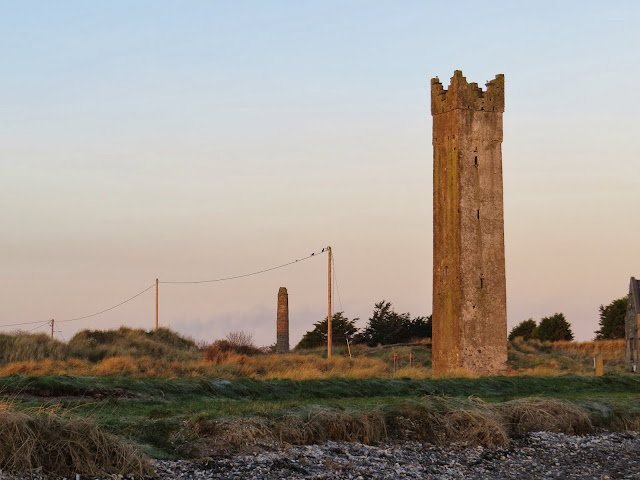 Not to be found in many lighthouse directories, this is the Maiden Tower in Mornington, quite conspicuous and found by walking the track between Drogheda West and Drogheda North Lights. 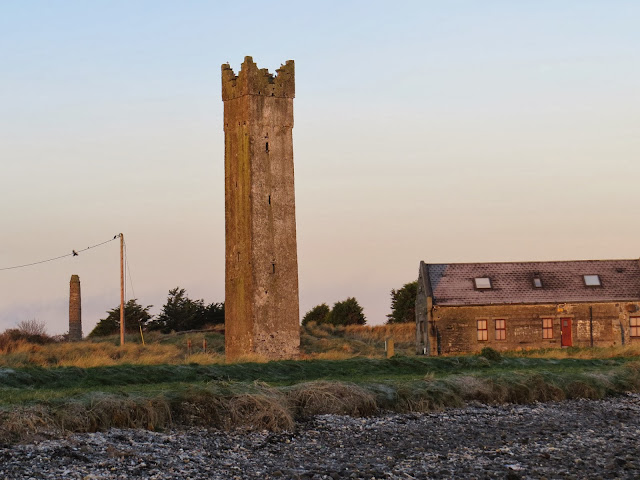 I quote from "A Local Folklore Miscellany" by Frank Gallagher, O.D.S. Journal 2007 and "The Streets and Lanes of " by James Garry, 2009 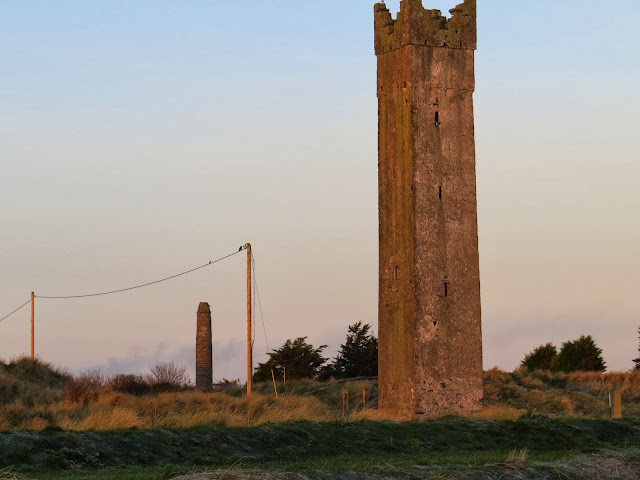 The 60 foot high Maiden Tower was built during the reign of Queen Elizabeth I (some would say hence the name 'Maiden Tower') as a beacon to aid mariners on their way into Drogheda port. It was used as a landmark to mark the mouth of the Boyne and it is said that before the river walls were constructed in 1765, when a mariner brought his ship into line with the Tower and the Lady's Finger, the course of his ship marked the precise angle necessary to cross the bar. It also served as a look-out post during the Elizabethan Wars with Spain (1585-1603) to warn of any approaching enemy ships. The tower, the top of which is reached by spiral steps, commands a most extensive look-out over land and sea. It was originally brightly coloured, making it even more conspicuous and useful to mariners. 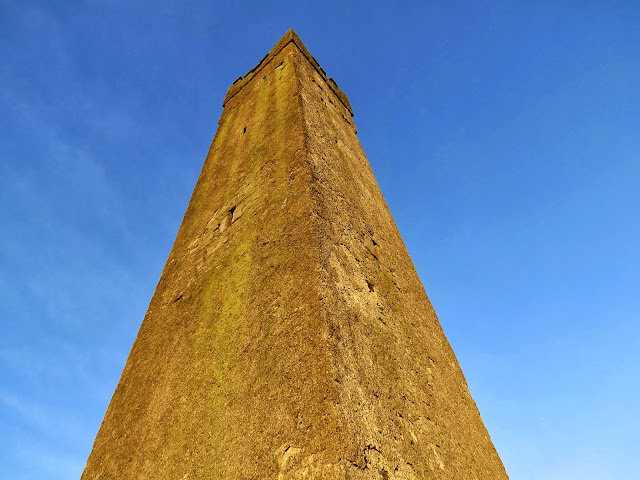 The picture below shows the Tower together with the Victorian lifeboat station (now a private dwelling) and the Lady's Finger behind. 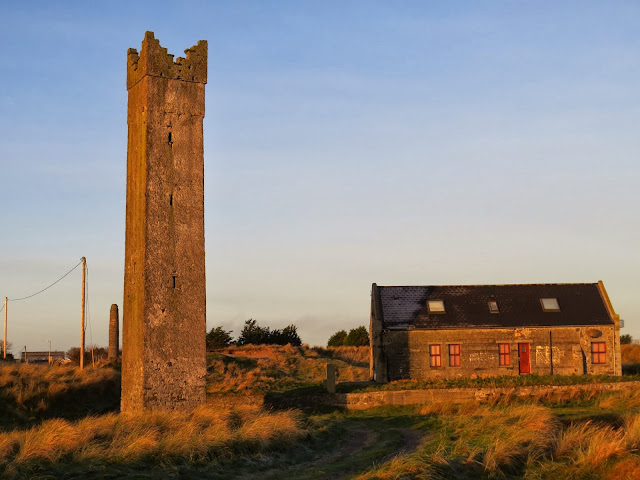 Posted by Peter Goulding at 7:53 AM