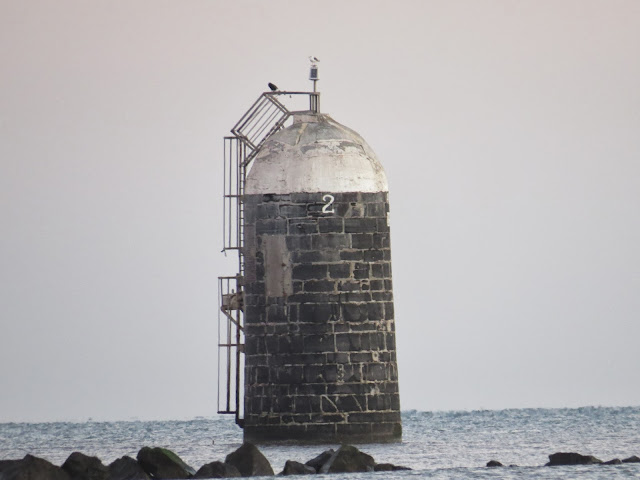 Two and half years since I was here last This is Aleria Lighthouse marking the northern entrance of the River Boyne and the gateway to the port of Drogheda. 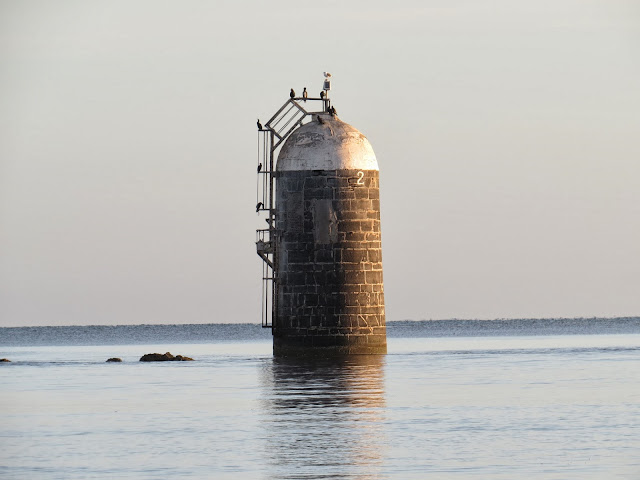 These photos were taken just after sunrise and just after high tide. I had hoped to get the green light flashing but, though I saw it on my approach, by the time I reached it, it had stopped. 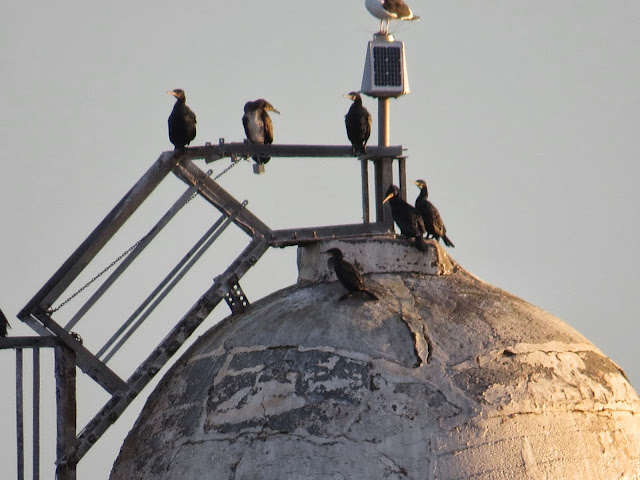 As mentioned previously, I had originally tried to find this light by hugging the north bank of the Boyne from Drogheda but that way lay fear and despair. Besides, the light lies at the end of an unwalkable breakwater, so it is actually much better to get a view from the south bank. If driving from Bettystown, coming into Mornington, the road will bend around to the left (west). Take the lane on your right (east) and follow it down to the car park. From there it is a short walk through the dunes to the beach 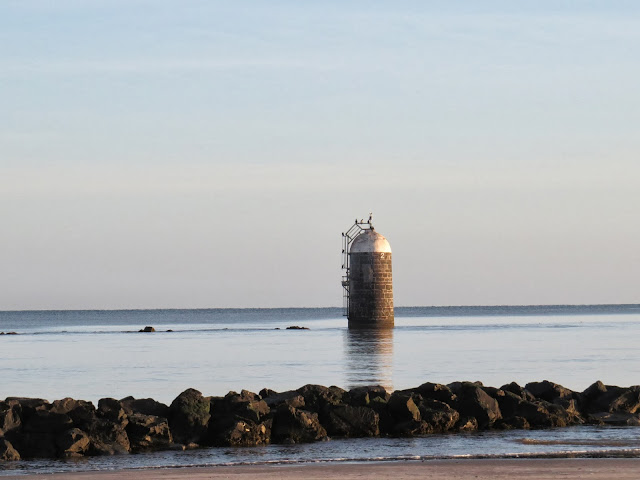 This light is operated by the Drogheda Port Authority and is listed as having been built in 1936. However, a report from the Dublin Port Authority after inspecting the Boyne lights in 1864, says that "the first light on the entrance of the river, under the control of the Harbour Board, is a green light and placed on the north side, the lamp of which is attached to the seventh perch" The entrance of the Boyne has several smaller but similar towers. The Inspection Committee of 1864 were quite astonished that the beacons hung from the side of these towers were lit at nightfall but were not re-lit when they had burned out! 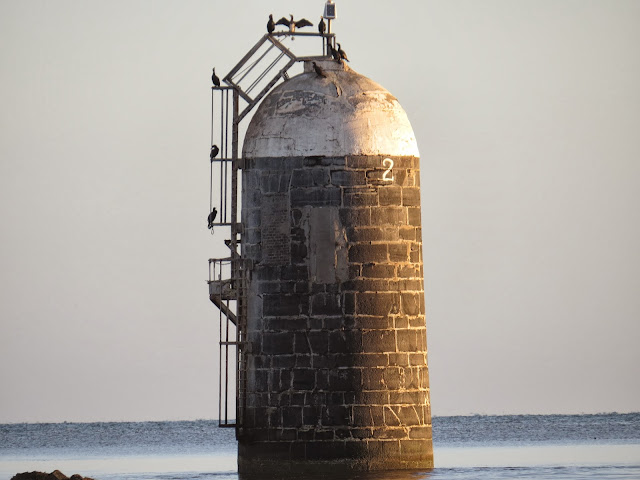 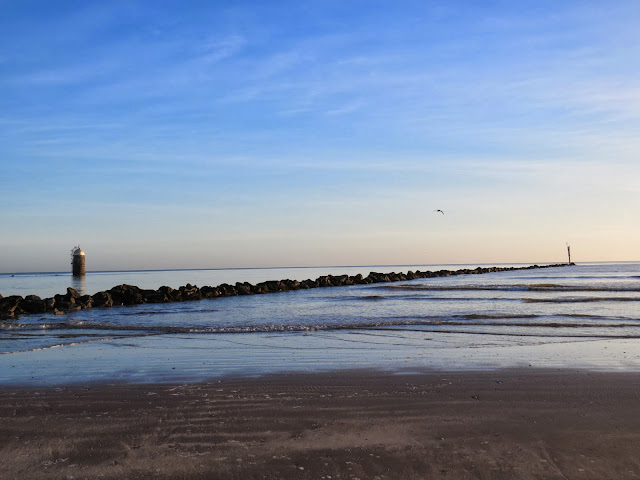 Posted by Peter Goulding at 6:47 AM