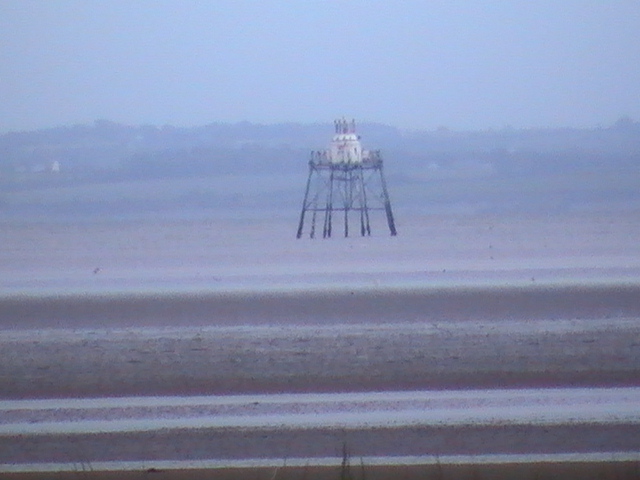 Like a big spider sitting in the middle of Dundalk bay, this is one of only three screwpile lighthouses in Ireland, the others being at Spit Bank and at Moville. It was built by Alexander Mitchell in 1855.
This one is by far the furthest from the shore, hence the hazy picture. In fact, according to the road map, it looked as though it should be visible from Blackrock, near Dundalk but though I parked up on the front, I couldn't see it at all. It was only after driving around and onto the Cooley peninsular that it came into view. Actually, I probably stopped a bit early (where the road skirts the sea and is joined by the R174.) I think I should have carried on up to Giles Quay - it might have been a bit nearer.
Posted by Peter Goulding at 2:07 PM