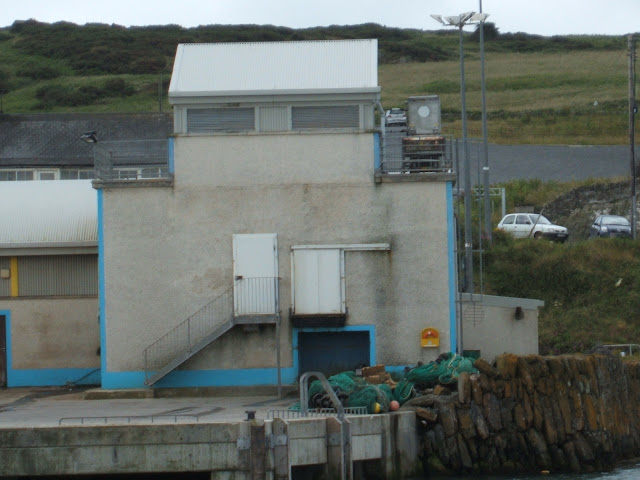 Okay, hunt the lighthouse. According to the Lighthouse directory, the light in Clogherhead is "mounted on a two storey concrete and metal pier building" Well, after accosting two early morning hikers on Clogherhead Strand - seeing nothing that resembled a light - I was informed that the pier was a mile further down the road.
On arrival there, I could see nothing that resembled a light. The picture above is of the only two-storey building on the pier (and yes, it is metal and concrete) but there was nothing that fitted the description of a light. Two fishermen on the pier scratched their heads. Another local said the pier had only been restored about a year ago, but he couldn't remember a light ever having been there.