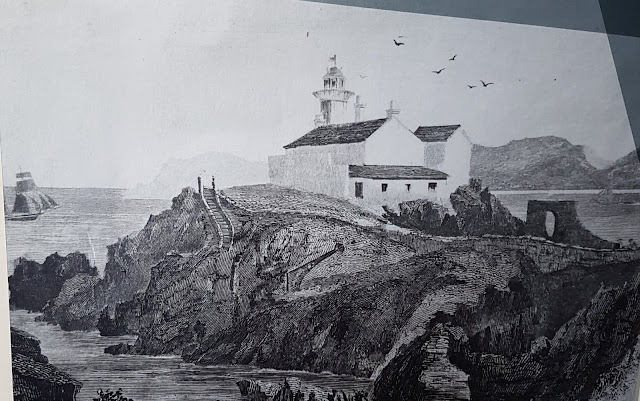 On my September 2016 visit to Fanad, I tried to find evidence of the original light, with no success.
The first light was shown  at Fanad on Patricks Day 1817. According to the CIL website,
"The first lighthouse was similar in size to two other towers being built around the same time, one at Mutton Island off Salthill, Galway Bay, and the other at Roche's Point on the eastern entrance to Cork harbour. They were 5 feet 9 inches inside diameter by three stories high-ground, first floor and lantern."
In 1886, "Construction (on the new light) went ahead and a new larger and higher tower, close to the original tower was built together with an extra dwelling."
I was unsuccessful in finding evidence of the original tower, a stump, or a circular foundation. On the tour of the lighthouse this time around, I came across an old painting of the lighthouse, pre-dating 1886 (see above). It shows a different configuration of dwellings and a much shorter light. It appears that the new tower must have been built practically on the same location as the old tower.

It also shows steps on the left-hand side of the picture leading down to a landing stage at the water. These steps are still there, though blocked off and overgrown, see photos below. 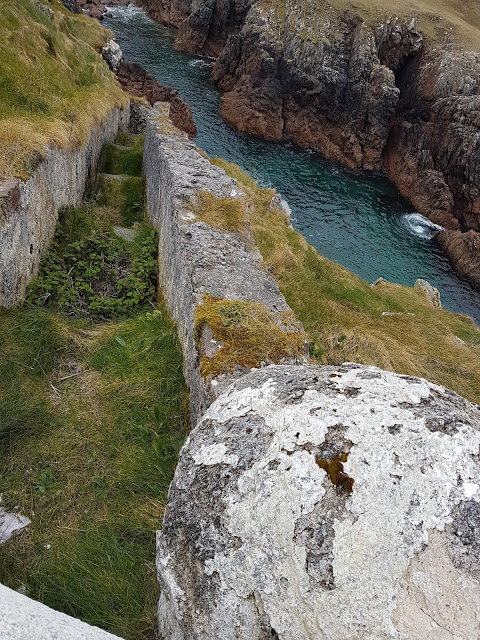 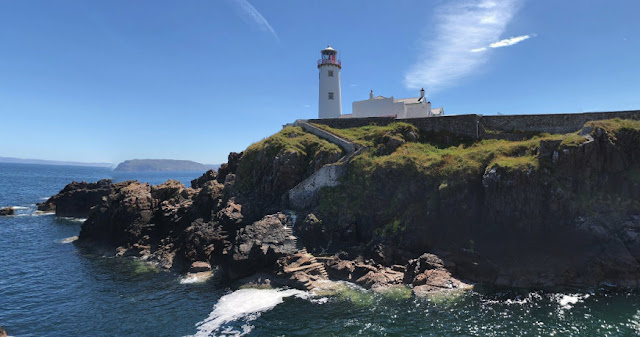 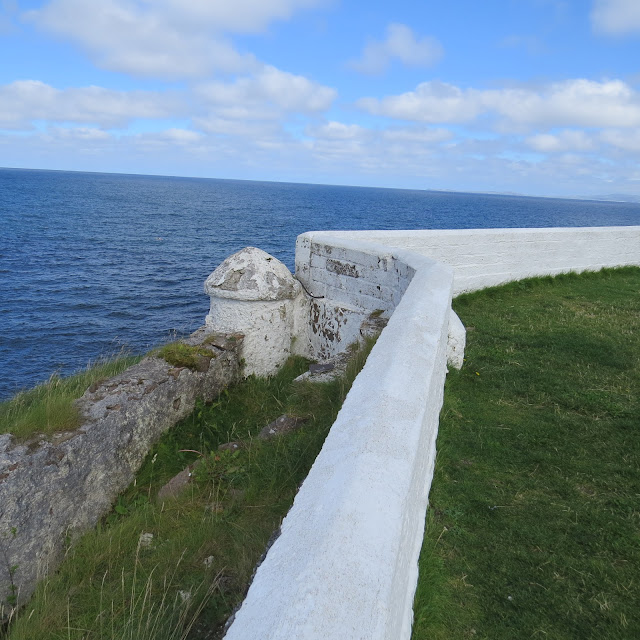