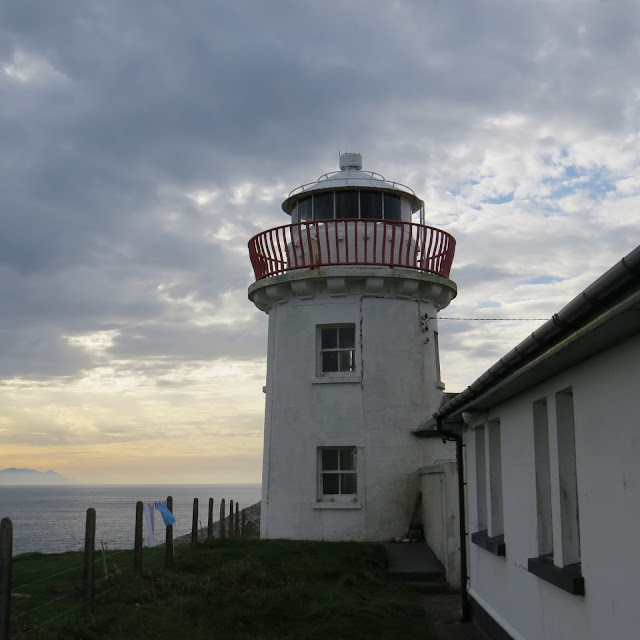 I actually bagged Kilcredaune Head Lighthouse before the two at Corlis Point (previous two posts) but because lighthouse-spotting has probably come to an end for the winter, I preferred to leave this more aesthetically pleasing lighthouse up on my home page, rather than a concrete hut or skeletal tower. To find the lighthouse, it would depend if you are coming from Kilkee or Loop Head. From Kilkee, take the road for Carrigaholt. Go through this village and keep going out the other side. After about one mile, the road bends around to the right, while a smaller road goes straight on. You need to go straight on.
From Loop Head, when you get to Kilbaha, leave the R487 and branch left onto the L2002 to Carrigaholt. About a mile from the latter, the road bends around to the left, but you need to take the smaller road to the right.
Okay, we're both on the same road. The road gets smaller and grassier. Eventually you come to a closed red gate. I suppose you could open up the gate and drive up but I parked up and walked it. its about 300 yards to the lighthouse. 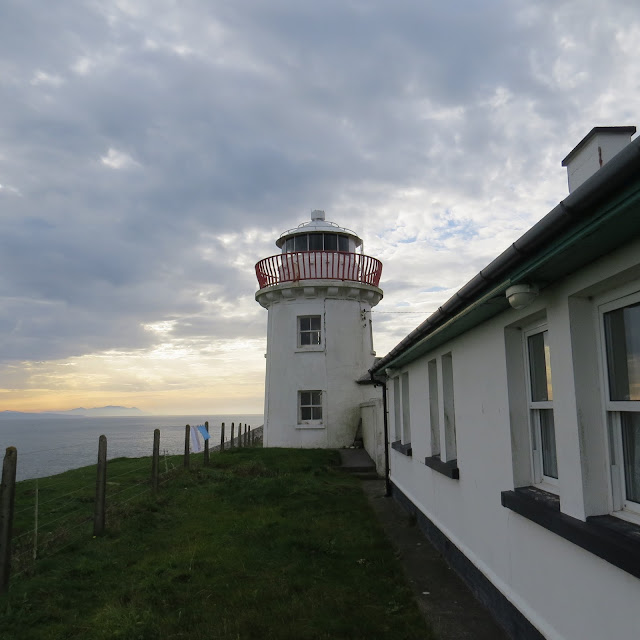 There was a Corsa parked outside so I assumed there was somebody in the keeper's cottage but though I rang and knocked, I got no reply. Your view of the tower is somewhat obscured by outhouses but if you wander around the cottage it will bring you out to the front, where a good photograph can be had. Its a bit squat but a nice looking lighthouse nonetheless. The outhouses are in poor nick. The front door of the cottage looks well worn but apart from that, everything looks okay. The light was deactivated on 3rd March 2011. 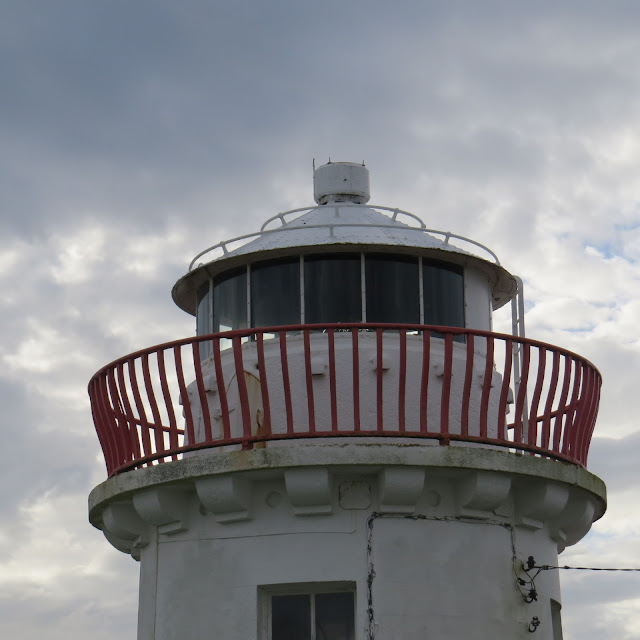 The lighthouse here was established in 1827 and is 13 meters high. It became unwatched in 1929 and fully automatic in 1991. It had a white light flashing one second in six. The white tower is 43 feet high (about 14 meters) 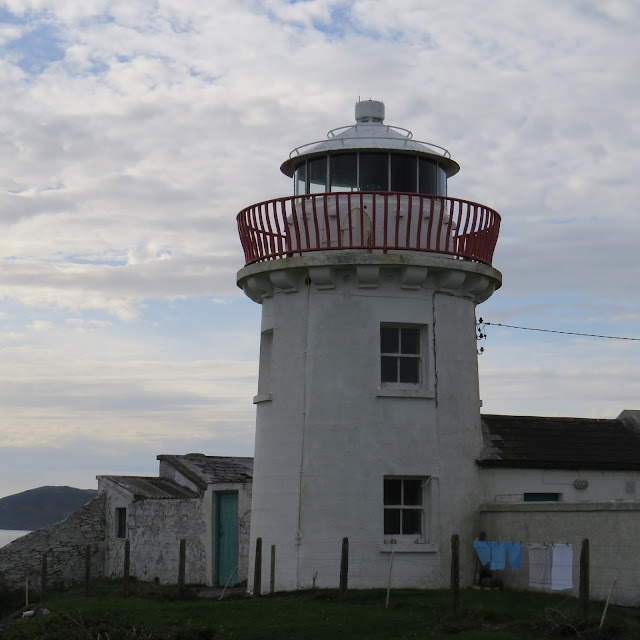 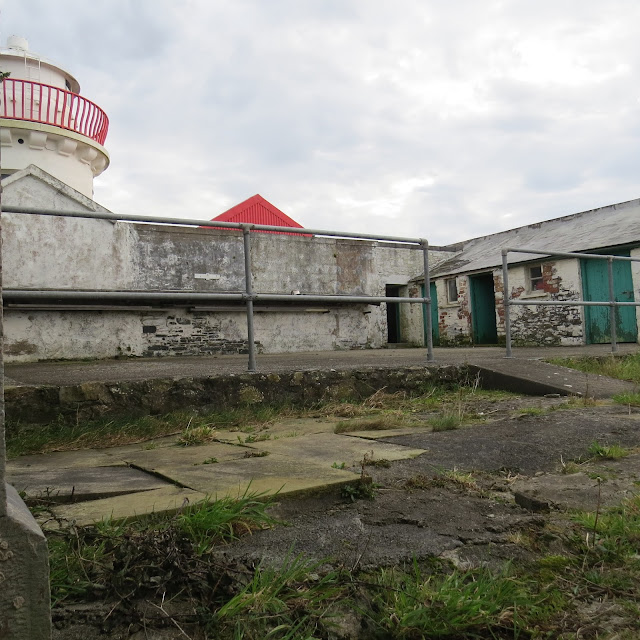 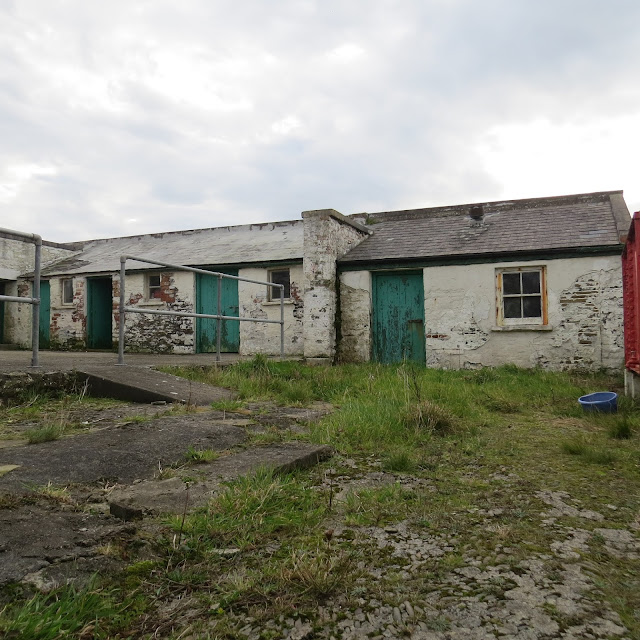 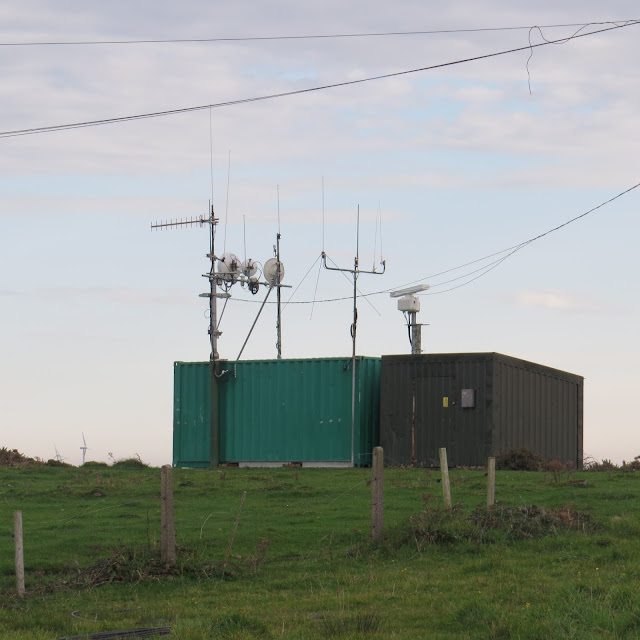 Presumably this is some kind of radar?
Posted by Peter Goulding at 12:19 AM