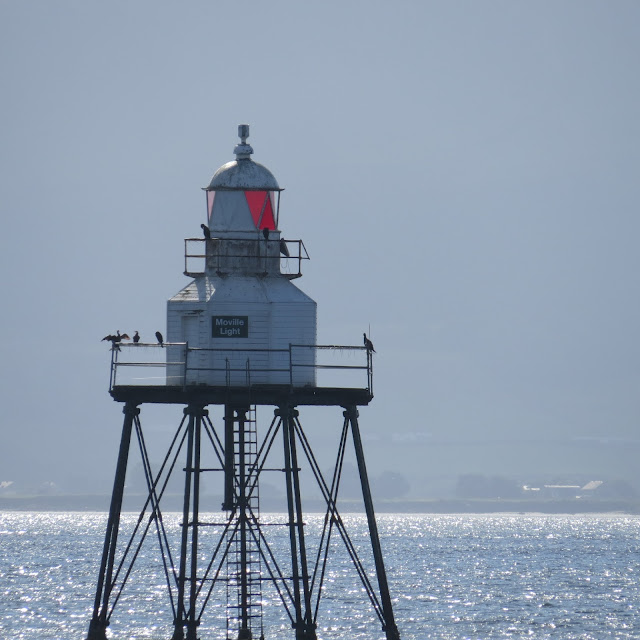 Eight years since I was here last, I have always liked the Moville light. Very neat and tidy and orderly and of course fairly historic too. Its only about 600 yards off shore. Just drive into Moville and take any of the side streets heading to the shore and its readily visible. Built in 1882, this was the largest of a series of pile lights that guided ships down the Foyle to Derry, or Londonderry, whichever way you like to call it. 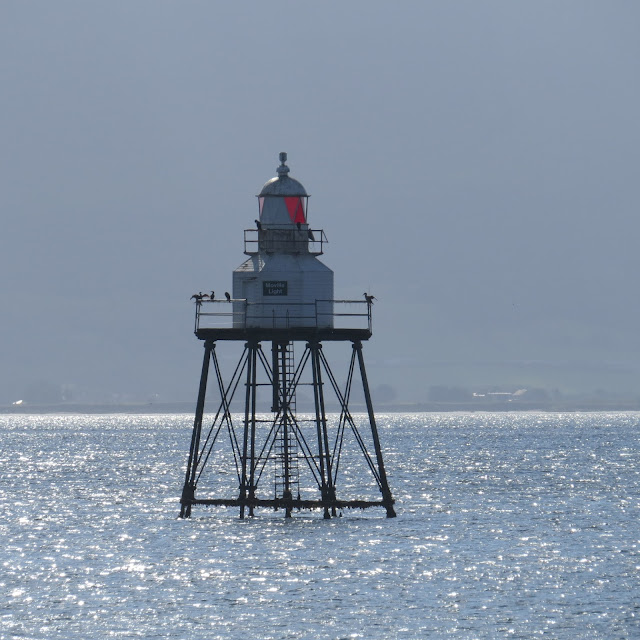 The Eiffel Tower of Moville, as it has been called is 13 metres high and flashes once every 2.5 seconds with a range of four miles. A red sector covers Moville Bank inshore. It was built in 1882 and underwent restoration work in 2008 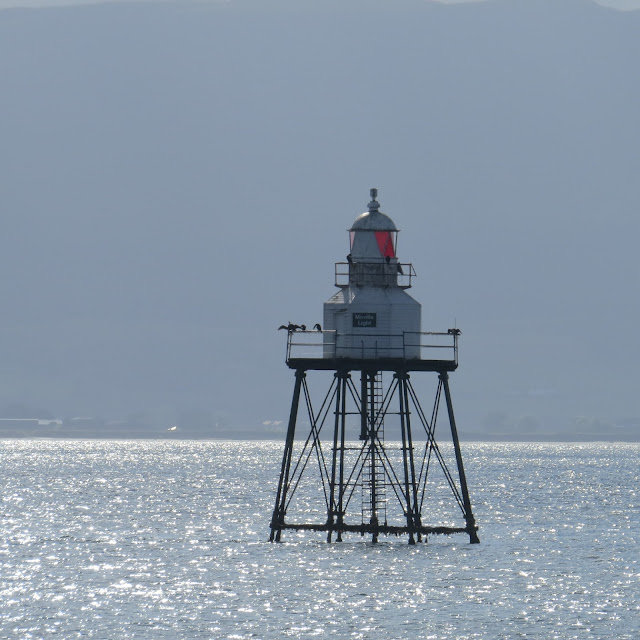 For a long time now, there has been disagreement between the British and Irish governments about the River Foyle. The British claim all the water as their own. The Irish dispute this. The River is therefore managed by a joint body set up especially for the purpose. Posted by Peter Goulding at 1:54 PM