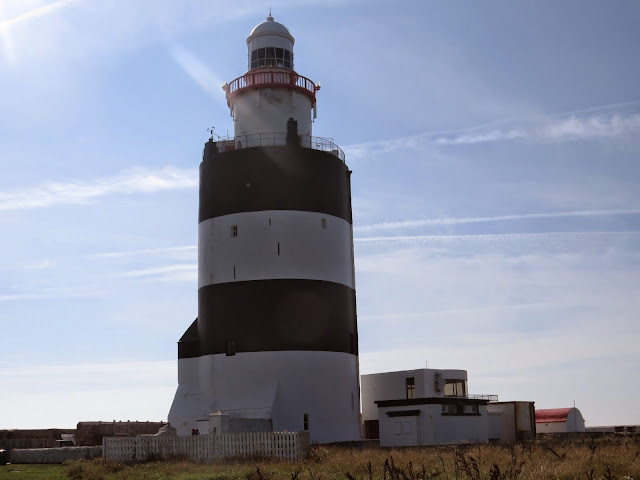 We'd visited Hook about ten years previously, in our pre-digital camera days, but had somehow come away with very little in the way of photographic evidence. We decided to right that particular wrong this time! The last time, we did the tour, so we decided against it as we had a lot of stuff planned. 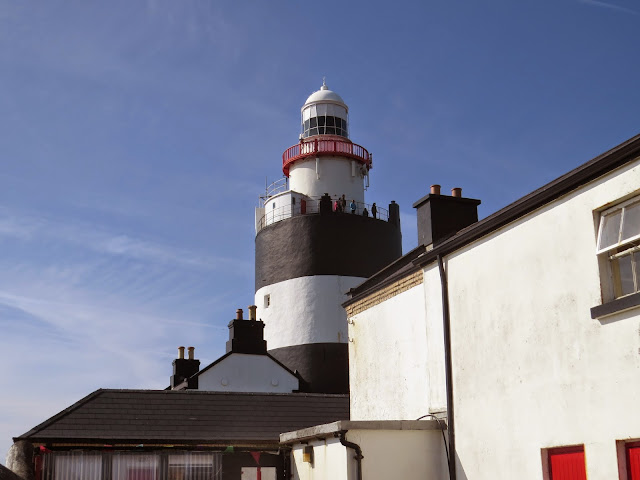 If the Fastnet Light is the most iconic of the Irish lighthouses, then Hook Head is the grand-daddy of them all. The blurb reads that it is the oldest operational lighthouse in the world, though I'm not so sure about that. Okay, the original tower was built in the early 13th Century but it has been built and rebuilt many times since then and it wasn't operational for all those years either. 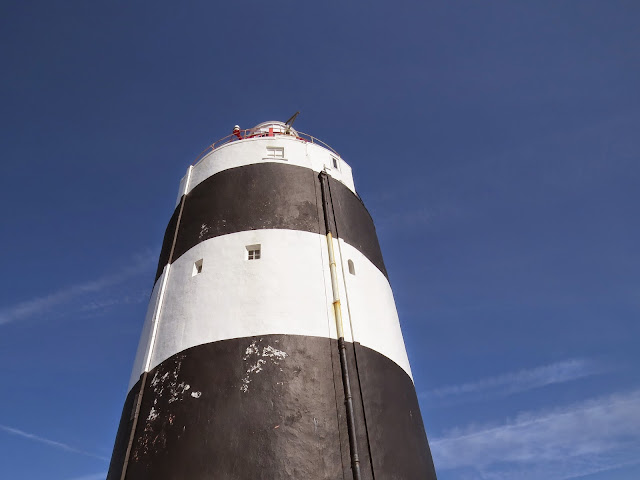 But it is a beauty of a lighthouse. The original tower was built by the Normans to guide ships up the River Suir to the town of Ross. The nearby monks had been installed as custodians of the light, which was a coal fire burning on the tower's top. With the dissolution of the monasteries in the 17th century, the light flared no more but it was one of six tendered for by Robert Reading in 1665. 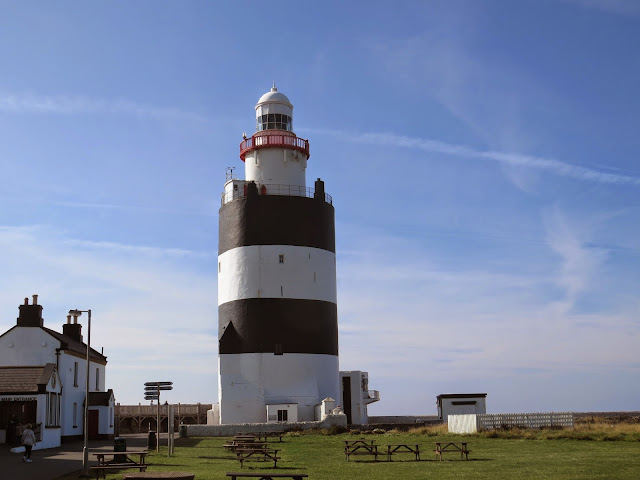 Reading was keen to take the money from passing ships but not so interested in maintaining the light. The keepers were obliged to supplement their income through various nefarious activities and the light sometimes suffered as a result. The coal fire was only replaced in 1791. 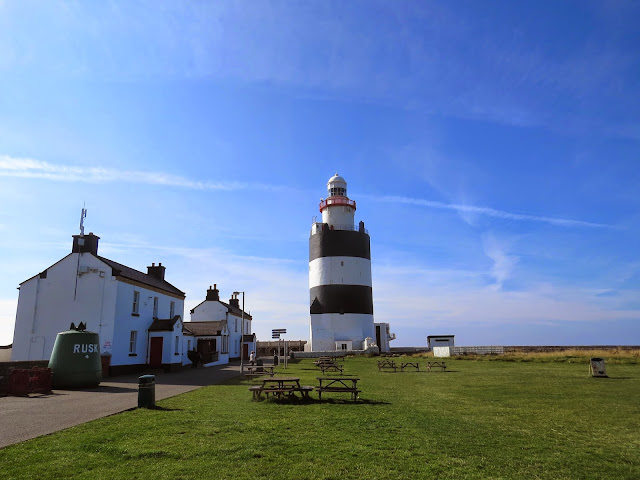 Originally this lighthouse had three red bands instead of two black ones. I always have the impression that this is a rather dumpy tower, not slim and elegant like some. At 152 feet, it is tall enough, but it must have the largest girth of all Irish lights (says he with not a shred of evidence to back this up) 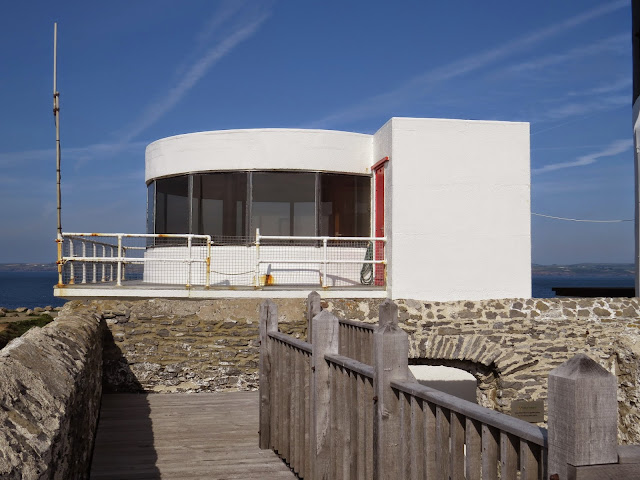 The Watchtower (presumably not what Dylan and Hendrix had in mind)

Posted by Peter Goulding at 1:57 PM