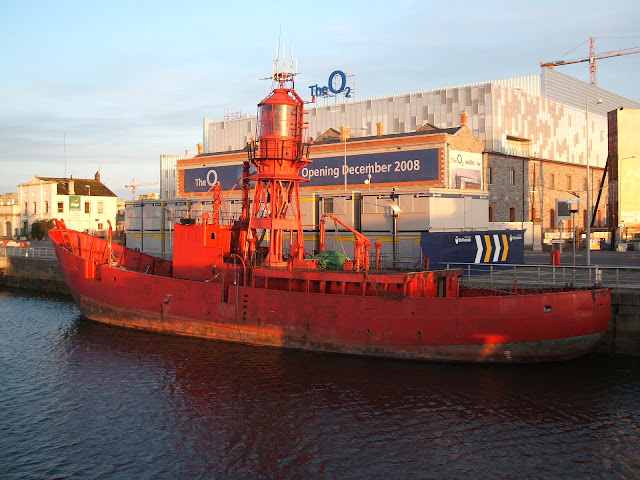 I had been informed that the Lightship Kittiwake (or the Automated Lightfloat - ALF - Kittiwake had been moored at Pigeon House Harbour - Dublin docklands (see previously) After wandering around the South side of the Liffey for hours, asking people where Pigeon House Harbour was, I gave up.
Eventually Simon Coate of the Dun Laoghaire Port Authority was able to tell me that it is actually moored alongside the Point Depot - soon to be the O2 Village - on the north bank of the Liffey 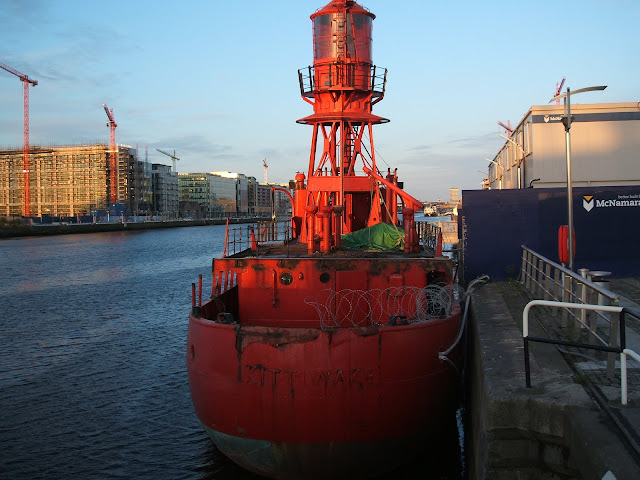 These pictures were taken around 07:45 on the October Bank Holiday morning with the sun just rising up over Dublin Bay. 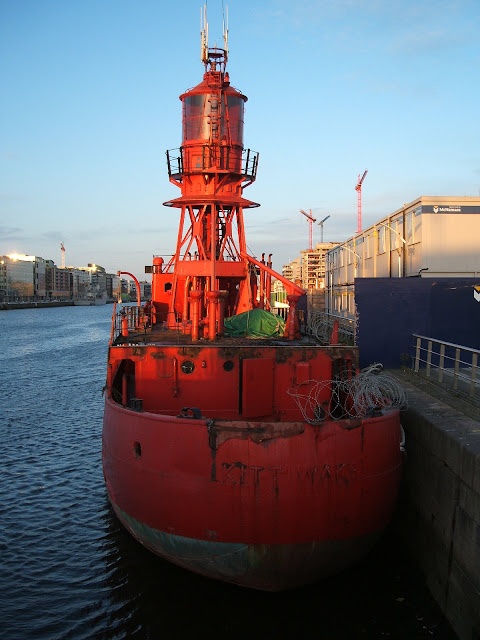 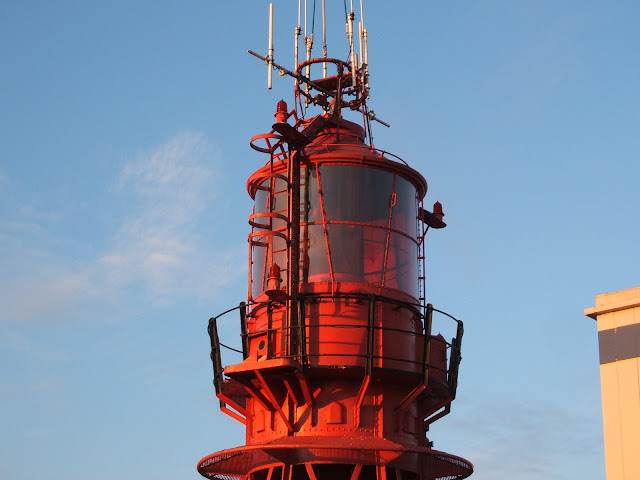 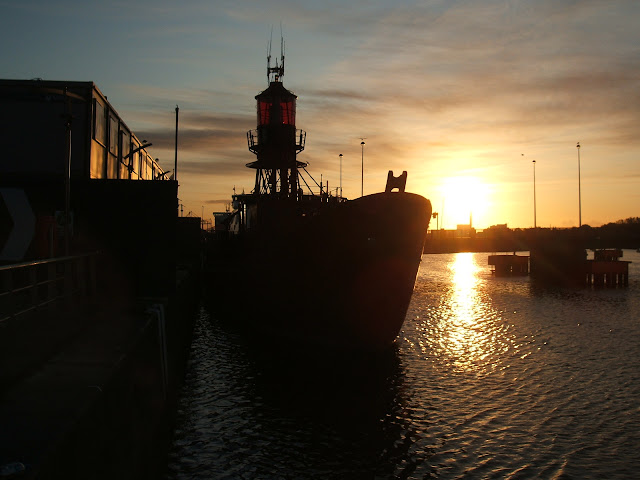 Posted by Peter Goulding at 7:34 AM