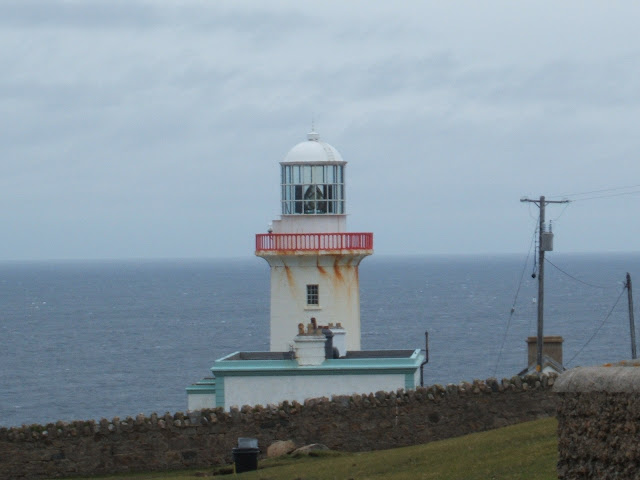 Bikes and taxis are available to hire on the pier, say the guide books. Not in September, they're not. So began the long hike from the pier to the lighthouse on the far side of the island. You go up and up and up. And up and up. And then, for the last mile, down. Its about four miles there, a lonely walk but spectacular views of the bay and at least its all on tarmac.
Although a station was established here in the seventeenth century, it was demolished when Tory Lighthouse opened. However, the current light was erected in 1865 after protests from the islanders.
On the way back, for the first time in 30 years, I hitched a lift from a passing truck! 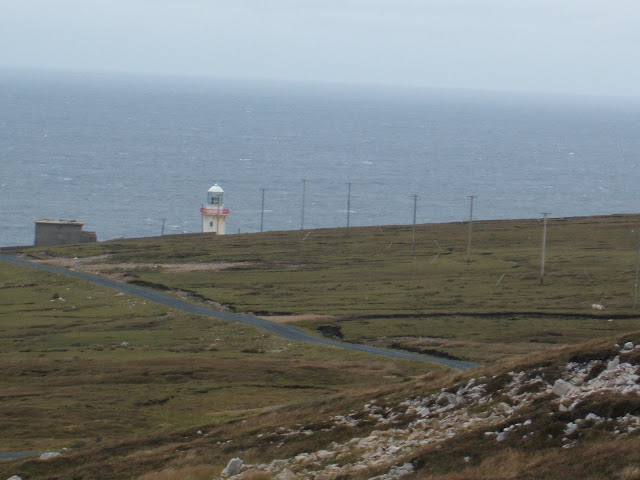 Posted by Peter Goulding at 2:01 AM